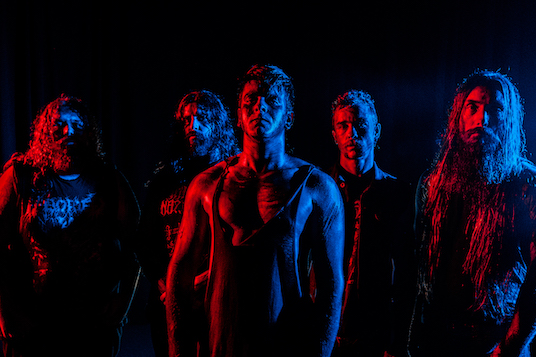 Titled “The Holy Momentum,” the song features guest vocals by Frederik Jensen of MOTHER OF ALLand is a cacophony of blistering destruction and neck-snapping mayhem.

Diving into the song’s meaning the band says:
“This song takes up the responsibility to represent the concept of ‘Lich’ which concerns itself with mind and body synchronicity. This concept can be found within ancient concepts leading back to the ancient myths of Mesopotamia. It is the symbolism of two serpents endlessly chasing one another, it is the DNA helix, etc. The symbol indicates movement, and an endless chase; thus creating a generation of energy and power, a concept crucial to the creation of all art forms. This is the left brain, right brain, Apollo and Dionysus, or mind and body. In order for one to generate the power and energy needed to go the distance along the journey, the soul must be nurtured by the experiences and stresses put on both mind and body. This song represents the endurance through all forms of extreme resistance against the path forward.”

UNBOWED is a melodic death/black metal band formed in Guelph, ON, Canada in 2011 and consists of Ioan Tetlow (Vocals), Steven Rowlands (Guitars), Aiden Watkinson (Bass), Alex Snape (Guitars) and Cory Hofing (Drums). The band has to date released two full-length albums, two EPs, and two singles and is now gearing up to release their third full-length album and strongest effort to date, the 10 song LP “Colour the Soul.” 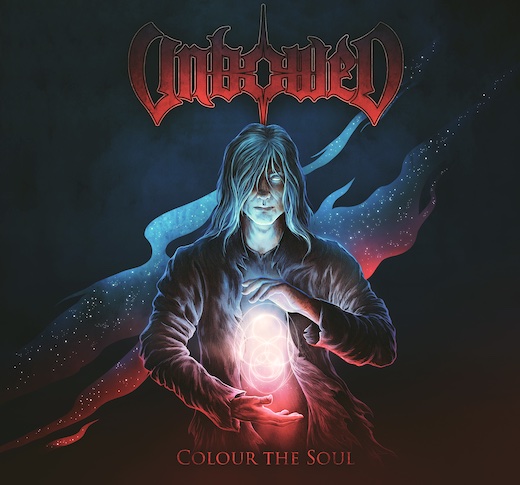 “Colour the Soul” features artwork by illustrator Marta Sokołowska, who is also created the art for their debut self-titled EP released in 2013. The album was written and recorded by UNBOWED at Nomadic Arts Studios in Guelph, ON, Canada, mixed and mastered by Alex Snape and features guest appearances from Joel Violette (Thrawsunblat, Woods of Ypres), Mathias “Vreth” Lillmåns (Finntroll, And Oceans, Dispyt) and Frederik Jensen (Mother Of All, Plained).