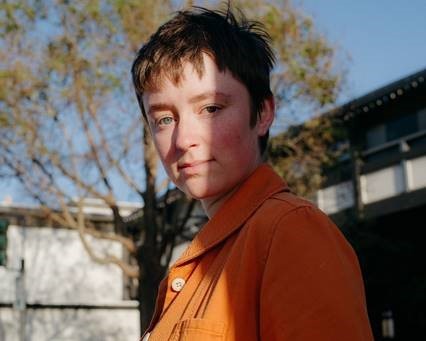 With a keen ear for melody and a palpable sense of empathy, Taylor Vick of Boy Scouts picks apart all the confusing and contradictory ways that people glance off of each other while moving through their lives. Her music is an invitation to shake off the weight that has been dragging you down, to lighten your step and keep moving forward no matter what lies ahead. Out now is her first new music since last year’s critically acclaimed debut LP Free Company; listen to the single “Wish” HERE.

“This song is an ode to reflecting on the past,” Vick explains. “Sorting through waves of nostalgia, and hoping for a future in which reflecting on aspects of the past can feel good, and what a privilege that is.”

Raised in California’s Central Valley on country music and The Carpenters, Vick picked up her first guitar in fourth grade. She started writing her own songs not long after, inspired by acoustic guitar-wielding radio icons like the Dixie Chicks and Michelle Branch. For Vick, writing and recording songs is a little like journaling, a way to make sense of the present and shuttle it off into the past. But her intimate compositions soon attracted a strong following of listeners. She may have been writing for herself, but she struck a far-reaching chord.

This spring Boy Scouts will be performing at SXSW in Austin (US) on March 18th-20th and at the Pitchfork Music Festival in Chicago (US) on July 18th.