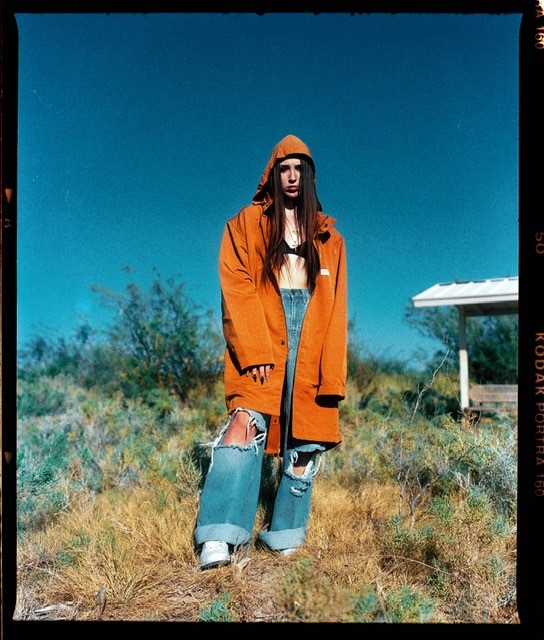 Las Vegas based artist Kami Kehoe fuses old and new soul to create a sound that transports you to another universe. With her soulful, unique vocal style and ability to craft a sound which dances between genres, Kami has cooked up something which is undeniably special.

Introduced to music by her parents, Kami has been playing the drums since she was just three years old. Quickly developing an affinity for the instrument, this propelled her through her early teens where she would perform in a band with siblings for several years.

Now, Kami writes, produces and performs everything herself, taking complete creative control over her sound, resulting in an honest and distinct delivery. Her relatable music sees each song narrating a story, told to show others that they are not alone in their discomfort.

Her latest single “Test Dummy” sees the artist taking a leap with her style, experimenting with new genres and developing her overall sound. Written during a period of heartbreak, Kami suddenly came to a realization that she was stuck in a constant cycle with her relationships sharing, “Someone who is broken or who has unhealed trauma will come in my life, I will unintentionally help them understand and deal with their pain and once you open an untreated wound that has been under a bandage for years it hurts. It’s like putting alcohol on a cut to heal. But it ends up healing. And I feel like I was that alcohol for a lot of people in my life, But In the process of helping them become better I would get hurt. I would get hurt because they’re hurting, and unfortunately I don’t think any of them meant to do that, I just think hurt people hurt people. The concept of the song really means I was just there for them to use. Like a test dummy.”

With a slow, melancholy atmosphere “Test Dummy” is the ultimate heart-wrenching song, with Kami’s passionate and emotion-driven vocals soaring atop alternative, indie/rock instrumentation. She mournfully sings, “I wish you were the man you said you would be, but I found the other side of you, I helped find the man I wish you could be, I’m a test dummy to use.”

With the desire to bring new sounds and new perspectives to the world, Kami Kehoe is poised to be one of the most exciting new voices of her generation.