Tomberlin – From A Flower To A Garden 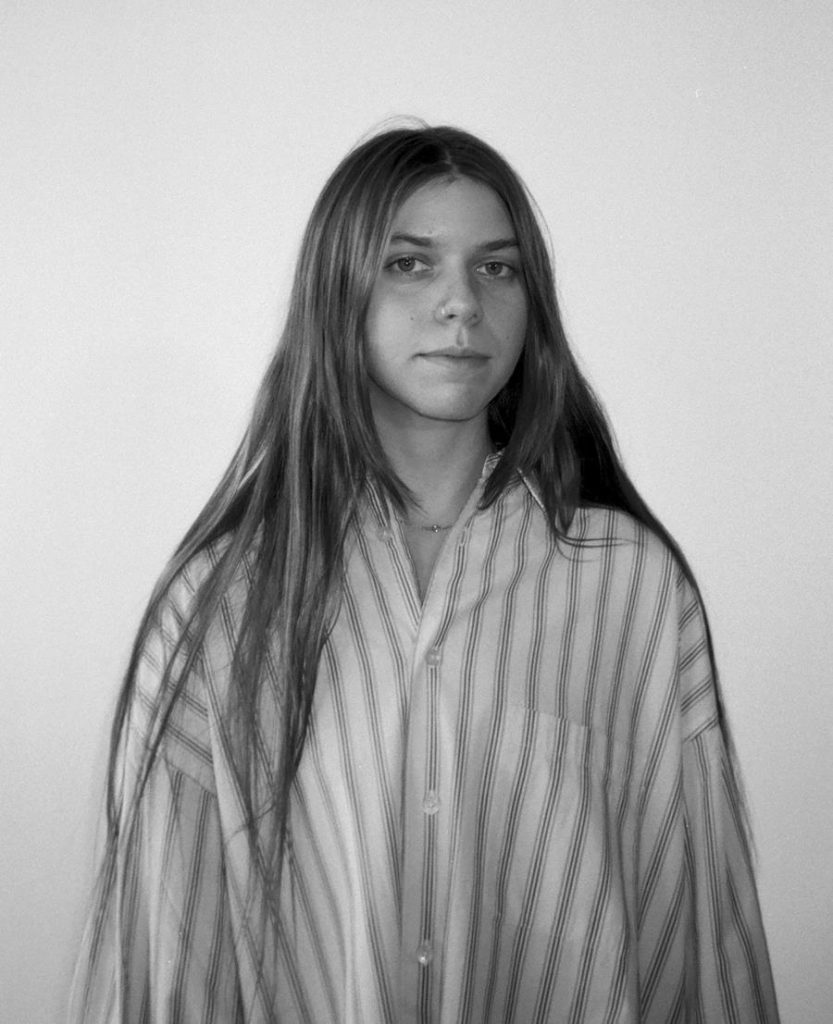 Tomberlin releases a video for “sunstruck,” an unconventional love song and the charming new single from her highly anticipated new album i don’t know who needs to hear this…, out April 29th via Saddle Creek. The video was directed by Ryan Schnackenberg.

Tomberlin is hitting the road this spring on US and EU tours. The solo EU tour kicks off next week in Paris with support from Maia Friedman and the full band US tour starts on May 13th in Somerville, MA with support from Jana Horn.

“This is an aerial view love song that is also not a love song. It is more a love song to forced distance, time alone with yourself, letting go, searching for yourself and the healing that takes place when you make those things an active focus in your life,” says Sarah Beth Tomberlin. “These things are choices, they don’t just happen on their own. You can choose to practice them or you can choose stagnancy. This is a love song to the growth that often can take place if you choose to tend to your own life’s garden.”

ABOUT I DON’T KNOW WHO NEEDS TO HEAR THIS…  People are not doing well. People are struggling – with work, and with living together, and with loneliness. People keep calling and forgetting what they were going to say. People have a lot to grieve. People are going to love the new Tomberlin album, i don’t know who needs to hear this…, because it is all about their pain and yet is pleasant as well as interesting to listen to, resonant with the sense that in these times it’s best to be uncertain.

“The theme of the record,” she explains, “is to examine, hold space, make an altar for the feelings.” Hold space: Tomberlin’s songs do it literally, making it heard space. Her full-length debut, At Weddings (2018, Saddle Creek), was widely praised for the sparsity and delicacy of its instrumentation, especially in contrast with the emotional heft of her lyrics.

Here, the space feels larger and holier, built to echo. Pedal steel. Old acoustic guitars, freshly plucked. A drifting synthesizer. Chill, brushy percussion. Ambient, expansive clarinet and saxophone. Aleatory piano trills, a lot of piddling with the occasional splash. The looseness and wideness of the arrangements conveys a tender regard for their parts, as though each arpeggio, loop, scratch is a found shell or feather in the hand. Then there is the instrument of her voice, which has the endearing quality of being perfectly tuned but reluctantly played. “I’m not a singer,” she sings on “idkwntht.” “I’m just someone who’s guilty.”

Tomberlin is Sarah Beth Tomberlin, a pastor’s kid born in Florida, raised in rural Illinois. She wrote the majority of her debut while living at home. For a while after leaving home and church, she lived in Louisville, Kentucky. She worked a day job and kept writing songs. She posted some of these songs to Bandcamp, which led to her signing a record deal with Saddle Creek, and her debut album, At Weddings. It all happened fast: Less than a year after her first live show, she performed on Jimmy Kimmel and she ended up moving to L.A. which is where she wrote Projections (2020), her EP followup to At Weddings, though she recorded it in Philadelphia.

During the pandemic, Sarah Beth was all over the place, physically and mentally. Louisville. Los Angeles. Back home in Illinois for a bit. Brooklyn, where she’s now settled, she says. Brooklyn is also where the album was recorded, at Figure 8 studios over the course of two weeks, with producer and engineer Phil Weinrobe (who played a variety of instruments on the collection), and later mastered by Josh Bonati, also in Brooklyn.

Her process of creating songs can feel like a conversation she’s having with herself: Often, she says, she will open a notebook to jot down a line or phrase only to find a whole song in her mouth, gleaming and intact like a triggered memory. Later she’ll decide what it means—or not. “Questions last forever,” she says. “A lot longer than answers do.”

Fittingly, much of i don’t know who needs to hear this… was recorded live. People laughed and cried and joked and dug deep into their emotional reservoirs. People followed Sarah Beth’s lead, and the crystalline songs she’d written, and they also improvised and brought themselves to the sessions. It felt more like a community gathering than a recording session—but it was efficient and specific, as the 50 ambitious minutes of i don’t know who needs to hear this… attest. And, while Stuart Bogie, Shahzad Ismaily, Cass McCombs, Gyða Valtýsdóttir, Felix Walworth, and Doug Wieselman, to name a few, each contributed a variety of sounds, even with such a large cast of players, Sarah Beth is so clearly at the center. And, importantly, it still sounds peripatetic, as are her influences: Joni Mitchell, Frank Ocean, Grouper.

“My first record, I made it without knowing I was making it,” she says. “I was writing songs to process stuff from my personal life as it was happening, and then suddenly everything was happening really fast. Record label, tour, press, all this momentum and a lot of advice about my career, which, you know, I never even expected to have. So I think when I started to write the second record, I felt a lot of pressure to make it sound collected and profound, almost like a book—chapters, a narrative, everything nicely wrapped up.” But arcs don’t really suit her. Loops do.

She is still asking what belief is worth. On “easy,” the bruised and swelling opener, she sings about 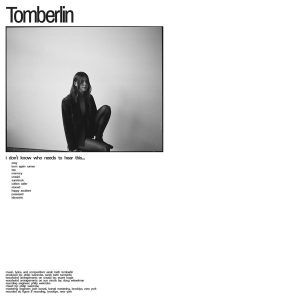 the difficulty of being loved. But that’s as close to ironic as she plans to get. Sincerity, for Tomberlin, is a way of life. “I love the people / playing songs in the park / guitars for babies / instead of people in the bars,” she says on “tap.” When she made her debut, she was barely old enough to drink; four years later, she sounds like she’s been sober for a decade. California sober, anyway… The besotted, breathless, wordy appeal of “wasted,” the lead single from Projections, has given way to the measured remorse of “stoned,” a song about love’s expiration, on i don’t know… Sometimes the most meaningful thing you can say is just what happened. Like: “After the party I walked home / alone.”

The last, titular track on i don’t know who needs to hear this… is also the first song people got to hear from the album, a choice that affirms its author’s faith in the simultaneity of beginnings and endings. It sounds more like a children’s song, says Tomberlin, than like a hit. That too is intentional. Felix Walworth sings one step behind her, like they’re learning the song, not performing it. The melody is simple, irrepressible. The words—I don’t know who needs to hear this—start sounding hopeful. No advice to follow. Just vibrato. Might as well throw up your hands, think: Isn’t it funny how a gesture of resignation can be the same as a gesture of freedom? To let go is to find freedom.