Bleed From Within – This Song Is For You 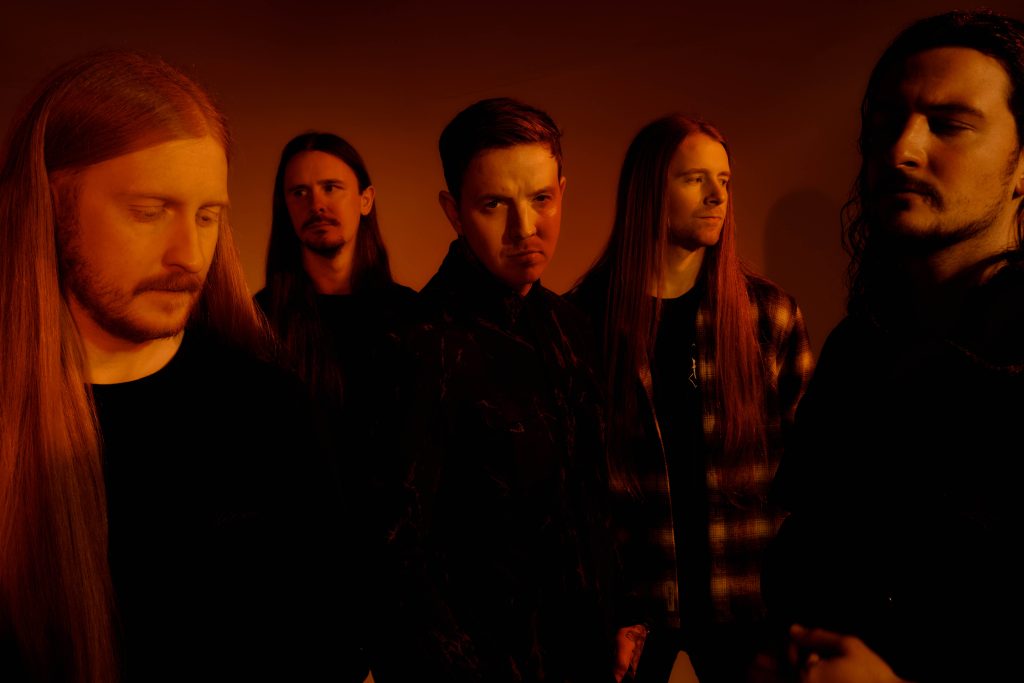 Ascending above a multitude of challenges that the past few years have spewed up, last month, Bleed From Within officially launched the most extraordinary chapter of their career, revealing that new studio album ‘Shrine‘ will be released on June 3rd. Stunning first tracks ‘I Am Damnation‘ and ‘Levitate‘ have forcefully staked their intent, cementing their place as one of the most exciting prospects in modern metal.

The Scottish 5-piece have raised the stakes again, delivering a devastating third single, ‘Stand Down‘. Acerbic and indignant, the track lashes out at the injustice of the last few years, and those spreading lies. It’s a call to arms, and a groove-metal masterpiece.

Ali Richardson stated, “Stand Down addresses the conflict that we’ve seen so much of over the last 18 months. Being locked in the house and having to watch these tragedies unfold on the screen in front of me, I couldn’t help but feel hopeless and sickened by the actions of those responsible. We are battling with that rage throughout the start of the song then by the time we reach the end, we are reflecting upon the possibility of more violence and asking if society has really learnt anything from its past mistakes. I’m sure most people reading this have felt the same anger and frustration in recent history. This song is for you.”

Bleed From Within have also announced the very first Shrine headline tour dates, set to take place across Europe in December. See all dates below – tickets are on sale now! 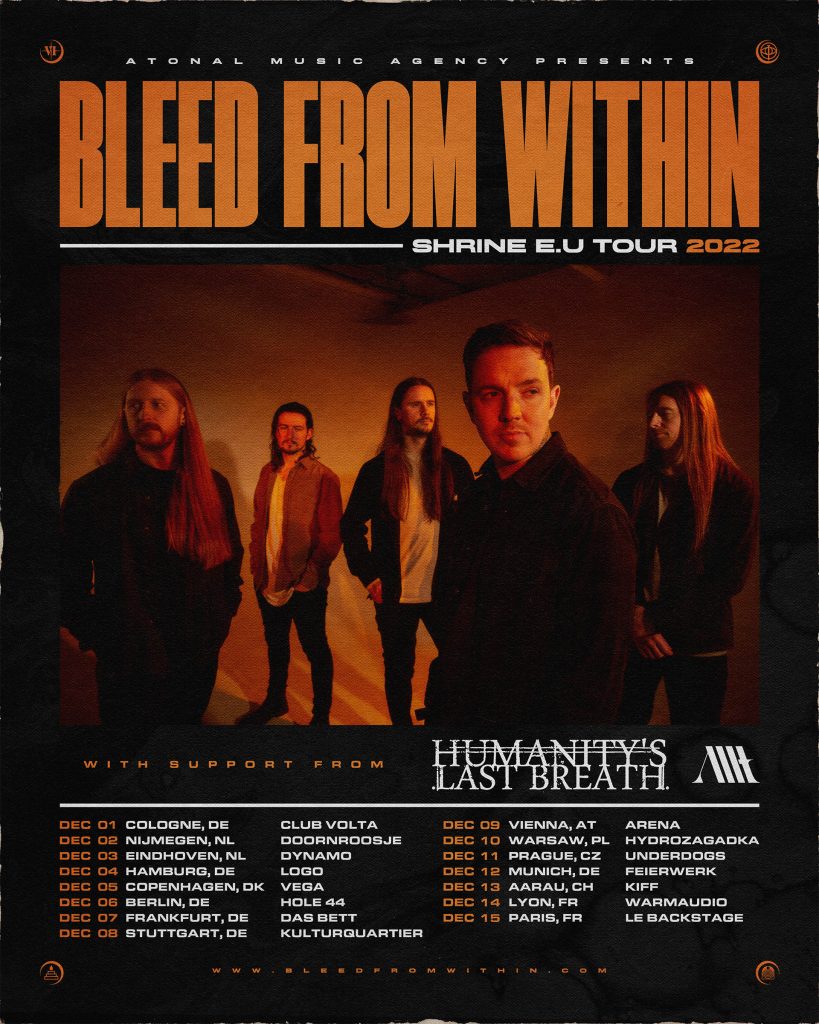 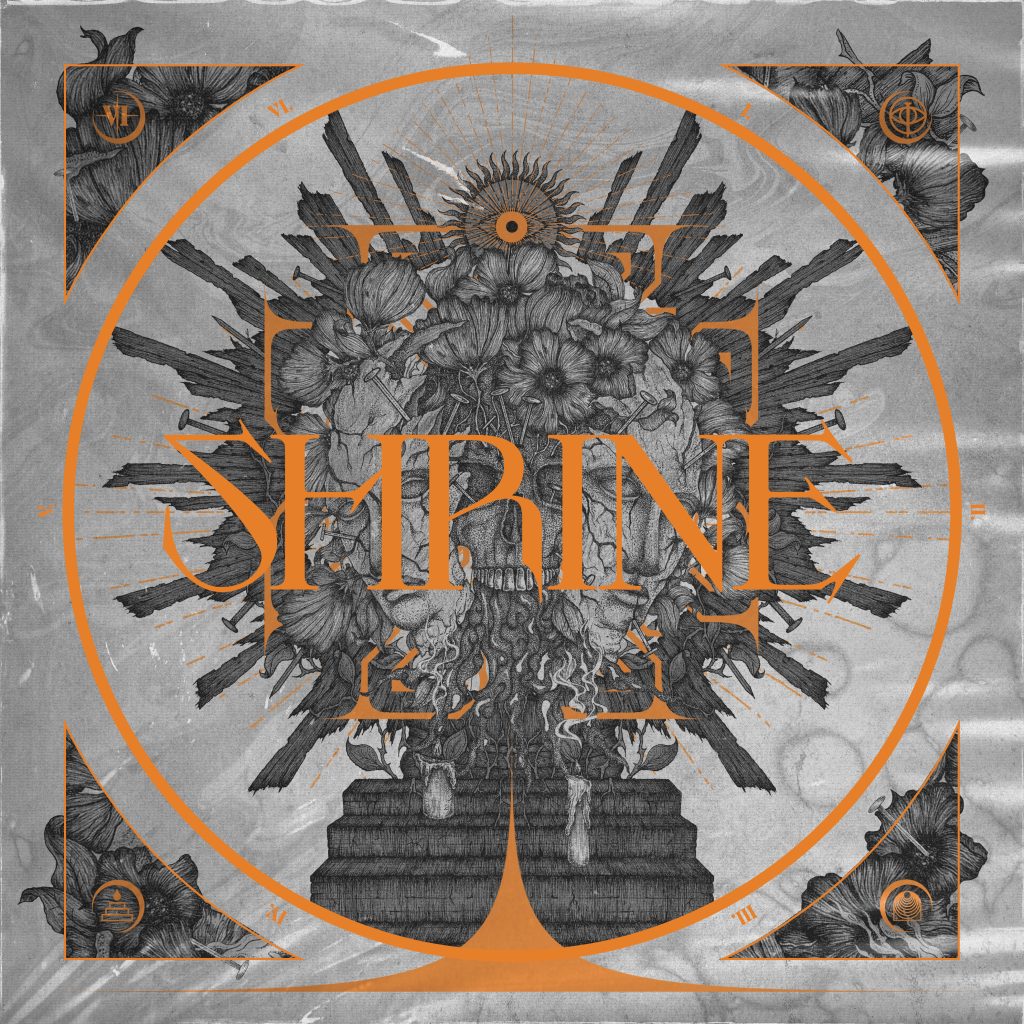 ‘Shrine’ will be available in the following formats:

Catch Bleed From Within live at the following summer festivals, where they will be debuting tracks from ‘Shrine‘ on stage. More dates to be announced soon!

Bleed From Within have been to hell and back, but they are no strangers to enduring hardship. When a global pandemic threatened to shut down their plans, the Glaswegians collectively raised five middle fingers and pressed on. It’s no surprise that this unstoppable riff machine continues to crush forward at such a frantic pace – there’s no putting the breaks on the heaviest band to ever emerge from Scotland.

The band’s reputation as one of the most formidable forces in modern metal has earned them tour slots with Megadeth, Lamb Of God, Testament and Heaven Shall Burn, to name just a few. 2021 saw them dominate the UK live scene; selling out their largest ever headline tour in November, capturing hearts on Bullet For My Valentine’s arena tour, slay a Lamb Of God livestream support slot, alongside (literally) blazing performances atDownload Festival and Bloodstock Festival.

‘Shrine’ has taken the most graft to put together of any record in their catalogue, challenging their self-perception on both personal and technical levels – the culmination of two years hard work that embodies their artistic might. Armed with the learnings of evolving their sound over the last decade without ever losing sight of their DIY roots, this is Bleed From Within at their very best. There’s no denying the band’s inevitable next steps are world domination, with ‘Shrine‘ a turning point moment.