GUISE – Fumbling In The Nooks And Crannies 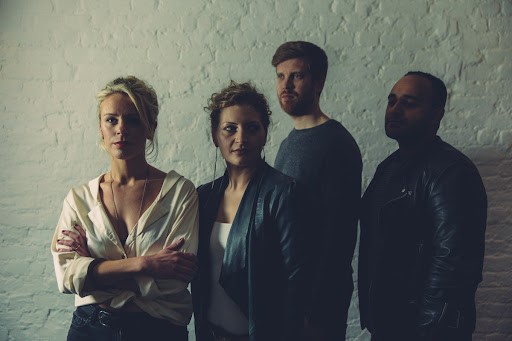 London four-piece GUISE are joined by Emily Barker on sublime new single ‘I Know When You Leave’.

Ahead of the release of their debut album Youngest Daughter (due 29th April via Xtra Mile Recordings), the latest offering from London-based GUISE is a dazzling, vocal harmony led track that sees the foursome joined by singer-songwriter Emily Barker.

Grappling with the hardship that comes with being apart from someone you love, the track is as sublime as it is stirring with frontwoman Jessica Guise’s emotive lyricism brought to life with lush vocal harmonies and sparse instrumentals.

Discussing the story behind the heartfelt new track Jessica explains:

“I wrote the words to ‘I Know When You Leave’ on a bus in Italy, and the tune came to me later back in London, Separation from the person I love is a pretty normal part of my life, but that doesn’t make it easy all the time; things are generally just a bit worse when we’re apart, and that’s what this is about.”

Recorded almost completely a cappella, with a subtle measure of floaty keys tumbling in towards its crescendo, ‘I Know When You Leave’’s barren instrumental landscape adds to the sense of longing and isolation at the track’s core.

On this decision to strip things back for ‘I Know When You Leave’, Jessica adds:

“I always wanted it to be an a cappella track, it just arrived that way in my head. Laura and I spent some time working up harmony lines and the lovely Emily Barker lent her gorgeous vocals to make it a trio.” 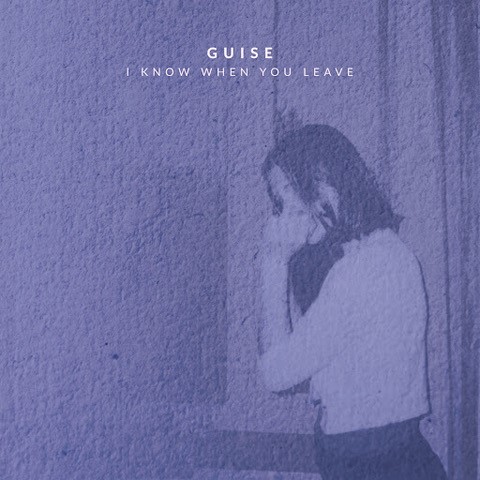 Following on from the release of earlier single and country-pop hybrid track ‘Don’t Come Back’, ‘I Know When You Leave’ is a stunning second glimpse into GUISE’s debut studio album, set for release next month. After gaining praise with their 2020  EP The Fun Part — which saw the band tour with Jess’ husband and occasional collaborator Frank Turner — GUISE are set to enter a new chapter this year with Youngest Daughter, a record filled with affecting singer-songwriter tunes written from the heart, during a particularly poignant passage of personal reflection, self-love and more.

LATEST SINGLE ‘I KNOW WHEN YOU LEAVE’  OUT 25TH MARCH

Due for release on 29 April 2022, the record comes two years after the band’s last project and reflects on the mania that has passed in the interim. Discussing the forthcoming album, Jessica says:

“Youngest Daughter is a (mostly) autobiographical, story-so-far record. It’s home to memories and moments spanning decades of my life; it includes some songs I’ve been carrying around safely in my back pocket for years, and others that I’ve recently finished and am throwing straight out into the world. It’s an honest, personal, and self-deprecating wander through the various ways I’ve tried to follow my heart over the years.”

Across its 13 tracks, Youngest Daughter takes the listener on a voyage of love, loss, hope and personal growth; offering tender reflections on music, friends, family and all the twists and turns life can throw at you.

Produced by Frank Turner and recorded, mixed and mastered in his and Jess’s garden studio, Youngest Daughter is an album that has spent years in the making. With some songs dating back nearly seven years, they have been given a fresh lease of life and contemporary feel for 2022. While taking inspiration from the likes of Dar Williams and Stevie Nicks, the various backgrounds of GUISE’s band members in funk, soul and jazz also give the record an eclectic feel that will endure repeated listens. As fiddles and flutes pipe up amongst songs centred around Jess’s cooing vocals and layered harmonies, its lush arrangements are married to a production that’s as sweet and soulful as the characters of the songs themselves.

Working on this project across the pandemic GUISE ran into unexpected complications due to the restrictions of lockdown. With bassist Titas seemingly stuck in Germany without his bass for just short of a year, and mixing households still forbidden, it wasn’t the easiest of processes for the group. Despite this, the band still managed  to curate a perfectly translucent album with a unique origin story.

“It seems appropriate that a record about fumbling towards the good things was a bit of a fumble to make itself, and holds little pieces of our musical journey in its nooks and crannies.” 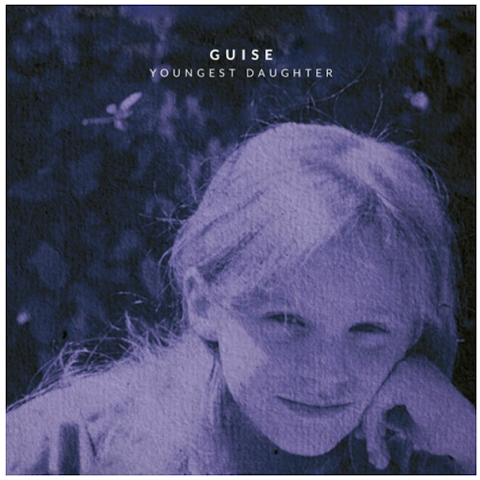 Youngest Daughter is a beautiful accumulation of GUISE’s work so far and the summation of Jess’ own personal journey to date. An ode to acknowledging past pain and using it in your stride to celebrate new beginnings and richer memories to make, their debut album finally arrives in 2022.

This Spring GUISE will be heading out a UK tour in support of Will Varley, with shows in London, Liverpool, Newcastle and more. Full dates listed below…