THE SUBWAYS – Rock ‘Til They Drop 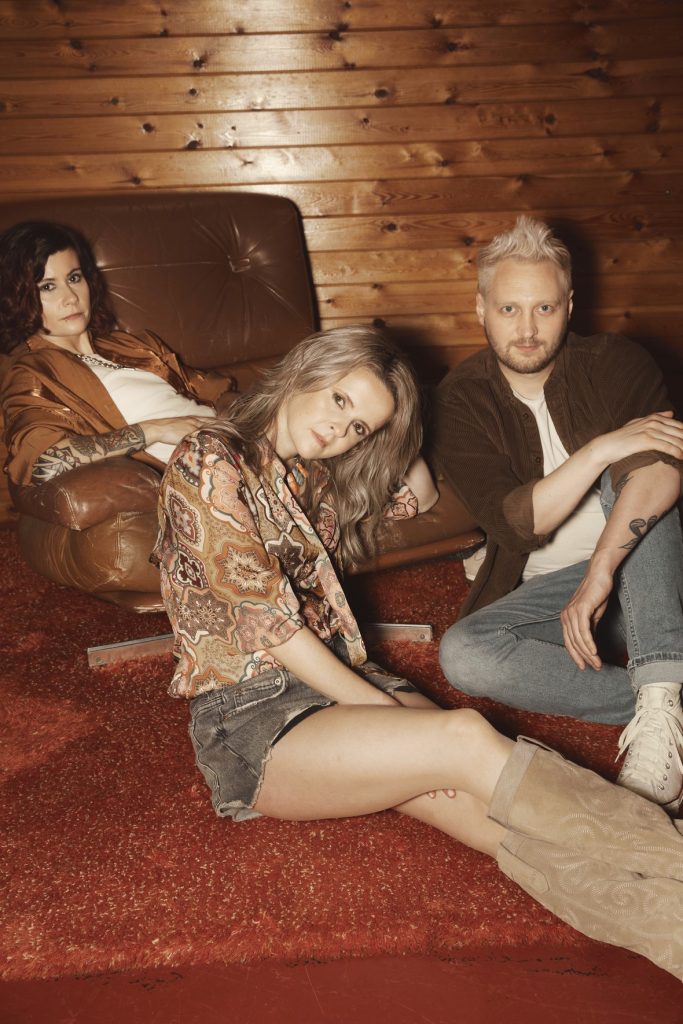 Perennial Indie/Punk Favorites THE SUBWAYS Releasing New Single “You Kill My Cool” Off Upcoming Album Due Out Later This Year.

Alternative rockers The Subways are back with a new single titled “You Kill My Cool,” which will appear on the trio’s upcoming album, due out this Autumn.

Lead vocalist Billy Lunn says, “You Kill My Cool was written at a time when I felt love so strongly that I wanted to be consumed by it, to give myself over to it entirely. I recognised a self-effacement in this feeling, as it was a willing submission or surrender that was as much destructive as it was productive. You become ecstatic, beside yourself, and not what you were before. Time stops but moves too quickly, you grow but you also diminish, you feel pleasure alongside immense pain.

The one you love is more than just a single number amongst seven-billion others, more than a profile picture or a name by which you call them. They’re godlike – and with such power, they can send you to a state of nirvana and they can demolish you. Either of which continues to enthral.”

THE SUBWAYS remain one of the most exciting live bands on the current touring circuit, thrilling crowds with their explosive rock sound and wild stage performances.

Back in 2005, with an average age of just 18, Billy, Charlotte and Josh crashed onto the international music scene with their debut album ‘YOUNG FOR ETERNITY’, and their rock-club floor-filling single ‘ROCK & ROLL QUEEN’. The NME proclaimed them “The sexiest thing to sweep rock n roll off its feet in years!”. An appearance on American smash teen drama THE OC and in Guy Ritchie’s London Gangster flick ‘RocknRolla’ has helped make the track a Spotify Rock Playlist mainstay. https://open.spotify.com/artist/4BntNFyiN3VGG4hhRRZt9d 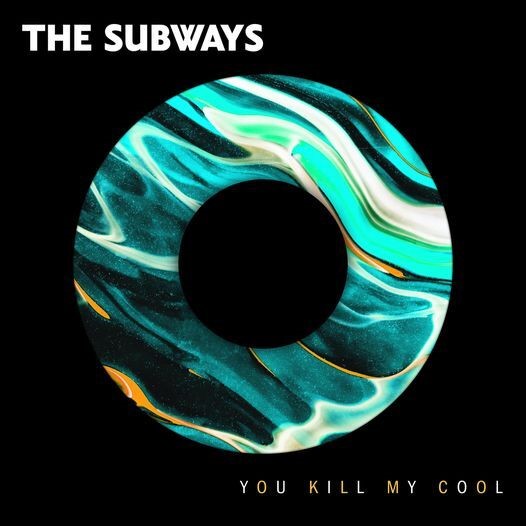 The band have released four albums to date. Their sophomore, ‘ALL OR NOTHING’ (2008), was recorded in LA with heavyweight producer Butch Vig and, is “Buoyed with emotional heft and supernova guitar riffs, wired around a maturing song craft” (MOJO). The tracks were written at a time when Billy was battling to save his voice following surgery to remove nodules from his vocal cords. ‘MONEY AND CELEBRITY’ followed in 2011, filled with “brilliantly anarchic punk-pop vignettes; each being a big musical finger that sticks it to financial greed, the mediocre mainstream and the fame fetishists” (ROCKSOUND) and included the Radio 1 A-listed single ‘WE DON’T NEED MONEY TO HAVE A GOOD TIME’. Their self-titled 4th album saw the emergence of singer and songwriter Billy Lunn as a producer, as he took control of engineering and mixing duties and is “On Par with the best things they have ever written… and finds the band energized, focused and battle-ready” Q Magazine.

The global pandemic, though cutting short their 40+ date international ‘Young For Eternity Anniversary Tour’, has kept Billy busy in his newly-established Hertfordshire studio, with Charlotte and Josh in their respective homes focused on remotely recording Album 5. Makeshift under-stair vocal booths were constructed, and the album is now ready for a summer, 2022 release alongside a full European Tour (https://www.thesubways.net/gigs).

In April 2021 the band signed to ‘Alcopop’ and released the politically-charged, Black-Lives-Matter-inspired single “Fight”, which they describe as “a letter in two parts: a gesture of solidarity with the Black community and communities of colour as they face their daily oppression at the hands of systemic racism, and a wake-up-call to the white community that such oppressions do in fact exist, and that we must acknowledge these oppressions and fight alongside marginalised communities as allies.” 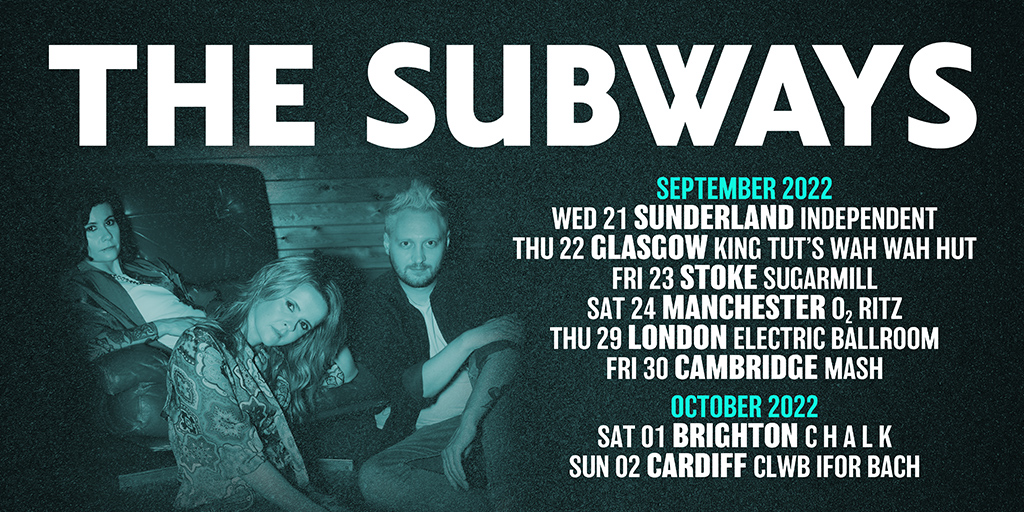 Sadly, in October 2020, after completing drum contributions for the upcoming 5th album, drummer and founding band member Josh Morgan left the band. (Full story here: https://www.thesubways.net/single-post/josh-leaves-the-subways). The Subways quickly added drummer Camille Phillips (previously of The Ramonas [http://www.ramonas.co.uk] to the band lineup for the rescheduled 2021 ‘Young For Eternity’ Anniversary tour dates, on which she was very warmly welcomed and received by the band’s devoted fanbase. In January 2022, she was happily announced as The Subways’ new permanent drummer.

It is indeed live where the band hit another level. Firm summer festival favourites, they have graced the stages of over 100 international festivals (including, notably, Glastonbury’s Pyramid Stage, the main stages at Reading & Leeds, Rock Im Park, Rock Am Ring, Hurricane, Southside, and Rock En Seine) but whether in front of 100 people or 250,000, the band always deliver a high octane, thoroughly entertaining set…

“We will rock till we drop, as there is nothing more exciting for us than being on tour. The greatest drug in the world is seeing people screaming the words and dancing to the songs you’ve written. To get up onstage and to play rock and roll every day, to visit new towns, new cities, new countries, new continents and to make new friends along the way, it’s the most amazing experience we’ve ever felt!”