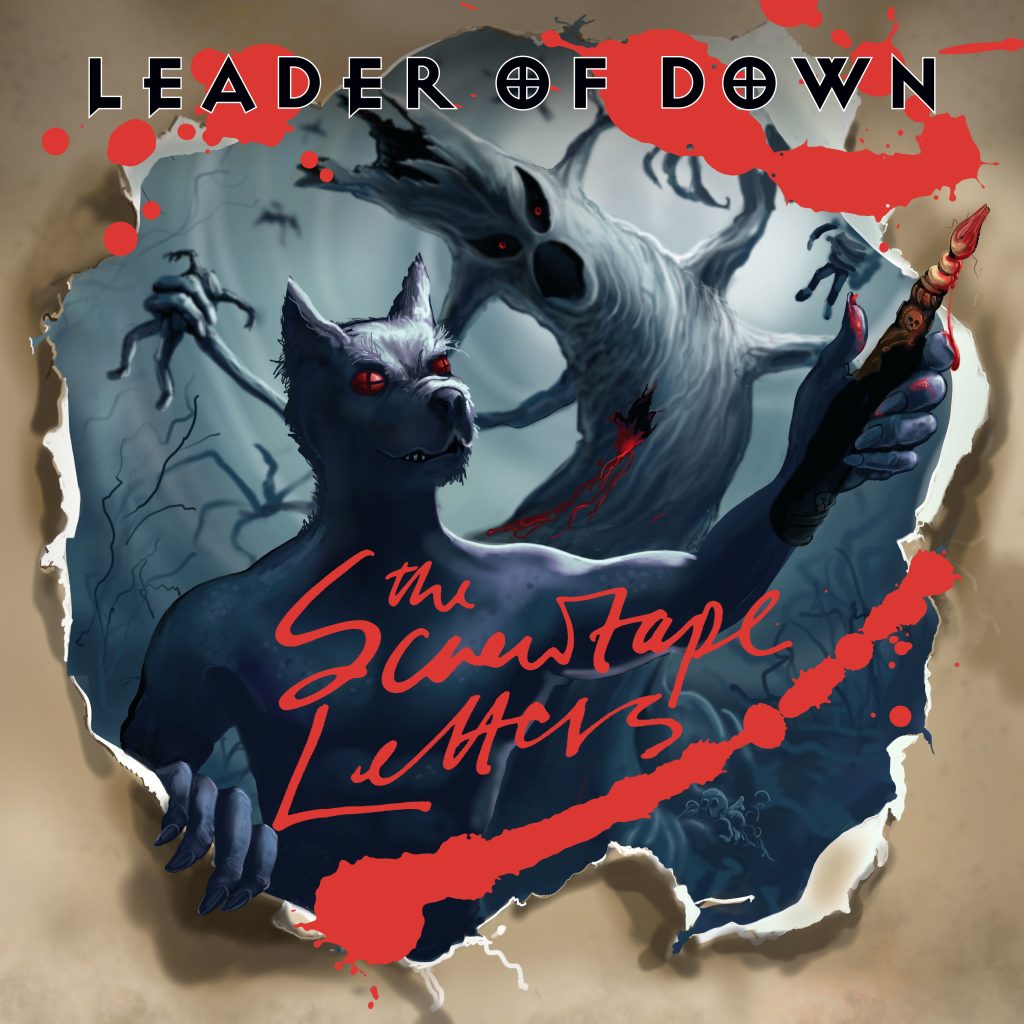 OUT NOW – British rock heavyweights Leader of Down, who are the final band of the late great Würzel (Ex Motörhead) release their sophomore album The Screwtape Letters .

The album was mixed by long-time Motörhead producer and Grammy winner Cameron Webb and mastered at Abbey Road Studios. The CD comes with a 20-page full-colour booklet and there is also a limited edition delicious RED vinyl!

Leader of Down also release a brand new video for the second single to be taken from the album Cat’s Eye Night.

The new album is available worldwide through US label Cleopatra Records.  It features 10 stellar tracks such as the first single Hitman with special guest Dennis Stratton (ex-Iron Maiden) which peaked at number 2 in the UK iTunes heavy metal chart & the brand new single Cat’’s Eye Night, which takes no prisoners with the band’s own brand of heavy rock ‘n’ roll.

Cat’s Eye Night taken from The Screwtape Letters stems from a conversation between Alex Ward (Guitarist) & Tim Atkinson (Bass) after watching the film “Cats Eye” to which Tim added the word “Night”. This was then an inspiration for Tim to write the lyrics about the night in the studio recording with the legendary Lemmy Kilmister whilst working on the track Paradise turned into Dust from the bands debut album Cascade into Chaos.

April 8th was a busy one for Leader of Down as in addition to the new album and single they headlined Heavy Metal Mayhem in Essex, England.

The Screwtape Letters is already receiving great reviews before it was even released with the band being described as “the gutsiest rock ‘n’ roll on the planet” – Rawramp magazine.

“Although the year is barely three months old The Screwtape Letters is sure to be one of 2022’s key releases.” – Midlands Rocks

Check out The Screwtape Letters and catch Leader of Down on the road with many more dates due to be announced in 2022/23 throughout the UK and Europe.