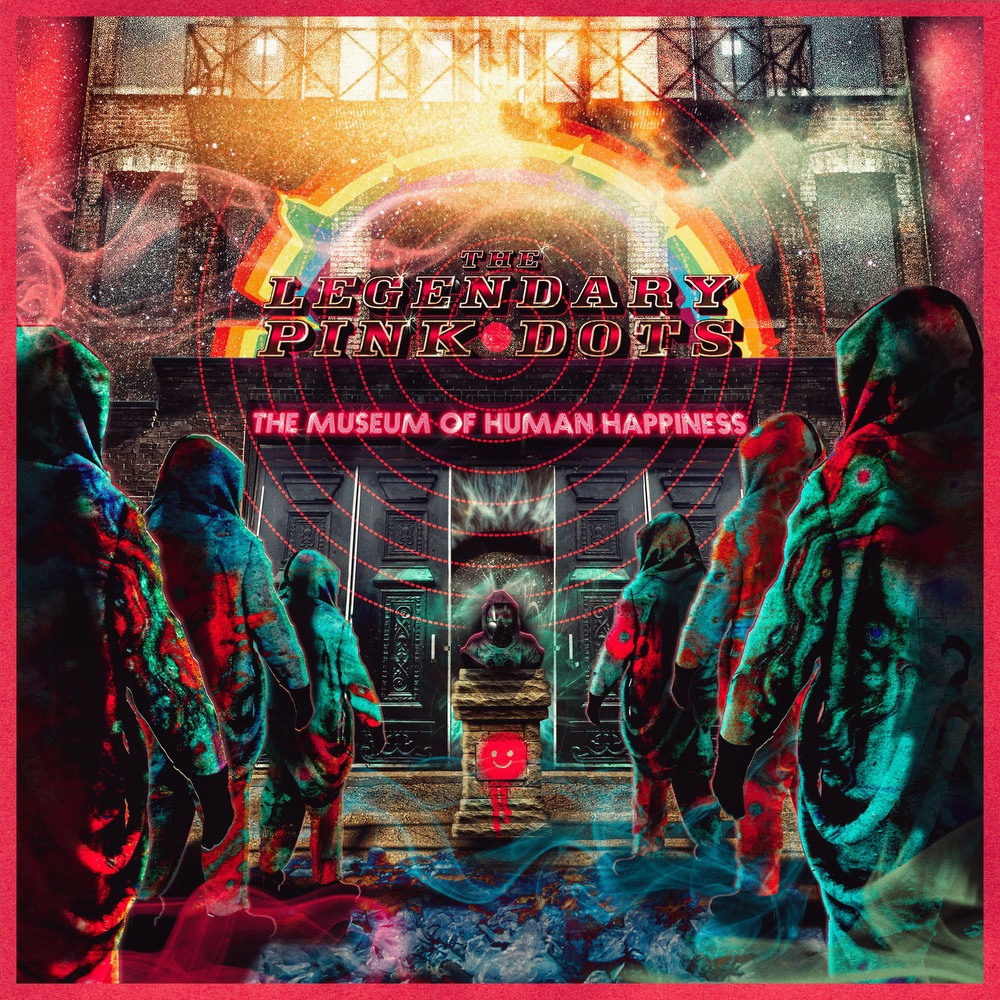 The last two years have hardly been ideal for bands to ‘get things together in the country’, let alone gather in a room to write songs. This applies even more to groups like the experimental rock band The Legendary Pink Dots, who have two members based in The Netherlands and one in the UK.

The collaborative elements of the songwriting and recording for ‘The Museum Of Human Happiness’, their upcoming new album, have of necessity therefore taken place in cyberspace.

As a result, founding member and vocalist Edward Ka-Spel explains, “the lyrics are utterly poignant, desperate, yet sometimes bearing a flash of gallows humour.” Nevertheless, the frontman seems more determined and positive than ever about his group’s new music. “The soundtrack is a purging fire. It’s a fire that still burns, and I have never been so excited about the impending release of a new Dots’ album. Never mind the distance, there is a single-mindedness about this album. It’s 2022. We’ll meet again….” 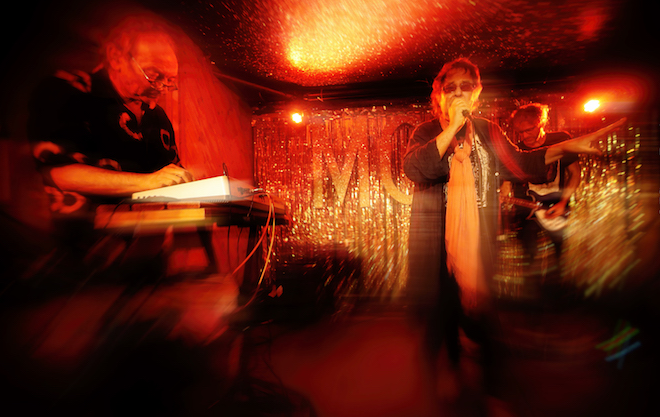 Formed in London in 1980, The LPDs operate well outside the mainstream and have built and maintained a fiercely loyal cult following worldwide, sustaining a lengthy career that has seen them release more than forty regular studio albums as well as a myriad of additional recordings. Ka-Spel (vocals, keyboards) and group co-founder Phil Knight [aka The Silverman] (keyboards, electronics), are joined by guitarist Erik Drost for ‘The Museum Of Human Happiness’, the trio’s follow-up to 2019’s ‘Angel In The Detail’.

That album had been promoted with a 40th Anniversary tour in early 2020, the initial European leg of which ended with a sold-out show in London shortly before the UK shut up shop. Ka-Spel recalls that “the pandemic reared its ugly head as we criss-crossed Europe. Just a few days before much of Italy locked down, we were in Milan. A few days later, the destination was Cologne where we stayed in a hotel in the countryside. It turned out that we were one village away from the most lethal outbreak of the virus in Germany. The tour eventually finished at The Moth Club in East London, which has a worryingly low ceiling. There were hugs, a real feeling of togetherness with a truly lovely audience. Then the World stopped. It was the last time The Dots were in the same room.” 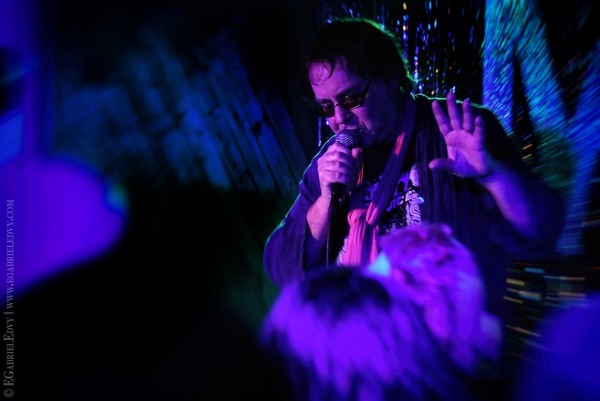 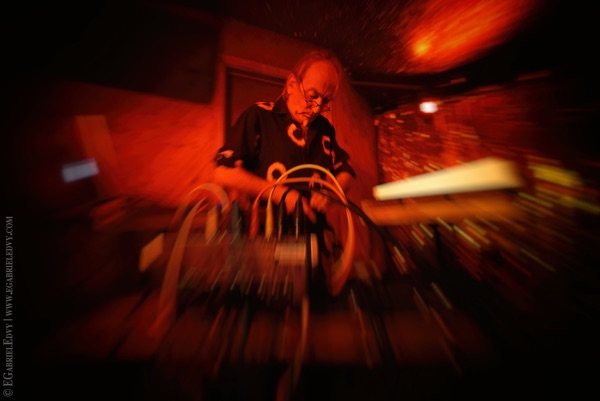 Often likened to an industrial version of Syd Barrett-era Pink Floyd, it is early David Bowie, The Residents, Can, Faust and musique concrete composers such as Pierre Henry who were far bigger influences on the Dots when they started out. Indeed, it is often the lengthy fever dream-like sonic expeditions that litter the band’s catalogue rather than their standard songs that receive the greatest praise from their fans.

Ka-Spel is also a co-founding member of electronic duo The Tear Garden (with cEvin Key of Skinny Puppy), and released an acclaimed collaborative album with Amanda Palmer in 2017. Palmer has often cited The Legendary Pink Dots as being her favourite band.

Most of the LPDs back catalogue, as well as Ka-Spel’s solo work and recordings with the likes of Steve Stapleton (Nurse With Wound), Amanda Palmer and The Tear Garden, plus solo music by Knight can be purchased digitally via Bandcamp: legendarypinkdots1.bandcamp.com

The LPDs have recently announced a full European tour that will take place in February 2023. 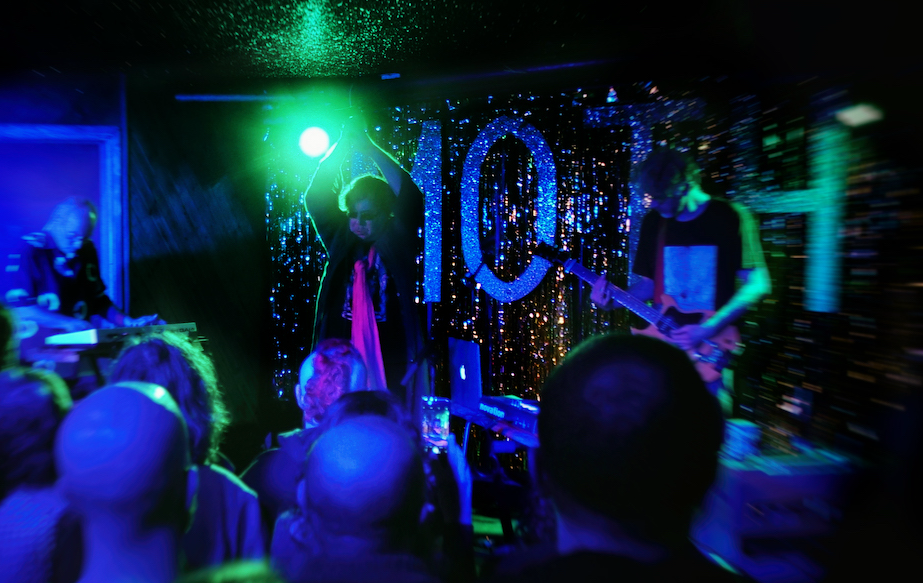