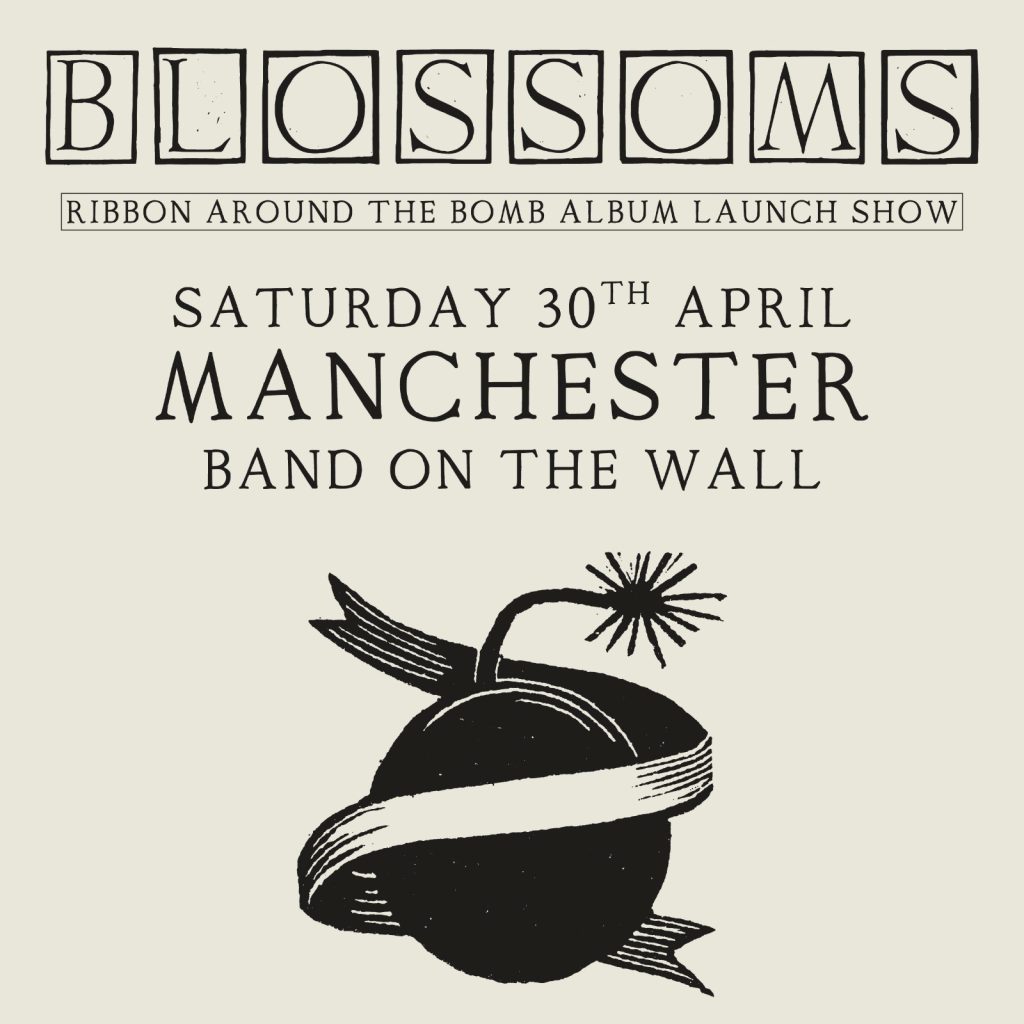 Blossoms have today announced that they’ll celebrate the launch of their upcoming new album Ribbon Around The Bomb with a special album launch show at the very intimate Band on The Wall venue in Manchester on Saturday 30th April 2022.

Blossoms’ new album is produced by their consistent and renowned collaborators James Skelly and Rich Turvey and revolves around a central character ‘The Writer’. Standout tracks on the record include Ode To NYC, described by Tom as ‘a love letter to my favourite city, as well as my wife’, The Writer which deals with the fear of and frustration associated with writers block and Everything About You, one of the album’s only love songs, which Tom says is ‘as honest as they come’. Visions meanwhile contains one of the album’s key lyrics ‘Was I complete at 23’, as Tom explains. ’At 23 I had just had a number 1 album and begun my relationship with my now wife Katie. Reflecting on what I’d achieved at such a young age left me wondering, what now?’

Blossoms are playing a series of live shows in the UK this summer, including an appearance at Glastonbury, as well as headline slots at Y Not? and Truck Festival and a run of support dates with The Killers.

Full details on Blossoms live dates in 2022 are here.

Since forming in 2013, Blossoms have enjoyed widespread success and acclaim. Their 2016 debut Blossoms topped the album charts for two consecutive weeks and went on to earn the band BRIT Award and Mercury Prize nominations, while 2018’s Cool Like You charted at Number 4 in the UK album chart, spawning the anthemic singles I Can’t Stand It, There’s A Reason Why (I Never Returned Your Calls) and How Long Will This Last? Their third studio album, 2020’s Foolish Loving Spaces was the band’s second UK Number 1 album and following the release of In Isolation/Live From The Plaza Theatre, Stockport in 2020, the band have now had four top 5 albums in the UK.

Blossoms brand new album Ribbon Around The Bomb is released on 29th April.