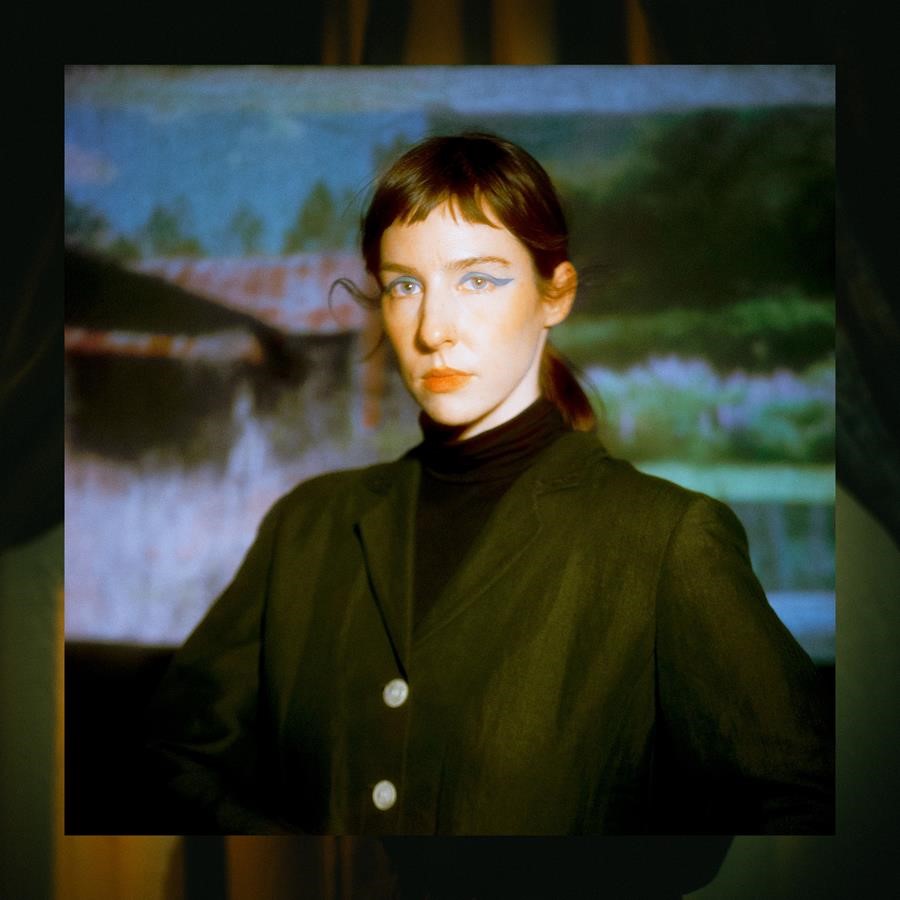 Kristine Leschper releases a video for “Blue,” a standout from her debut solo album, The Opening, Or Closing of a Door, out now via ANTI-.

Of the track Leschper says: “There’s a disconnect between the music and lyrics, probably because the original demo of this song sounded like a medieval funeral dirge. So the words still have an unsettling quality, but the musical backdrop eventually morphed into this sexy disco track; I like the push and pull of that, it feels like the dissonance between adds a complexity to both elements. Sharleen is a masterful choreographer, she was the glue that held this piece together. You can see how the professional dancers embody the smooth music, whereas my character is more representative of the uneasiness in the lyrics. Jake Lazovick was incredible to work with as always, the end result grappling with and emphasizing the uncanniness of it all, as if in a dream.”

Out of chaos, the universe emerged, and from chaos a person can emerge, too. Kristine Leschper isn’t being hyperbolic when she describes a sensation of “being born” when a culmination of events, both personal and global, catalyzed in her “an understanding of how to relinquish control in a big way, and from that, a new sense of connectedness, transition, and impermanence.” She explains her desire to cultivate work in the spirit of the New World Poets, where in the words of June Jordan there exists “a reverence for the material world that begins with a reverence for human life, an intellectual trust in sensuality as a means of knowledge and of unity.”

Leschper’s The Opening, Or Closing Of A Door, due March 4 via ANTI/Epitaph, is a paean to the sensory world. It’s the first Leschper has released under her given name, having retired the moniker Mothers after eight years of performing and releasing music under it. Though both projects are guided by Leschper’s idiosyncratic approach to songwriting, they couldn’t sound more different. While Mothers drew inspiration from the stark, skeletal sounds of post-punk and contemporary folk, Leschper’s new work is practically baroque, integrating an array of synthesizers, strings, woodwinds, and over a dozen percussive instruments.  “Earlier work didn’t involve recording as part of the writing process, recordings were simply made as a document of something that had been written and rehearsed. I have since discovered a deep affection for home recording and sound exploration, finding that I thrive in those rabbit holes of texture, timbre, rhythm, which can add so much complexity to the emotionality of a composition.”

The at-home recording process gave Leschper freedom to set her personal ethos to music divorced from the pressure of an audience. As she worked on The Opening, Or Closing Of A Door, the constellation of ideas that had guided her personal transformation began to cohere into something communicable through music. “My pleasure lives in the poetics of democracy — in the liberatory words of June Jordan, in the humanitarian performances of Bread and Puppet Theatre. Puppetry, like poetry, is a distillation of complex ideas into absolute essentials. With these songs, I wanted to explore themes of longing, encouragement, connectedness, these things that are both straightforward and complex, ubiquitous and vital. It is the foundation of our personal lives that extends broadly into our political lives. I wondered, what might a love song to my friends look like? What might a love song to myself look like?”

“Figure and I” offers a response to that very question. “There are two distinct characters in the song, representing the severance between self, or soul, and body,” Leschper explains. “It is about learning how to love the body and the spirit, how to combine the two.” Inspired by the samba artist Nelson Cavaquinho, Leschper programmed a drumbeat and quickly tracked a hand clapping pattern to accompany it, a rhythmic feature that recurs throughout the album. “The accessibility of hand clapping as an instrument was really exciting for me, and I’ve long been interested in the symbolism of hands representing work, or community, or offering, or holding and being held. Using this fundamental sound-making device makes me feel rooted in a deeper sense of time because of the historical longevity of hand clapping in folk traditions around the world.”

Hand clapping also characterizes the lush sonic landscape of “Picture Window,” where Leschper aimed to create a sensory space vast enough to encompass the fleeting whimsy of childhood. It felt appropriate to include a flamenco palmas pattern, as the sound of palms slapping together reminded Leschper of the hand clapping games children play. “I grew up in a small town in Georgia, so summertime meant crickets and cicadas, the way they phase in and out of each other, and the swirling movement of pollen on the water,” she says. “I built this song in layers, beholding always the backdrop of the south, the warble of head rising off the scalding pavement.” 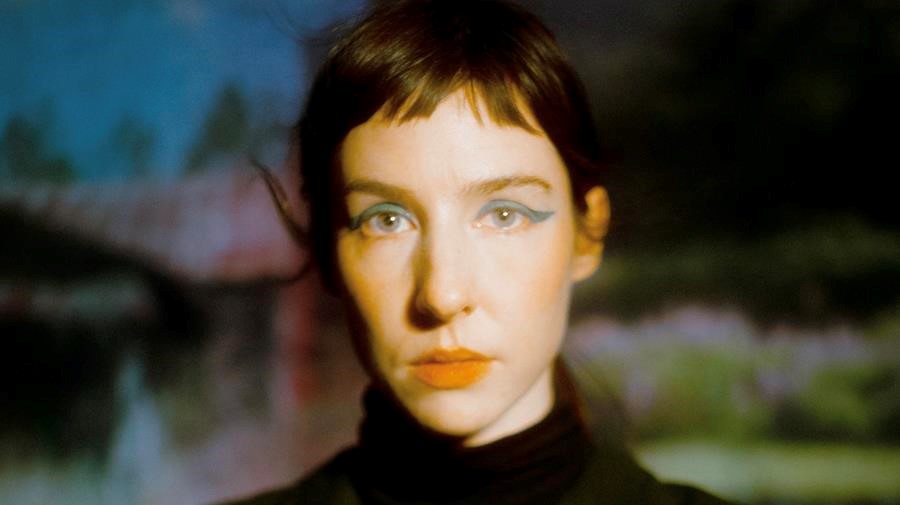 Every song on The Opening, or the Closing of a Door is best described as a love song. Leschper calls the cavernous, organ-led “Ribbon” as a “song of encouragement,” one that offers a path away from isolation. “If you give me the sign/ I’ll take my knife to the ties of/ Your ribbons holding something/ Like a light inside,” Leschper coos, steadfast as a mourning dove over an arrangement that chirps and trills with the pointed inclusion of flute. Those arrangements were made in collaboration with Sammy Weissberg, whose unique orchestration meshed seamlessly with Leschper’s vision for the project. “Sammy was approaching the music quite visually, even theatrically. He expressed this desire to visualize the chamber arrangement sections as a ‘character’ who steps into and out of frame, bringing their own sonic landscape with them”. Longtime collaborator Matthew Anderegg wrote “All That You Never Wanted,” the only track on the album not penned by Leschper. The perky, sing-song delivery of a single phrase repeated over and over again recalls a commercial jingle. “For me, the song feels like a rumination on consumerism, and ultimately a rejection of it. The form reinforces the content, with the repetition of the main phrase reading almost as an advertisement.”

If we are to consider The Opening, Or Closing Of A Door as an encapsulation of Leschper’s metamorphosis, no song addresses it more vividly than “Compass,” an ode to those who have helped her sustain a life. As cymbals crash into the outro, Leschper’s singular voice is joined by a group of accompanists, among them members of her immediate family and a few close friends, whose amateurish singing offers the kind of warmth and comfort only found in the people we love most. Here, Leschper returns to that hearth, basks in it, and gives thanks.

“Lately my work centers on exploring joy in its wildness and complexity, the complicated ways that this joy intersects with an imperfect world,” Leschper says. “Circularity has become a major part of my belief system, the lens through which I watch the world — observing cycles helps me make sense of my universe, both internally and externally. Popular culture loves to tell us stories about the importance of ‘growth’, personal growth, economic growth, what have you. It’s very linear. In work, as in life, I am making a conscious effort to center myself around something antithetical to that, because linear growth just doesn’t exist in nature. If you zoom out far enough, everything is cyclical, everything is in a stage of transition! It becomes impossible to ignore the vast network of systems we inhabit, that we are in relationship with each other at all times.”