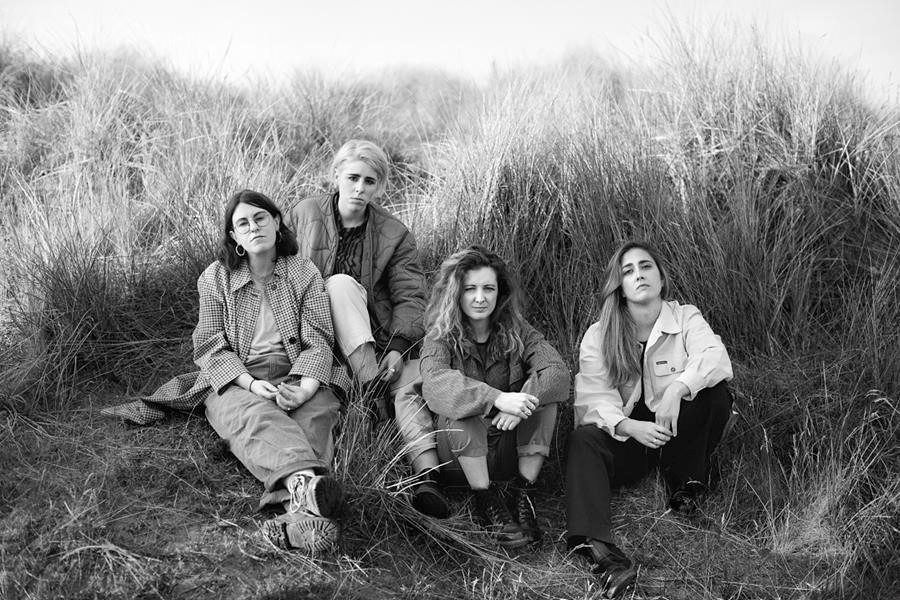 Dublin’s Pillow Queens are getting set to release their sophomore album Leave The Light On, their first release on Royal Mountain Records (Wild Pink, Alvvays, US Girls), which is due out on April 1st, and today the band are sharing the album’s final pre-release single, a track called “No Good Woman.”

Preceded by the singles “Hearts & Minds” and “Be By Your Side“, which have seen praise from outlets like The Guardian, NPR, Stereogum, Consequence, BrooklynVegan, Uproxx, DIY
and Clash who described “Hearts & Minds” as “Pillow Queens at their most out-going,” the single arrives at an exciting moment for the band who are about to make their debut on American shores. Their first shows will take place at SXSW (full details can be found below), before they trace their way across the continent, with their New York debut at Mercury Lounge recently selling out over a month in advance.

This song is one which is very narrative based, though not in a linear way. It’s written more from the perspective of someone looking upon the scenarios of those around them,” explains singer Pam Connolly. “It tries to convey a perpetual hopelessness of debt and striving for an ideal that can never be achieved. It’s pretty much a song about Sisyphus.”

In support of the album the band will play a sold-out run of shows in Ireland, followed by their first ever US tour dates (including SXSW), as well as their biggest ever UK tour dates in May. 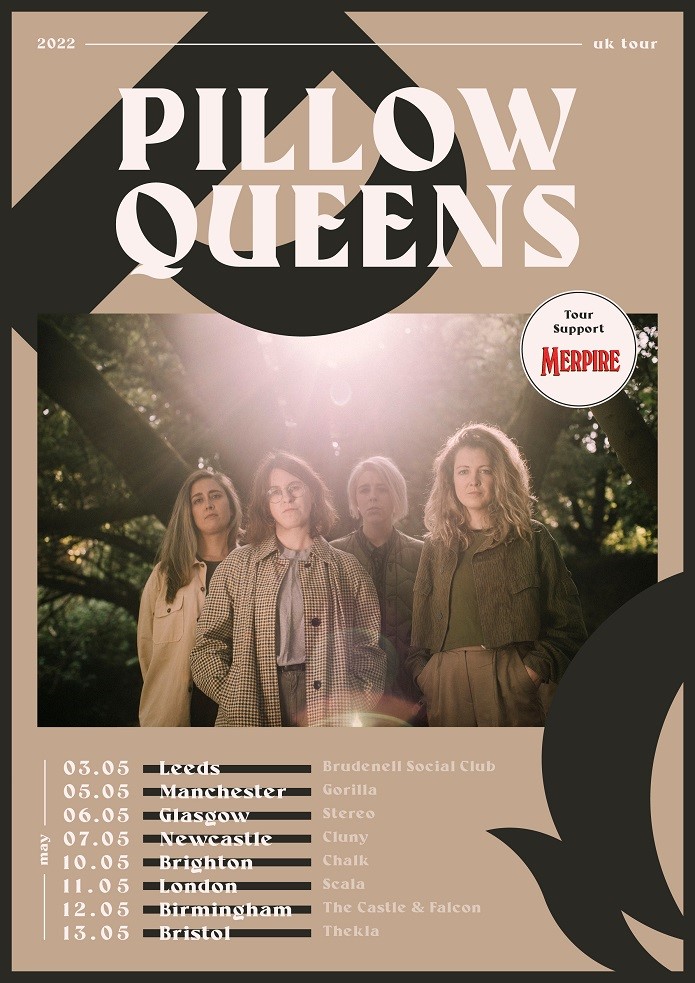 When Pillow Queens set about recording their second album, before, after and during, great spaces were opening. The pauses in living and connection were profound. And so, they went two places: within, and towards each other.

Leave The Light On is an exploration of the uncertainty of emotions as they are in process, and an intuitive outpouring of ideas as they form. It’s about being intimately honest with yourself, and as a band. It’s about trusting that this state of vulnerability can be held as it emerges, by you, by us.

What do queer dream blues sound like? More importantly, what do they feel like? Leaving home at night, driving through the black back roads until the tungsten light starts to glow. “Uaigneas an chaldaigh”, the Irish sense of loneliness experienced on the shore. The confusion and discombobulation of waking and feeling unfamiliar. The liminal space between dreaming and being conscious. The unmooring that happens when a sense of self is being explored and sometimes slipping away.

But gravitating towards the unknown and the ambiguous can often yield the kinds of sounds and feelings that provide creative certainty, where the art is coming to you, as much as you going to it. Leave The Light On fills vast new sonic plains for Pillow Queens. It’s an album that encourages duality; to be soft and hard, delicate, and muscular, intimate and anthemic, alone and together. Collaborating on lyrics, a shared emotional experience fills these songs of hope and home, insecurity and estrangement, songs that track time passing and a sense of reflection grows deeper every day. 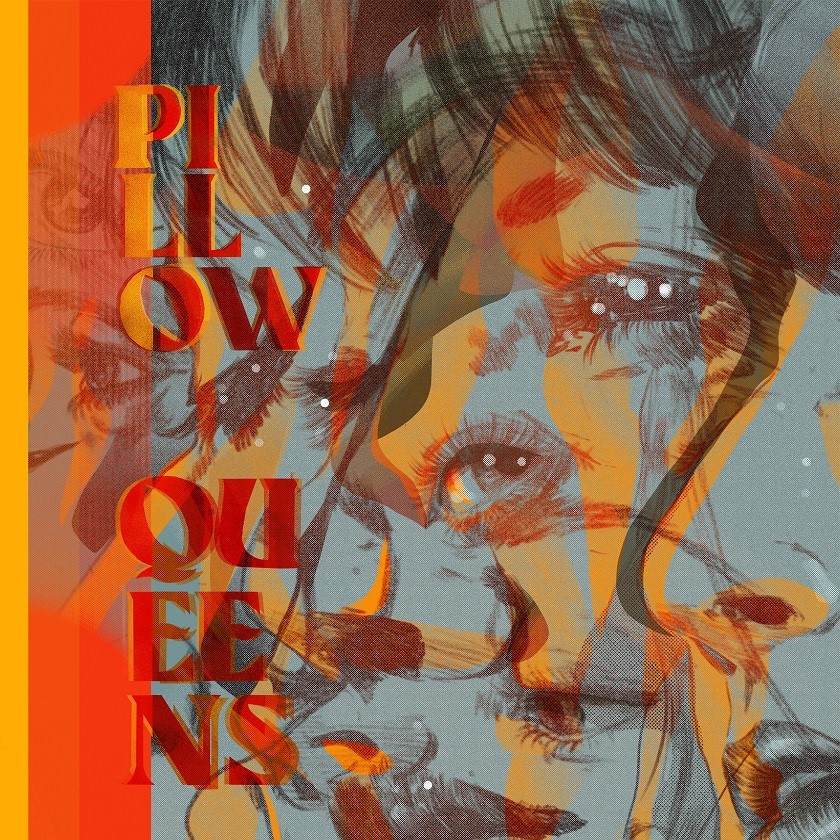 When real movement is stillness, when to be stationary feels transitionary, and when the most vital journey in life is to go within, then it’s time to leave the light on, and open up.

Leave The Light On is due out April 1st on Royal Mountain Records.