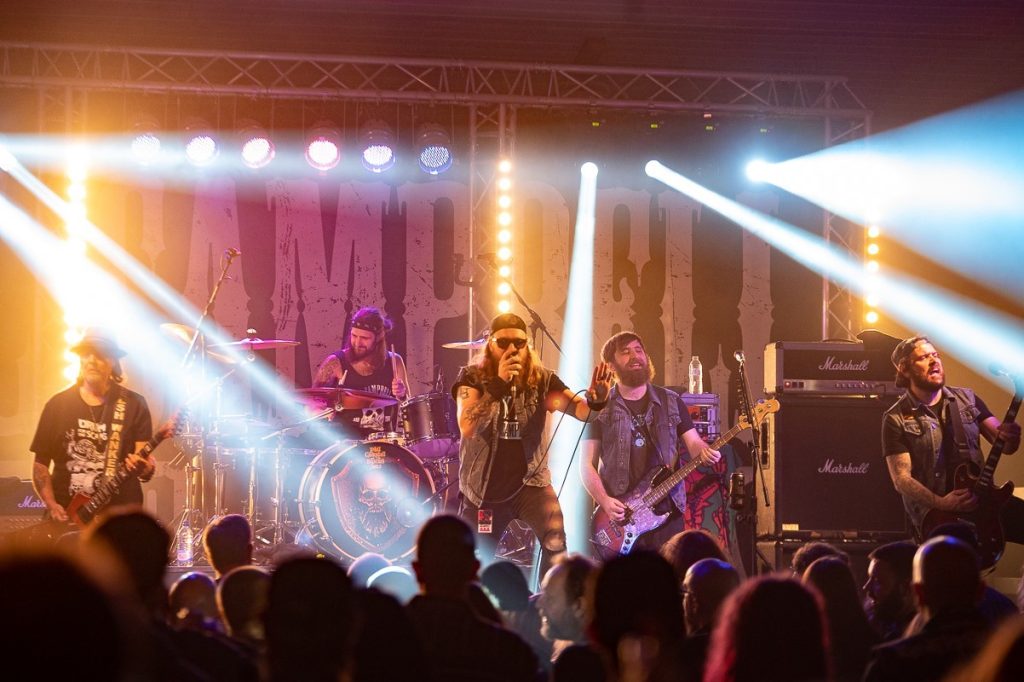 Back in 2019, Phil Campbell and the Bastard Sons announced that they were going to bring a very special Motörhead set to major festivals across Europe. Unfortunately, the pandemic prevented those special shows from happening… until NOW! The band have decided to bring these special sets to the UK for a tour in May.

That’s right, the legendary Motörhead guitarist of over 30 years will rekindle the spirit of his old band, and bring the songs back to life alongside his three sons and newly recruited honorary bastard lead vocalist Joel Peters.

Phil Campbell stated, “Looking forward to SLAMMING out some Motörhead classics to make your ears bleed one more time.”

Tickets will go on-sale this Friday at 10am UK time via the below links. 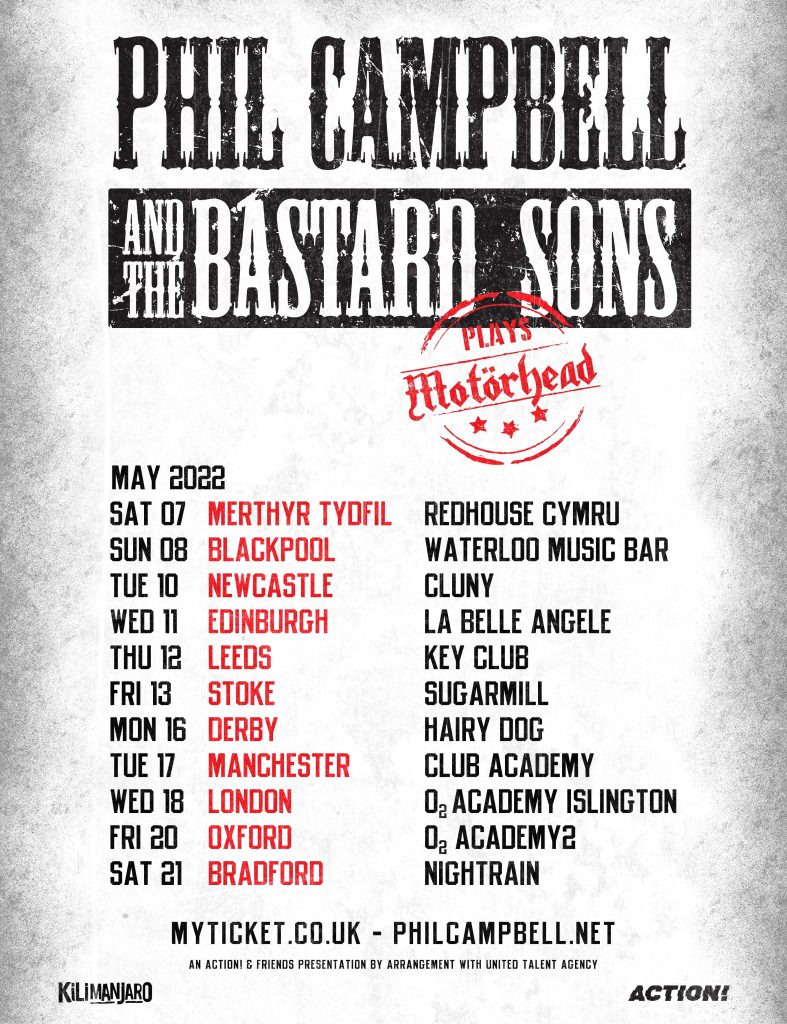 The band’s latest album We’re The Bastards was released 2020, and is available to purchase on various formats at: http://nblast.de/PCATBS-WereTheBastards

Formed in the aftermath of Motörhead’s dissolution, following the death of Lemmy Kilmister in 2016, Phil Campbell and the Bastard Sons were always going to draw a crowd at any discerning rock or metal festival. Led by one of the genre’s most respected guitarists and completed by his sons Todd (guitar), Tyla (bass) and Dane (drums), and new front-man Joel Peters, the band emerged onto the 2017 touring circuit powered by a huge amount of goodwill, a smattering of Motörhead covers and a handful of new songs that crackled with passion and swagger. Landing themselves a prestigious support slot on Guns N’ Roses 2017 summer stadium run, the Bastard Sons hit the ground running.

Fast forward to now and, just like everyone else, Phil Campbell and the Bastard Sons had to cancel a lot of carefully-laid plans over the past two years, when the global pandemic descended on us all. But as if to confirm their absolute dedication to blowing people’s heads off with thunderous rock’n’roll, the band refused to cancel plans to record a follow-up to their widely lauded debut. Recorded and engineered during lockdown by guitarist Todd Campbell, the second Bastard Sons album is the tonic people needed. It’s called We’re The Bastards and it’s bigger, better, and even more raucously uplifting than its predecessor. In fact, it’s the sound of a great band hitting their stride and buzzing with confidence.