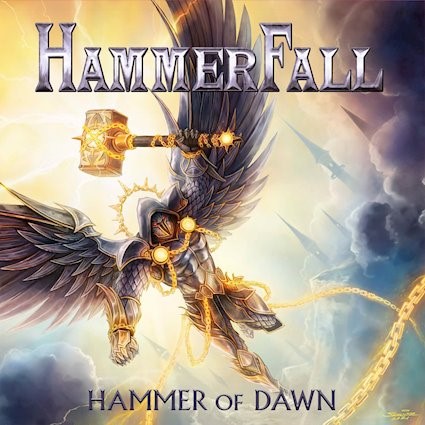 The Swedish saviors of heavy metal HAMMERFALL let the hammer strike again, radiating power on all artistic levels with their twelfth studio album, Hammer Of Dawn!

When HAMMERFALL released their debut album, Glory To The Brave, in 1997, they not only brought a breath of fresh air into the metal scene, but also managed to trigger a gargantuan boom for traditional heavy metal.

Up until today, HAMMERFALL has released several massive albums bursting with distinctive strength that assuredly won’t disappoint, just as can be expected of Hammer Of Dawn.

Hammer Of Dawn starts off with remarkable opener “Brotherhood”, a hymn echoing the deep friendship of bandleaders Joacim Cans and Oscar Dronjak, but also serving as a shout-out to their loyal Templars. Title track “Hammer Of Dawn” breaks through with mighty roaring choirs, tremoring, catchy riffs and a brilliant solo by Pontus Norgren that quakes the ground beneath. Both songs give a brief insight in the new studio album and exemplify that HAMMERFALL continue their way to the top of the Heavy Metal olympus even after almost 30 years of band history. The other tracks on the album are one smasher after another, with songs like “Reveries”, “No Son Of Odin” and “Venerate Me” – the latter featuring an appearance by none other than King Diamond – making sure it will go down as another milestone in the career of the Swedes. 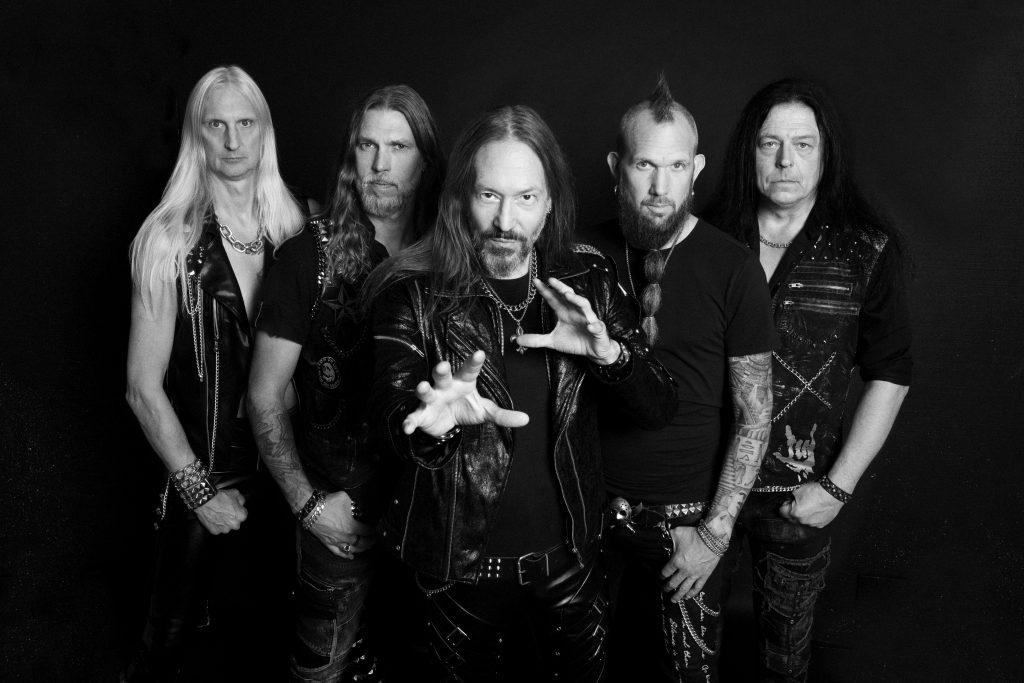 The new album was mixed and mastered by Fredrik Nordström (Arch Enemy, In Flames, Opeth, Powerwolf and others), who also recorded the drums. The vocals for Hammer Of Dawn were produced by Jacob Hansen (Volbeat and more), while guitars were recorded and produced by Pontus Norgren, with co-producers Oscar Dronjak and Fredrik Nordström.

Hammer Of Dawn presents the Swedish heavy metal spearhead in its brightest shining armor and is a proud adherence to their influential tradition. The album’s powerful production bristles with strength and gives its songs their hard-hitting extra punch!