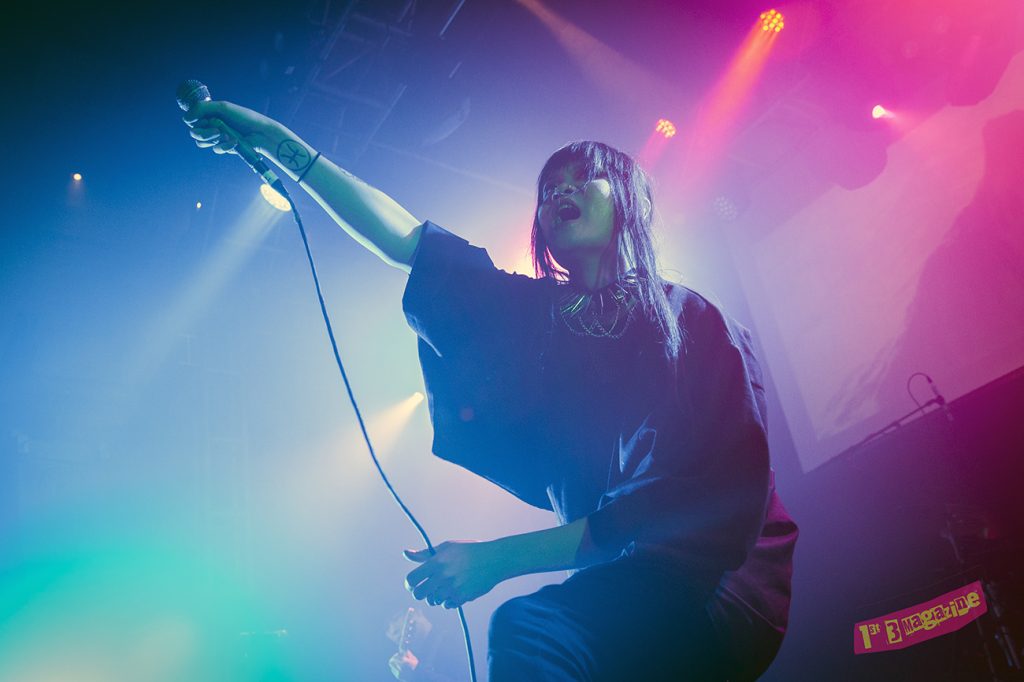 If the apocolyptic rainfall hadn’t done so already, opening up for Esprit D’Air, Jordan Red shook everyone out of their Sunday slumber with a balls-out, big-boots-on-the-monitor kind of a show.

As lead singer Dan Leigh flicked his long wavy tresses and joined the others onstage, we all thought, ‘Blimey, Keith Lemon has been pumping iron during the pandemic’. This is a band who Rock with a capital R. Beautiful Monsters built up in textbook style to a strong bouncy chorus but new single, Spillling My Blood was, in our own book, the standout song of the set with all the makings of an alt-rock dancefloor classic.

Second on the bill and with a fast and frenetic, eye-liner and adrenaline filled performance, South of Salem appeared to have fitted in a quick gig between carrying out a ritual killing and burying the body, no doubt to give themselves an alibi. Actually hailing from Bournemouth, so more like south of Salisbury, they were an emo girl’s bloodied wet dream of a band, who no doubt lurk around the seafront pretending that they’re in The Lost Boys. (Haven’t we all?)

Musically they were more singalong chugging hard rock than death metal or goth. Despite the extensive horror film tattoos, evil sneers and Satanic imagery, they clearly liked a good pun and slipped them in hard and fast with song titles including No Plague Like Home and anthemic mental health power ballad, Demons Are Forever, which came with a heartfelt dedication to friends who had taken their own lives.

However, with that said, the lyrical content of Cold Day in Hell suggested that they will stalk and kidnap you if you refuse their advances, so don’t be lulled into a false sense of security, they’re possibly not that nice. They don’t want you to commit suicide, but they might want to torture and murder you. Still, they had a very marketable ‘coffin with bat wings’ logo and having a strange boy called Joey fronting a band never did The Ramones any harm, so you never know, greater things surely beckon for this black-clad gang.

Last seen by yours truly in 2017 whilst they supported The Birthday Massacre ( REVIEW HERE), headliners Esprit D’air bounded onstage promoting their second album, Oceans,  with a post-pandemic vitality. The welcome back can only be described as rapturous as all eyes were on Kai, who emerged from the smoke as a kimono-clad high-kicking nu-metal super hero, wielding the mic’ stand like a Katana.

It didn’t matter that we couldn’t understand every word of it, the music spoke for itself" 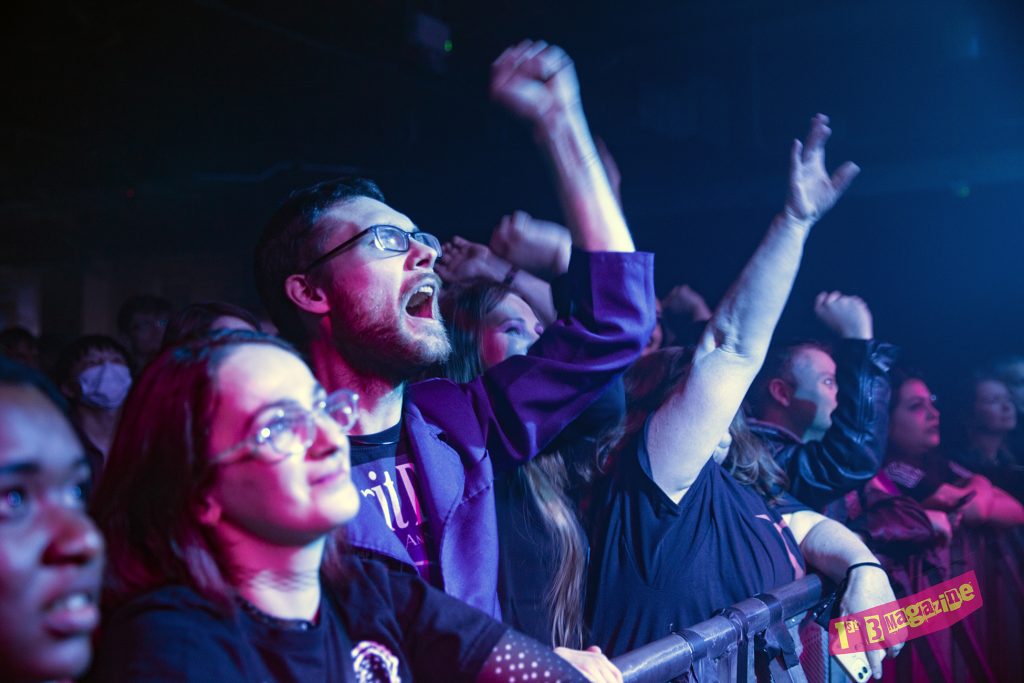 Leviathan was a thundering explosion of industrial energy, drawing you into a fantasy world that seamlessly blends the traditional grace of Japanese arts with metal aggression and cyberpunk grooves into a hypnotic post-apocalyptic realm of noise.

Nebulae was an ecstatic bolt of vigour and intensity that found euphoria within the chaos, like Dr Strangelove cruising into the end times. With drums pounding like approaching gun fire, guitars alternating between savage thrashes and chiming riffs, searing electric bleeps ringing out, and a supremely charismatic vocalist, Esprit D’air took us on a boot-stomping Bladerunner-like journey across the broken skies, breathed new life into fading metal, and captured the fin de siècle of these troubled times.

Not to be reproduced without written permissions.