Seizing The Moment – THE INFAMOUS STRINGDUSTERS 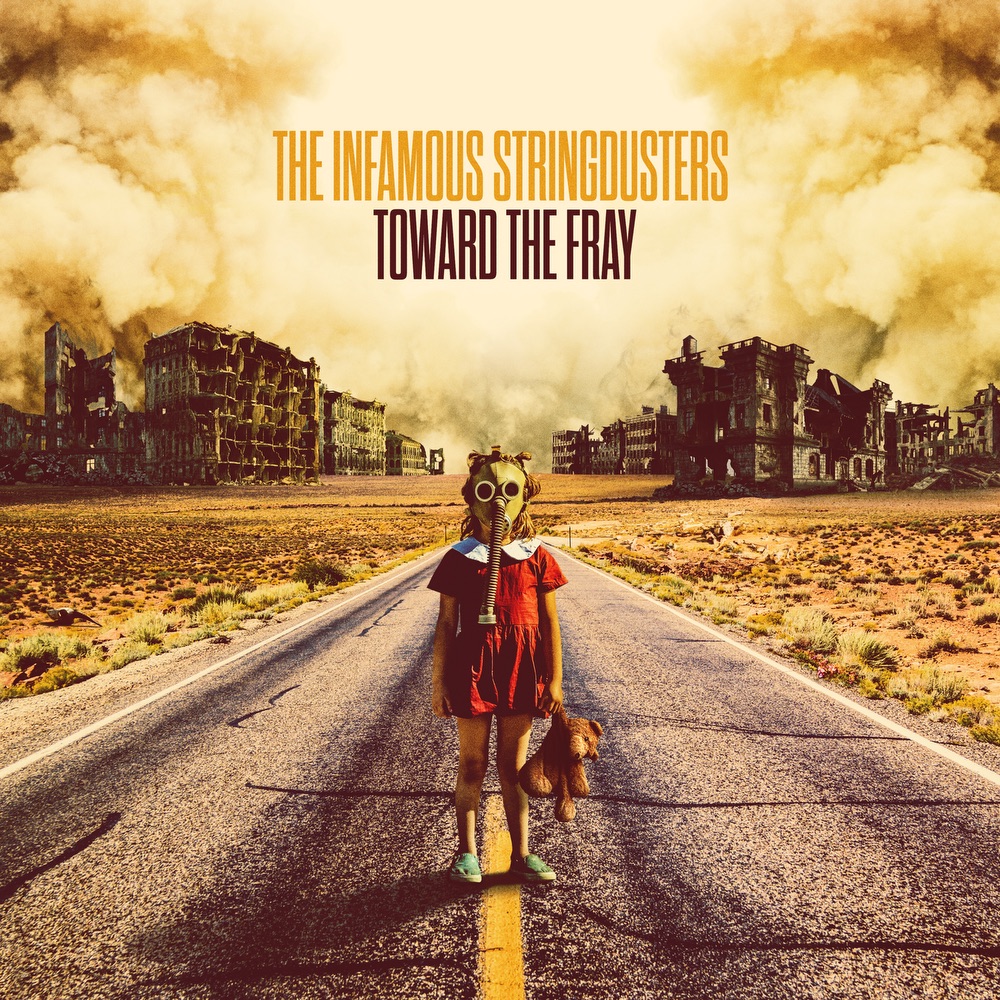 ‘Toward The Fray’ is the first full studio album by the US-based Grammy Award winning bluegrass, country, folk and Americana outfit The Infamous Stringdusters since 2019’s ‘Rise Sun’.

Recorded at Mighty Fine Studios in Denver, Colorado, it was written in response and reaction to the tumultuous events of 2020. Having already won a Grammy for Best Bluegrass Album in 2018, the US based band have also been nominated for the 2022 ceremony in the same category for their recent collection ‘A Tribute To Bill Monroe’.

After finally being in the same room for the first time in six months, The Infamous Stringdusters have truly seized the moment with ‘Toward the Fray’. Inspired by self-reflection and a strong sense of solidarity, their new album documents the group’s remarkable growth and firmly establishes them on the modern acoustic music landscape, where they have built a solid and loyal fan base among both traditional and progressive audiences.

Of necessity, the five band members – Travis Book (bass), Andy Falco (guitar), Jeremy Garrett (fiddle), Andy Hall (Dobro), and Chris Pandolfi (banjo) – wrote the songs on ‘Toward The Fray’ separately, sending simple phone demos to each other during lockdown. Fuelled by friendship and a mastery of their instruments, the final results feel live but not loose, due to a synergy that has developed over 16 years of playing sheds, clubs and festival stages across the US.

“With all of our records, we always go into the studio to capture the live energy of our band, so I feel like we were comfortable just plugging right in and getting started,” states Pandolfi. “All five of us have arrived at a point in our careers where we all produce, whether it's our own music or for others. We knew we could get it done with all that collective intel and know-how. One of the awesome things about being in this band is that everybody is always working on their instrumental game. When we show up for a new tour or album, we all get a chance to dig a little deeper, and you can hear that part of it. It has always been part of our mantra.”

Toward The Fray’ begins on a sombre note with ‘Hard Line’ and ‘I’m Not Alone’, even as the arrangements tap into the ambitious, enthusiastic musicianship the band is known for. The point of view in the third song, ‘I Didn’t Know’, feels especially personal for Garrett.

“For me, it was a heavy time, with the pandemic slowing everything down, but what affected me the most was the death of George Floyd,” he reflects. “I can’t say what impact that had on me personally, being an average American white guy going along through life, not necessarily fully understanding what the other side of the fence was. I took a deep look at myself because of that story. I got inside of my head and wanted to write about it. Several songs on this record come from that vantage point, trying to put more thought into how we can bridge this gap that has happened? ‘I Didn’t Know’ is about that. I didn’t know we had to pay attention to these things. It was a wake-up call for me.”

Book notes that “all five of us took that opportunity for our consciousness to evolve, and we took the responsibility seriously. That’s what I hear when I listen to this record. The songs are honest and real, but what other option do we have? We have a responsibility as citizens of this country and of earth, for both ecological and cultural reasons, to lean in and to turn toward the battle. Each of us brought a lot of conviction with their tunes and came with a clear idea of what their statement was going to be. I think because of the situation we were all in, a harmonious and collective sound came out of that.”

The title song finds the narrator making a decision to get involved, rather than just simply commenting on the sidelines. It is a powerful image and is accompanied by an equally attention-grabbing visual, with the album cover artwork depicting a young girl standing in front of the wreckage. Says Hall: “When the album title was finalised, I imagined the ‘fray’ being a city that was on fire or in turmoil. And in juxtaposition of that destruction, there’s a child. That’s what was happening in the world at the time, with little kids seeing these protests and all this strife. No one is safe from what is going on, as far as experiencing it at some level. One thing that I like about the artwork is that the child has a strength to her, especially the way she’s looking right into the camera. She’s got to wear a gas mask and she looks ready to enter into the fray, like ‘Alright, I’ve got to face this.’” 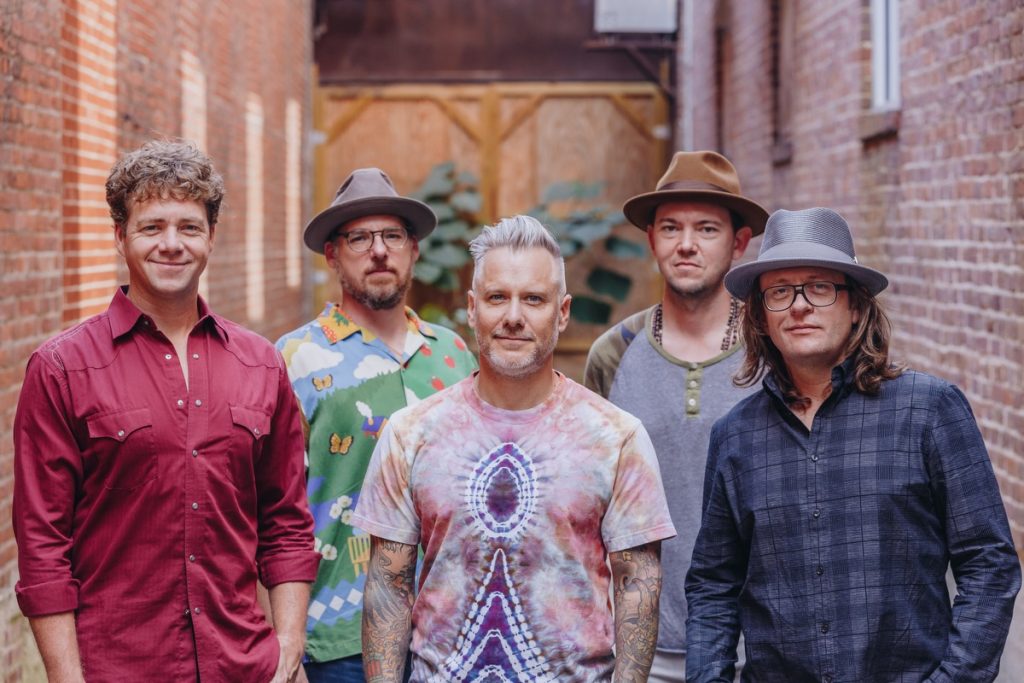 ‘Toward The Fray’ is the first ‘Dusters album to contain drums, while the band also explore other creative directions, ranging from the persistent march of ‘Revolution’ to the comforts of home in ‘Pearl Of Carolina’. Meanwhile, ‘Spirits Wild’ will be relatable to those who can’t help but answer the call of the road. ‘When Will I Ride Again’ (a sequel to ‘Tragic Life’ from their debut record) is cinematic but also emblematic of their own questions about picking up where they left off. ‘How Do You Know’ and ‘Through The Floor’ are among the band’s most vulnerable compositions in a catalogue of exceptional material.

“To me, the theme of this album is about dealing with your problems head on, rather than running away from them,” adds Falco. “One of the things that I’m really proud of is that this record is true to all of us. It’s a genuine record because it really is about everything that we were all going through. We’re talking about the pandemic and all of the chaos, but we’re also talking about love and other things. We were able to reflect and dive deep and look inward during all of this. I hope people who hear these songs will feel like they’re not alone. That’s what we always hope that people can relate to in our songs, that we’re all in it together.”