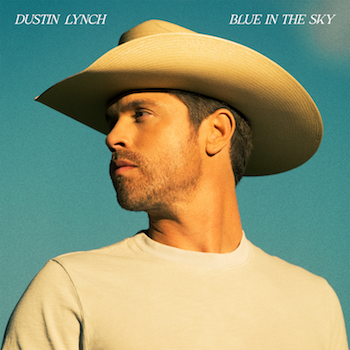 “BLUE IN THE SKY is OUT! I couldn’t be more proud of this album and where I’m at right now in my career,” shares Lynch. “Life couldn’t look any brighter coming off the success of “Thinking ‘Bout You,” and rolling into this next chapter with “Party Mode.” I’m pumped for everyone to hear these songs and do some life with them.”

Up for fun, ready to ride at a moment’s notice, living life on his own terms, and seeking all the sweetness (and maybe a little bit of trouble) that one can get, BLUE IN THE SKY is a grown-up party record that lands Lynch somewhere between George Strait and Brooks & Dunn. Serving up a sweltering, swaggering take on his forward-tilting traditionalism, this 12-track batch produced by Zach Crowell – with five to his songwriting credit – work like a handful of postcards from the kinds of moments you want to remember alongside party guests Riley Green, Chris Lane, and MacKenzie Porter – as featured on recent six-week #1 “Thinking ‘Bout You” collaboration.

Prescribing himself a surefire cure-all in brand-new swaying single, “Party Mode,” Lynch’s “90 proof way to make it work” buzzes with some serious side effects. A true barroom sing-along with a 2-for-1 hook, neon vocals, and on-the-house chasers of dobro and steel guitar, it finds a guy drowning his sorrows over lost love – only to end up right back where the party started.

Inviting his real-life friends Cornbread and Corbin Wilson to star in his “Party Mode” music video, the cinematic clip premiered on YouTube (10/2) as Lynch goes on a post-breakup getaway that he barely survives – literally. Directed by Mason Dixon, the Jerry Flowers, Ryan Beaver, Roman Alexander, Jared Keim, and Matt McGinn-penned lyrics serve it up strong as the ultimate soundtrack for a wild ride of Florida escapades.

“This video was such a blast to shoot! Bringing my buddies, Cornbread and Corbin, down to Florida to get rowdy with me – that’s the good stuff,” adds Lynch. “If y’all know us, you know we like to keep it in “Party Mode” year-round, so if you run into us out on the town … we've got the first round!”

First announcing the new album during an ABC’s Good Morning America appearance, Lynch is currently on a fast-track to a new level of stardom. As American Songwriter’s February digital cover exclusive, the music magazine hails, “Dustin Lynch Reaches for All the Stars on Fifth Album,” while he’s spotted in high-profile features with Nashville Lifestyles, The Tennessean, PEOPLE, and more.

In celebration of BLUE IN THE SKY, iHeartMedia presents the iHeartCountry Album Release Party with Dustin Lynch at the iHeartRadio Theater Los Angeles in Burbank, CA, on Monday (14/2). The event, hosted by Amy Brown, will feature a performance and intimate interview. Fans can tune-in to the livestream on iHeartRadio’s YouTube and broadcast across iHeartMedia’s Mainstream Country radio stations at 10pm ET/3am GMT.