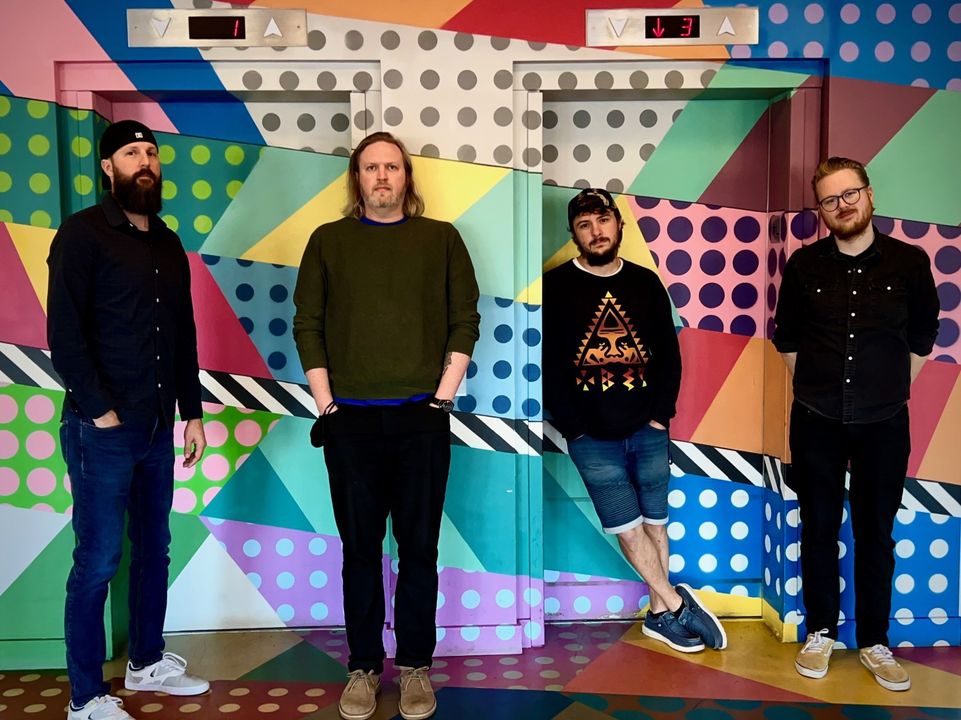 You’re only as good as the company you keep – and that’s a lesson both for everyone here on Earth and those who travel off into space. It’s also a central theme in Paper Tigers’ new music video for “Ursa Minor,” a spectacular DIY visual that goes live on YouTube today.

The “Ursa Minor” music video, filmed around the indie/alt-rock band’s Allston/Brighton neighborhood of Boston, is the latest creative effort from Paper Tigers, who will be performing live at Boston Calling Music Festival this Memorial Day weekend alongside Metallica, Foo Fighters, and The Strokes. The track is taken from the quartet’s third EP, last fall’s A Schism Cataclysm, which helped position Paper Tigers as one of the area’s most exciting new bands.

Now, the video for “Ursa Minor” sets its sights on the stars above, detailing a non-linear storyline about the preparation and space travel of fictional astronaut P. Rotagnst, who has unknowingly enlisted in what is perhaps the worst and most poorly thought-out mission into space. Our hero, played by Paper Tigers vocalist Michael Medlock – with the rest of the band also making acting debuts in various roles – is confident in his success, but he quickly discovers that sometimes hard work and belief aren’t enough to avoid lonely peril. The lesson is clear: One has to be aligned and surrounded by people who will contribute to success.  That goes for astronauts and anybodys.

“The concept of this video is loosely based on the ‘Ursa Minor’ lyrics and the artwork of A Schism Cataclysm,” say Paper Tigers. “The general idea was to have an astronaut embark on a doomed mission to space. The four main characters were always a staple of the story, but their individual roles morphed over time and were further intertwined with the personalities of the band members.” 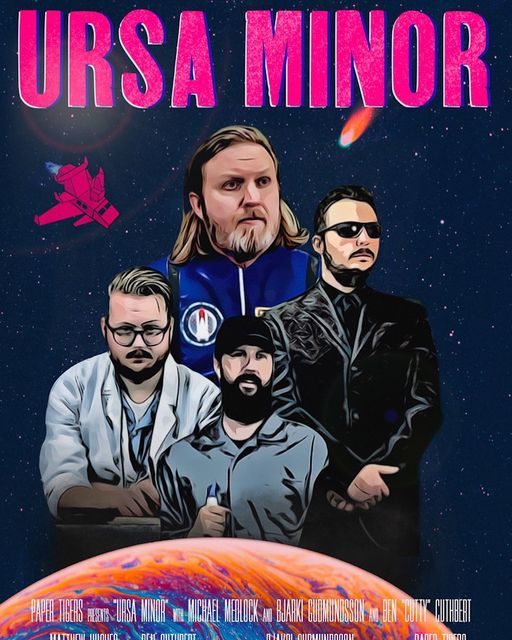 Paper Tigers were formed and built upon a DIY ethos, and the video reflects that energy. The spaceship interiors and press scenes were filmed at the band’s practice space at The Sound Museum, currently in the news for its longtime building’s imminent demolition, and the training and exercise montage was filmed at drummer Cutty’s nearby apartment. The outdoor scenes, including the dramatic crash landing, were filmed at Allston’s famed Ringer Park.

“The video was enormously fun to shoot, and also a ton of work,” the band admits. “We built all the props, filmed and produced the video ourselves. The press conference scenes were especially fun to put together. We were very fortunate to get some help from Boston local artists Little Fuss and Hannah Schzde, as well as support from some close friends of the band. We also edited the video ourselves which turned out to be an insane challenge. None of us had ever worked with green screen, CGI, or mask animation until this video. There was a massive learning curve and literally hundreds of hours invested into the editing process.”

The end result was worth the effort, and it arrives at an exciting time for the young band. In addition to Paper Tigers’ appearance at Boston Calling  in May, they’ll also be performing at The Jungle in Somerville on February 26 (with Salem Wolves, Motel Black, and Junior Classics), March 12 at Thirsty First in Lowell (with Sunshine Riot, Luxury Deathtrap, and High And Dry); March 20 at The Middle East in Cambridge (with Church Girls, Carissa Johnson, and Suntitle); April 1 at Koto in Salem (with Dutch Tulips and Gretchen Shae & The Middle Eight); and May 13 at EXhibit A Brewery in Framingham (with Little Fuss).

“The foundation of Paper Tigers is and always will be based on writing good songs and putting on great live shows,” the band says. “Everything else is secondary to that. [Anyone attending our shows] can expect a dynamic and energetic performance that matches the intensity of our records. More than that, we recognize the importance of having a properly built bill.” They add: “A great rock show is never about just one performance – it’s about the overall vibe that multiple bands contribute to make the night amazing. We’ve been extremely fortunate to be able to select nearly every band we’re playing with this year, leading up to Boston Calling. The bands on our bills are some of the best in the Boston and surrounding regional scenes, and we’re proud to have partnered with them. It’s that connection that makes us all better, brings us all forward, and will highlight the local Boston scene as one of the best in the country.”

It’s all about that company you keep.