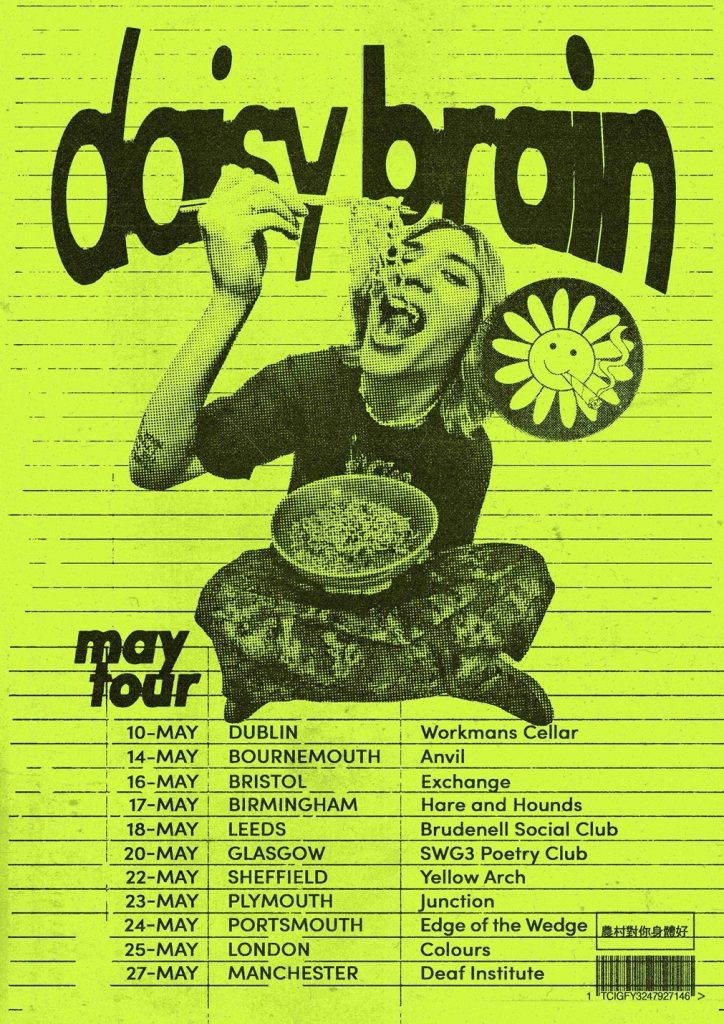 London based emerging indie-grunge artist Daisy Brain, today announces an 11 date May 2022 headline tour, across the UK and Ireland. Full list of dates below. Tickets on sale 7th Feb at 9am – for info visit: https://DaisyBrain.lnk.to/May-Headline-Tour

“absolutely buzzed for touurr! i can’t wait to see all your faces and all the mosh pits – expect new music, new merch and a ringing in your ear as soon as you’ve left the venues. I can’t believe the first one has sold out, I can already tell this next one is gonna be something special.”

Daisy Brain sets out on his SOLD OUT debut headline tour on the 19th Feb, including a show at London’s Camden Assembly. He’s also just been announced to play The Great Escape Festival and The Neighbourhood Weekender in May 2022. This week, Daisy Brain headlined BBC Introducing at the Lexington in London.