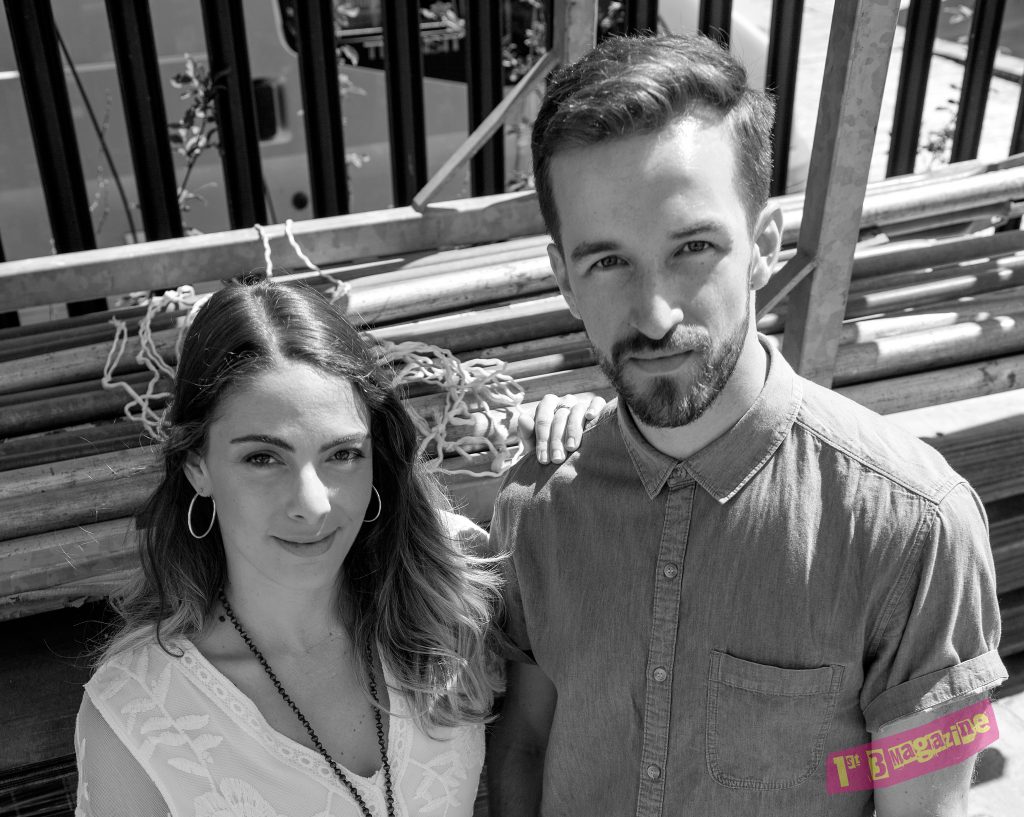 Described as “a very fine addition to the UK’s burgeoning Americana scene” by Folking.com, fast-rising London based O&O’s new single ‘Dancing On The Floor’ (listen here) launches listeners headfirst into a new side of the Israeli-American duo’s sound.

Having spent the last two years building a reputation for acoustic-led songs with intricate “harmonies for days” (Baylen Leonard, The Bluegrass Situation) expertly replicated in a live setting, the opening seconds of new music kick off with a distorted, bluesy guitar riff and approach regret in the way that only a Southern-leaning rock song can, managing to reference both religion and liquor in the first few lines: “Next time I’ll be wiser, Hand on the bible, Swear I’ll behave. Flyin’, lift em up higher, Johnnie-Walking the wire, And I’m falling off the rails.”

The track premiered exclusively during an on-air interview on Country Hits Radio on Sunday (16th Feb), before Orian and Obadiah visited BBC Radio London the same afternoon to perform a live acoustic rendition on Gaby Roslin’s show (listen again here). The duo, who are currently on tour across the UK, also announced a full band headline show at legendary London venue the Spice Of Life on April 24th 2020, with support from Demi Marriner & Robbie Cavanagh – limited tickets on-sale now.

O&O describe ‘Dancing On The Floor’ as “the other kind of drinking song. The track further explores our rockier side, which we have previously dabbled with on ‘Truth Comes Out’. For this song, we delved into the world of vices to question why we humans are often drawn to do exactly what we shouldn’t. The opening guitar riff, which sprang to hand almost fully formed, was the inspiration and driving force of the track. Recorded at our favourite studio, The Cabin (Liverpool), we had free reign to crank up the distortion controls.

“We can’t wait to get on the road and play some new songs for some new folks and look forward to bringing these records to life for our full-band show in London!”

With well over a million views on their official Youtube channel, the recent launch of a new series featuring collaborations with other emerging artists was given the nod of approval from James Taylor himself, who shared their cover of ‘Sweet Baby James’ (with singer/songwriter Joe Martin) on his social media channels last month – watch on YouTube.

ABOUT O&O:
With an impressive two-year run of festivals and live appearances that started back in March 2018 at C2C: Country to Country at the O2 Arena and has since included Cambridge Folk Festival, Wood Festival, Buckle & Boots, The British Country Music Festival and the inaugural Black Deeramong others; live BBC radio performances across the country; and the release of their 2018 debut EP ‘Truth Comes Out’ to a hugely positive critical response, it’s safe to say this London based Israeli-American duo have begun to make their mark.

O&O are comprised of Colorado-native, multi-instrumentalist and vocalist, Obadiah Jones, and Israeli vocalist, Orian Peled. “The shared dream of a career in music led us both halfway across the world to the classrooms of Paul McCartney’s Liverpool Institute for Performing Arts (LIPA), where we met for the first time.” While performing together in various projects during their three-year course, O&O established their deep connection as a songwriting partnership and were awarded the unique opportunity of a one-on-one songwriting session with Sir Paul.

“Upon graduating and with student visa expiration dates looming, we knew there would be no country where we could both live and work together,” Obadiah recalls. Determined to overcome the bureaucracy, they found an unlikely solution – to live and perform on cruise ships. A six-month stint in the Caribbean ultimately led them on a two-year journey, performing for thousands, honing their distinct sound and learning their craft, while touring far reaching parts of the world, from Alaska to the Greek Isles.

This long and winding road led the truly international act to their current home, London, where they hope to become a mainstay in the fast-growing Country and Americana music scene in the UK. Although relatively new to the London scene, O&O have already made their presence felt on the local live music circuit over the last twelve months, with support slots for artists including Australian Music Award nominees, The Germein Sisters, and a number of club and festival appearances. Their live show features the duo’s distinctive, close-harmony sound with an Americana flare – Fleetwood Mac meets The Civil Wars.

Following the release of three standalone singles including ‘Traveling’, ‘Some Days’ & ‘Tears In The Rain’, with videos premiering on major US sites The Boot & The Bluegrass Situation and coverage in the pages of magazines like Maverick and Songwriting; the duo’s debut EP ‘Truth Comes Out’ was released in September 2018 and is available to stream/download now (Spotify / Apple Music / Amazon), followed up late last year with the first taste of new music, in brand new track ‘Here We Are’. Upcoming tour dates include: