Ready And Poised – The Let Go 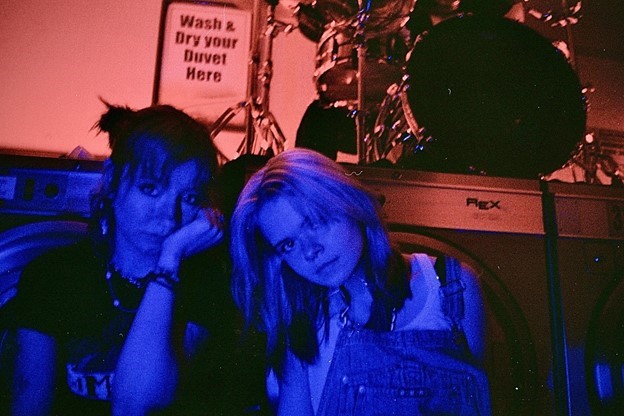 The Let Go drop their new single ‘Last Year’s Model Club’, the latest offering from the most exciting new band in the UK. After recently signing to Chess Club – a label famed for breaking new talent, where recent signings include Alfie Templeman and Pixey, and alumni include Jungle, MØ, Wolf Alice and Easy Life.

The Let Go are poised for big things ahead, already receiving support following previous singles ‘Vegas’ and ‘Woke’ from the likes of The FADER, Clash, Dork, DIY, BBC Introducing and BBC Radio 1’s Jack Saunders, and playing packed rooms at Live At Leeds and Sound City, as well as supporting The Night Cafe and Daisy Brain on their respective UK tours.

‘Last Year’s Model Club’ showcases yet another string to The Let Go’s bow, a sweet slacker banger from the perspective of a jilted ex, showcasing Cole’s smooth vocals and the pair’s pitch perfect production, with additional production from Oscar Scheller. Cole explains, “Everyone goes through that one relationship that breaks you, and this song shows that being in the ‘Last Year’s Model Club’ isn’t freeing or relieving, but more so sends you into being the chaotic crazy ex-girlfriend.” The accompanying video is co-produced, co-directed, co-edited, and co-wrote by Cole and Scout with Frankie Beanie, and is released today alongside the announcement of the duo’s debut EP Delete My Feelings, due on 18th March.

Today the band’s first two headline shows are also on sale, taking in dates in London and their hometown of Liverpool. See the dates below and buy tickets at www.gigsandtours.com.

The Let Go are Cole and Scout, 19-year-old Washington natives who relocated to the UK to attend LIPA in Liverpool. Cole and Scout met during their last year of high school, and within a month were on tour (with Cole acting as their booking agent, and her mother as tour manager). Now based in Liverpool (Scout crossed the pond to join Cole at the end of 2020, in the middle of lockdown), they write and produce all their own work together, with influences ranging from The 1975 and Billy Joel to Brockhampton and Dominic Fike, drawing influence from bedroom pop, hip hop, punk, indie and everything in between to create their own unique sonic landscape made for the here and now. Following their signing to Chess Club, The Let Go are poised to become one of the most exciting new acts in the UK.