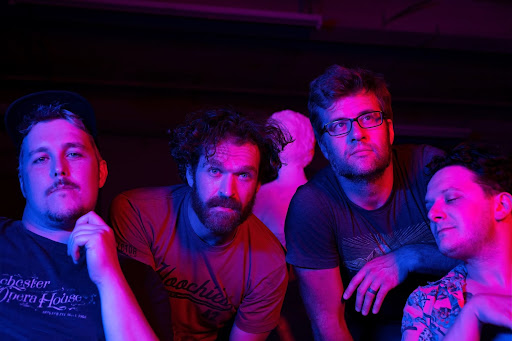 One of the great dichotomies of modern life is our urgency to move forward at a time when we have no idea where we are going.

The impact of the past two years, on every human level, cannot be understated, but what’s perhaps more terrifying about where we’ve been is the lack of understanding of where we’re headed. It’s created a tightness to the right here, right now, and the tension it’s creating throughout society is becoming increasingly hostile. Salem Wolves have captured that paranoia and agitation through their ferocious new record Hostile Music, with its title track crashing the streams, complete with lyric video, on Wednesday, January 19.

The five-song EP, set for release this spring after a monthly rollout of singles (the fiery “Hostile Music” this month; psych-rock tumbler “We Aren’t Your Friends” in February; and the haunting “Breaking Grounds” in March, completed by live versions of Wolves classics “Titanium” and “Turn to Gold”), center around the people we’ve changed into, and the myriad ways that isolation and fear can change and distort a person. The feeling rings through in true psychotronic fury for the New England quartet, with their first new music since last year’s 617Sessions with the Boston Music Awards (“Paraffin”), where they were nominated for Rock Act of the Year. They didn’t win, but these days, few do.

“Hostile Music is about the feeling of hostility that’s all around us right now, trying to explore and unpack what it feels like to live constantly under siege by a toxic culture and society,” says Salem Wolves singer and guitarist Gray Bouchard. “Hostility is probably the behavior I’ve struggled with the most in my life, especially the past few years – people being hostile to me, me being mean right back. Hostility isn’t rage, it isn’t righteousness, it isn’t indignation – it’s distrust. It’s not a particularly useful feeling… hostility doesn’t change the world, it can’t make anything better. It’s a behavior that separates us.”

And that’s the core of this new batch of songs from Salem Wolves, a mainstay in the Boston music scene who are extending outreach to capture the zeitgeist of not just a city, but the nation at large. Because what’s happening here is happening over there, despite the man-made borders that separate us.

“I felt compelled to write about the feeling of hostility, from within and from outside, to give a form to that sense things aren’t getting better and we can’t keep going like this,” Bouchard adds. “We’ve never been much of a kumbaya, ‘everybody get together, love one another’ kind of group, but I do think if we can give it a name, we can try and fight it. Writing it is exorcising that demon as well as reflecting the dark place we’re at now.” 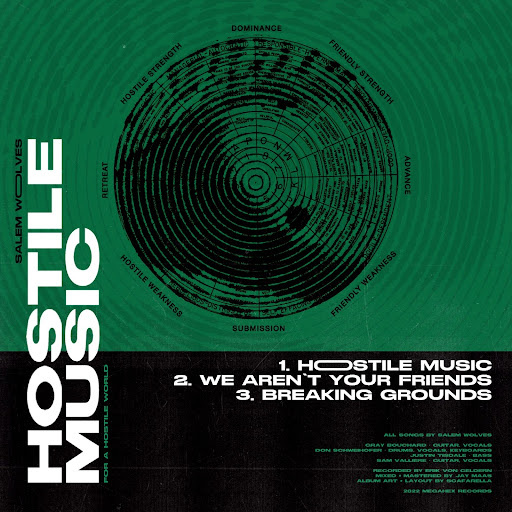 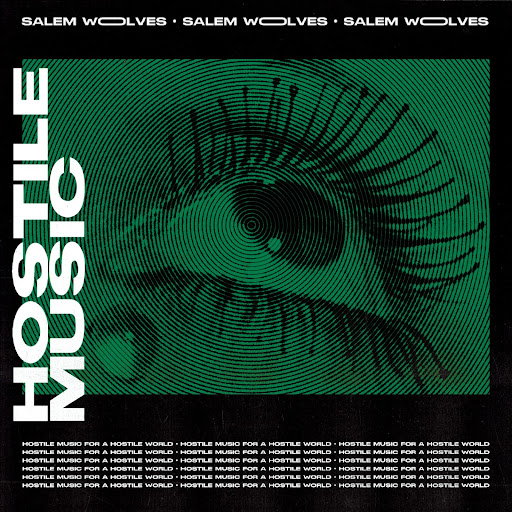 The Hostile Music EP finds Salem Wolves at a fully-realized state. Following the release of last year’s Never Die!!! EP, and their 2018 debut album Shake, Bouchard reloaded the Wolves lineup in late 2021 to feature drummer Don Schweihofer, bassist Justin Tisdale, and guitarist Sam Valliere. He calls it a more ferocious and versatile lineup, with the basic core of Salem Wolves – loud, emotionally urgent music – still intact. This is still a band that writes the songs that they want to hear, but there’s a deeper, more complex craftsmanship and arrangement to Bouchard’s primal slash-and-burn tendencies, as if they’ve abandoned the suburban garage for an urban military bunker. And that rings true in the Hostile Music EP’s title track, perhaps the band’s most incendiary work to date.

“We’ve always been drawn to exploring complicated, unsavory characters and feelings,” Bouchard notes. “Both the music and the ideas of ‘Hostile Music’ evoke that: We’re not here to save the world, we’re here to reflect it – unflattering angles and all. The song is dark and desperate, but also a soaring plea to come together. We know we’re not alone in feeling crushed under the weight of hostility, so we’re hoping this song gives some relief to the folks who feel like us, something they can sing along to, to know the world doesn’t need to be so lonely.” He adds: “With so much of our lives lived in isolation these days, it’s easy to breed hostility. When all we have is a screen to look at the lives and thoughts of others, that little window doesn’t allow for much humanity to shine through. We judge folks harshly. We set up walls against people and behaviors we find unsavory. Maybe there’s some wisdom and self-care in that, but the feeling of anger and distrust against someone itself is toxic. It eats away at you. The song is a wake-up call: We can’t live in this state of hostility all the time.”