Steve Best: Comedians Back To Front 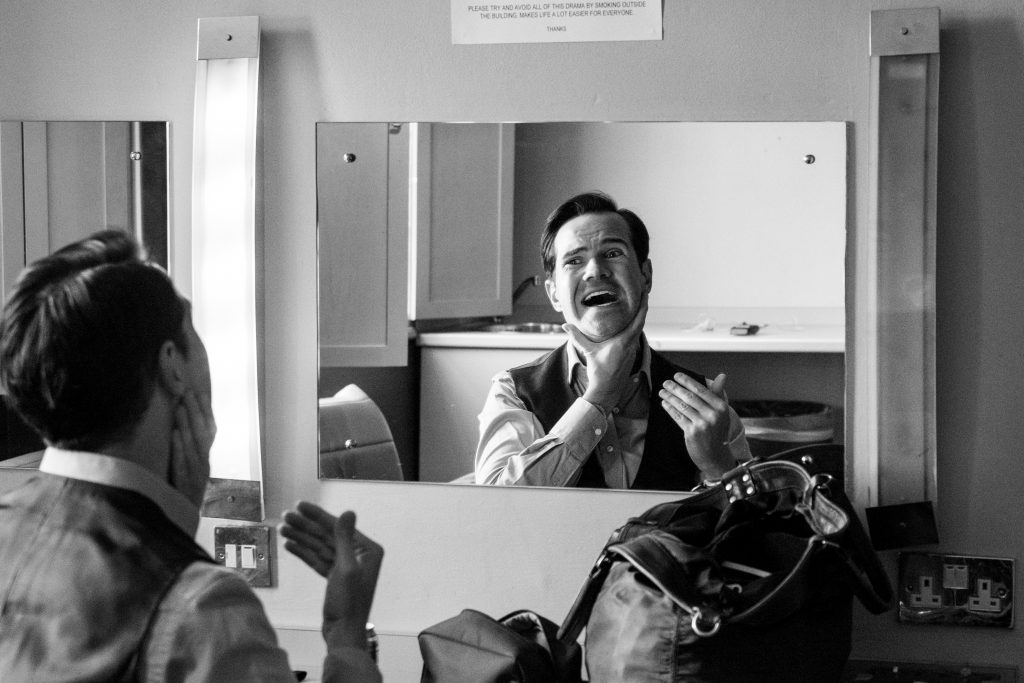 Comedians: Back to Front gives us an exclusive and revealing peek behind the curtain of the British Comedy scene.

Being in the exact right place is only one thing, however. Being there at the right time is another matter entirely; and none more so than when it can be measured by the split-seconds of the camera’s shutter. We are very fortunate, therefore, that Best’s mastery of photographic timing is faultless because with it we get such a complete picture.

The look exchanged between Julian Clary and the compere Paul Thorne, at the Ealing Comedy Festival, was as fleeting as can be, but its depth does not escape Best’s eye. There is such camaraderie and affection between the two comedians. There is admiration. Well-wishing and gratefulness. And we sense the shared adrenalin rush.

We know that it is Joe Rowntree who must be about to go on because we can hardly breathe for him whilst Michael Fabbri must just have triumphed because Best captures his immortal smile for all eternity. In Best’s image of Barry Cryer we have a whole career in the mirror, and we can’t tell whether the name-call is about to happen or is as long gone as any of the nerves that used to go with it.

And who knew that Jack Whitehall might ever take anything seriously enough to show any nerves, or to feel the need to actually plan any of his material for that matter? But of course he does, and of course he has to – as Best reveals so perfectly to us. And so it is with Harry Hill. Everything is there in the moments of stillness that Best portrays – the meticulous and hard-working people behind the comic personas we know and love. Everything that goes from back to front.