The Kids Are Alright For Christmas – Yellowcard 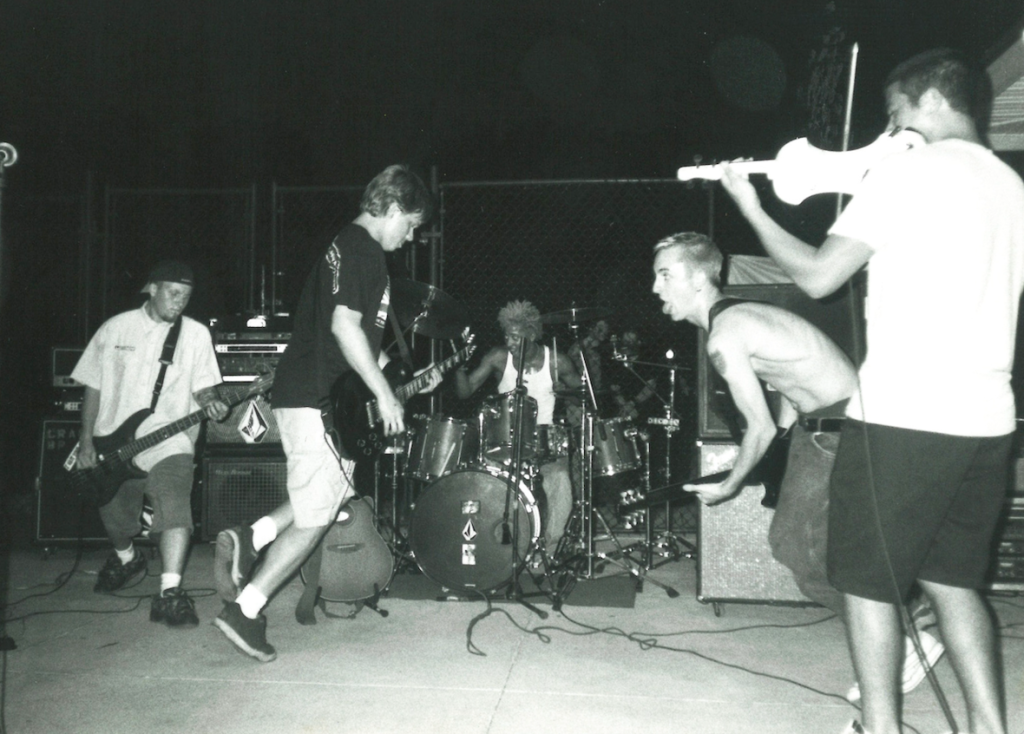 ‘One For The Kids,’ the 2001 third studio LP from beloved pop-punk band Yellowcard is celebrating its 20th anniversary with a completely remixed and remastered high definition version of the classic album on vinyl and digital, with new artwork and featuring never before seen band photos and an unreleased version of the song “A.W.O.L.”

The album is now streaming on all DSPs:

Lobster Records, the band’s first label home, has launched pre-orders for the vinyl at: http://lobsterrecords.limitedrun.com. Founding lead guitarist Ben Harper tells Spin, “Because of the fact that Lobster Records had stored the reel to reels impeccably, we were able to sonically enhance the entire project while keeping the integrity of the original tracks. This was our first ‘big studio’ recording experience, yet on a small ambitious label. We did in fact, run over budget and time during the original recording process. The remixed, remastered version is One for the Kids in high definition. It’s a brand new listening experience in its entirety, and you hear and feel sounds you haven’t before. Fans who grew up on this album will be blown away as well as first-time listeners will be drawn to it. This reissue is a fantastic 20th-anniversary gift or Christmas present for Yellowcard and pop-punk fans worldwide.” 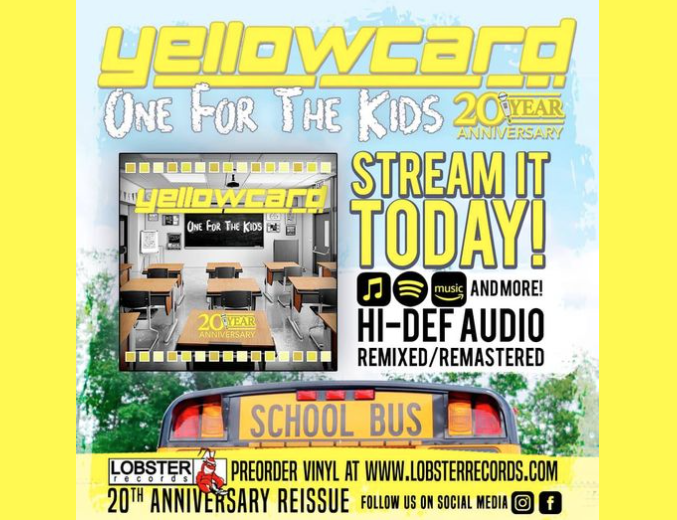