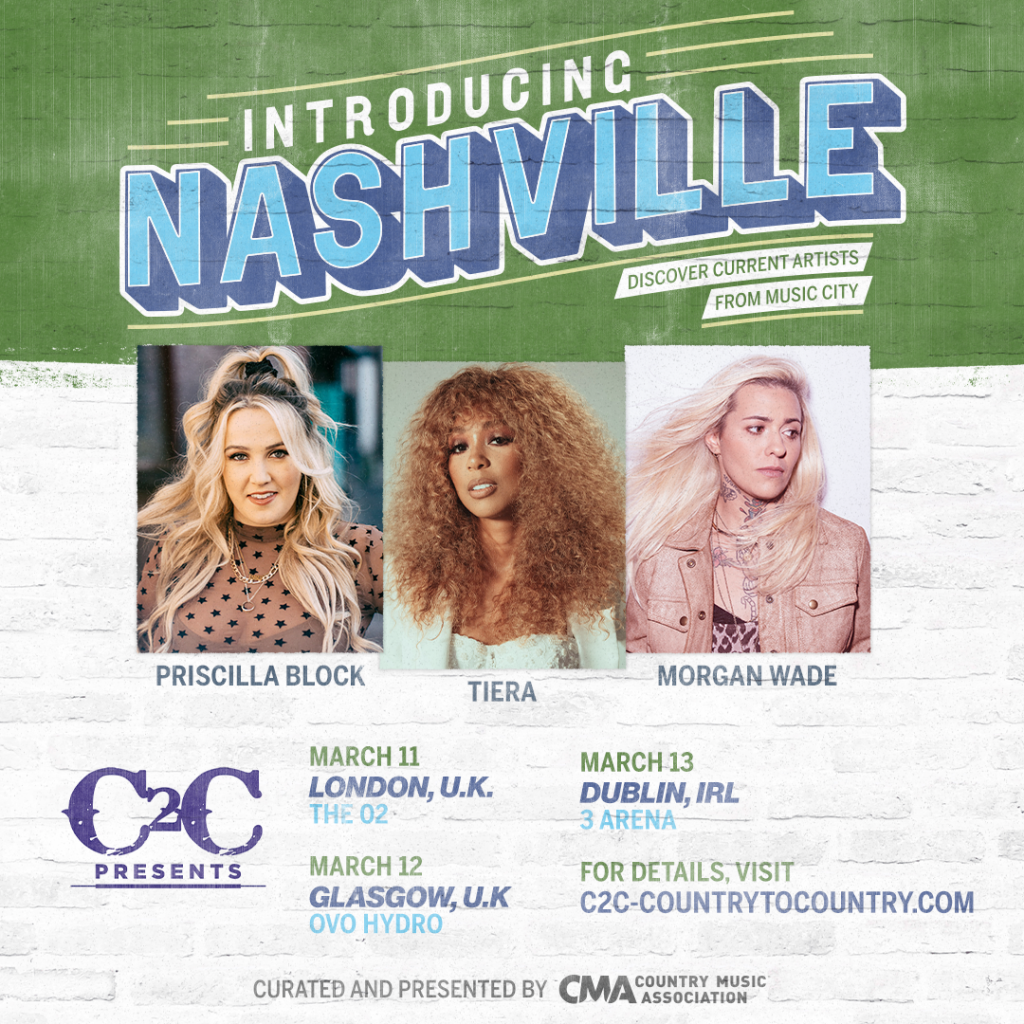 Country to Country is pleased to announce that Morgan Wade, Tiera and Priscilla Block will take to the main stage as part of the Country Music Association’s international series Introducing Nashville.

Since 2019, CMA’s international artist-focused touring series Introducing Nashville has taken Nashville-style songwriter rounds across the globe, which see artists taking the stage together in an acoustic line-up to share the stories behind their songs. This line-up of incredibly talented artists is a great representation and a true cross-section of what is coming out of Music City right now. For more information about Introducing Nashville, visit IntroducingNashville.com

Country to Country 2022 is also delighted to confirm the Spotlight Stage is returning, presenting some of the brightest upcoming artists including BRELAND, Brittney Spencer, Callie Twisselman, Callista Clark, Seaforth, Tenille Arts and Tenille Townes with more to be announced.

Situated in London and Glasgow’s main arena, the Spotlight Stage hosts performances in between main artist sets. Many of the biggest new acts winning fans on American country radio and supporting major tours play the Spotlight Stage, giving fans the chance to see stripped back performances from some incredible up and coming talent.

A favourite amongst C2C fans, the C2C Official Aftershow Parties are back! Taking place post mainstage celebrations in indigo at The O2, the Official Aftershows will continue the party with headline sets from special guests. Nashville’s own resident DJ Hish will once more host and close out the night with his legendary sets.

Tickets are on sale now www.gigsandtours.com and www.axs.com. 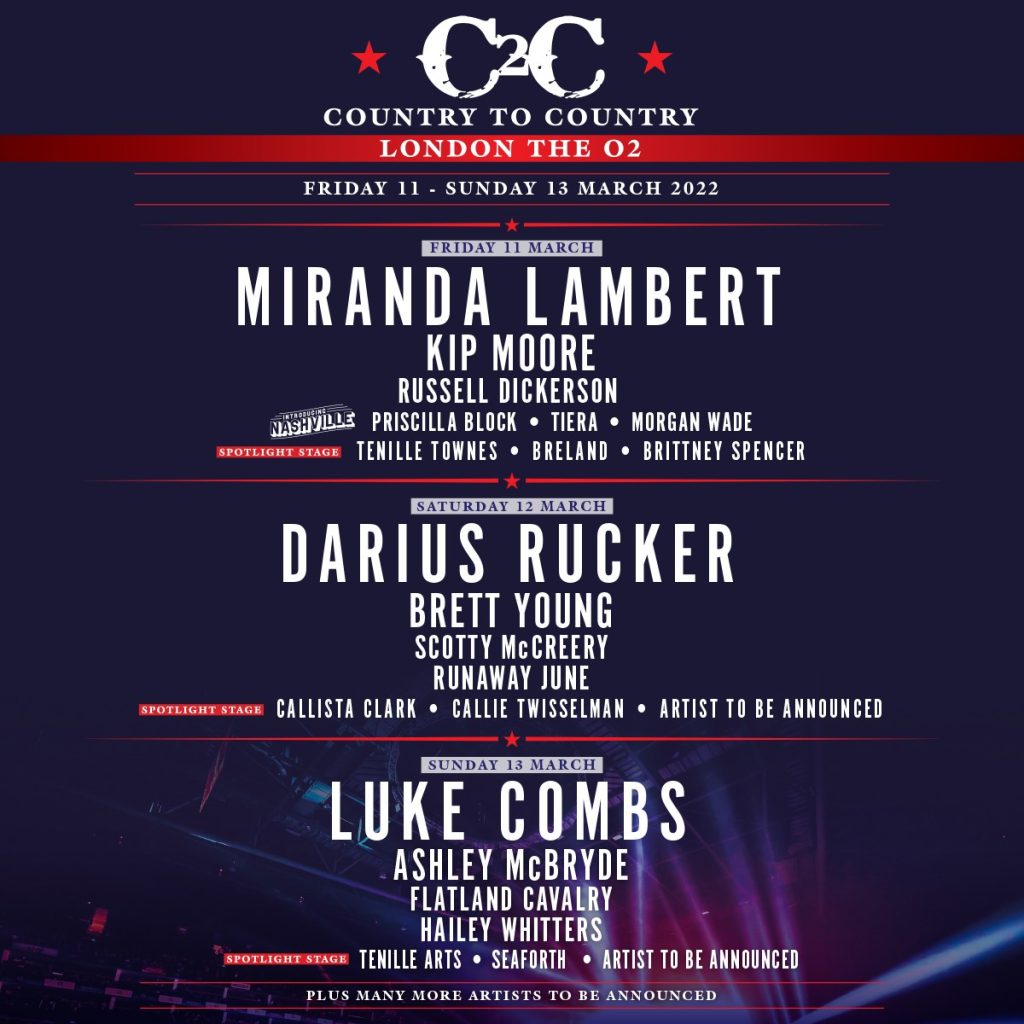 Country to Country has become a staple in the UK festival calendar and has brought country music to the UK and Ireland masses, with tens of thousands of fans attending each year. The festival continuously hosts the best in country music and entertainment, bringing over the world’s best country stars as well as emerging talent from Nashville, UK and Europe. In 2019, C2C welcomed over 70,000 fans, who enjoyed music from artists including Keith Urban, Lady Antebellum, Chris Stapleton, Brett Eldredge, Hunter Hayes, Lyle Lovett, Cam, Dustin Lynch, Ashley McBryde, Chase Rice, Carly Pearce, Drake White & The Big Fire and more; as well as programming from the Festival Stages, BBC Radio 2 Stage, CMA Screenings, The Bluebird Café, Aftershows and C2C Sessions.

Tickets are available from: