A Choir Of Harmony – Babe Rainbow 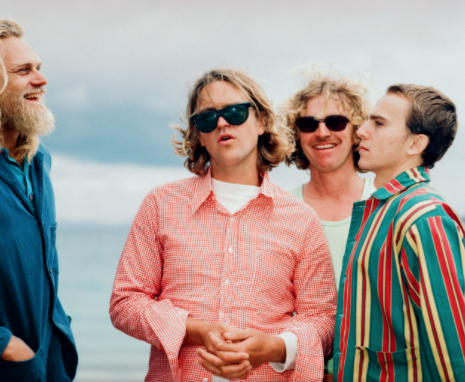 Following the release of latest album Changing Colours that included a collaboration with superstar Jaden Smith, today Babe Rainbow share new single ‘Smash The Machine’ – a time travel back to the colourful sixties.

‘Smash The Machine’ is an air adventure out of your head and into the screen. A contradictory joyous choir of harmony to juxtapose its biting commentary on technology and consumerism.

Babe Rainbow have cemented themselves as one of the faces of rainbow psychedelia, making music that absorb the beautiful surroundings of the macadamia farm that they call home. 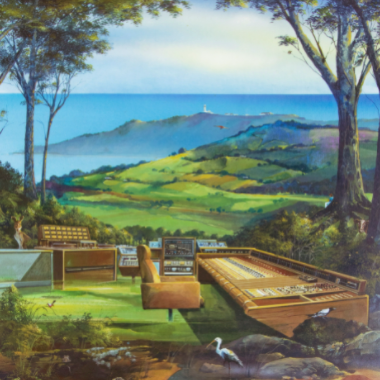 As is befitting for a story with its origins in Australia’s Byron Bay, the three core members of Babe Rainbow met in the surf. Angus Dowling, Jack Crowther, and Elliot O’Reilly had barely dried off when they had formed the makings of the band. They worked together as apprentices to English farmer John Cults to record their first music.

Like-minded souls soon caught their music on the wind: Eric at Flightless Records, the label set up to release King Gizzard and the Lizard Wizard’s hefty catalogue of records, welcomed the band into the family, releasing Babe Rainbow’s early string of singles. Stu from King Gizz soon offered to produce their debut album and they were away. Once Danger Mouse released their sounds in the US on his 30th Century Records imprint, the word was well and truly out.

The relaxed nature of their sound belies their work ethic, as Babe Rainbow released four albums in just as many years. The eponymous debut, their sophomore effort Double Rainbow, Today, and this year’s Changing Colours. Piquing the interest of discerning music heads around the world, they sold out the Great American Music Hall in San Francisco, Point Éphémère in Paris, Elsewhere in New York, Café V Lese in Prague, Monk in Rome, the Crocodile in Seattle, and the Highland Lodge in Los Angeles.