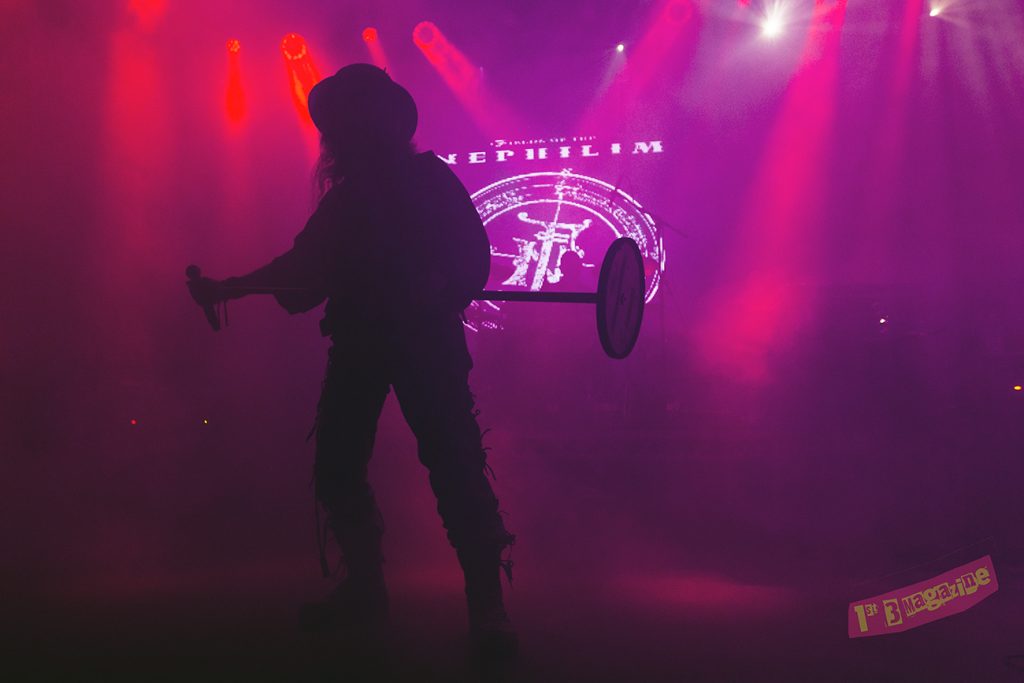 As tickets went on sale on 26 November, TOMORROW’S GHOSTS FESTIVAL 2022 were pleased to announce their Friday night headliner….FIELDS OF THE NEPHILIM

Already shaping-up to be a vintage year, Friday 28th October 2022 will be crowned by a set from the original goth rock messiahs. Formed in Stevenage, Hertfordshire in 1984, Fields of the Nephilim have become goth scene trailblazers and die-hards to the cause ever since.

Immediately turning heads with their definitive “dust and death” image, the band also possessed a secret weapon in founding member Carl McCoy. Fronting the band with some of the recognisably ravaged vocals of the genre, McCoy and co. released their debut single “Power” in 1986 via the Beggars Banquet label and would rapidly ascend through the ranks with compositions which incorporated psychedelic, progressive, and heavy metal elements that would defy the naysayers time and time again.

With the assistance of a revolving line-up of members over the years, Fields of the Nephilim pushed the goth sound (and look) to boundary-pushing new stratospheres. Finding Indie Chart topping success with their first two albums ‘Dawnrazor’ (1987) and ‘The Nephilim’ (1988), the band’s magnetic, macabre appeal would also see them break into the mainstream on the back of hit singles including “Moonchild”, “Psychonaut” and “Summerland” all of which stormed into the Official UK Charts Top 40). Releasing a string of seminal albums between 1987 and 1991 (“Dawnrazor”,  ‘The Nephilim’, ‘Elizium’ and ‘Earth Inferno’), of which the latter three would become Top 40 smashes in the Official Charts; creating a legacy that is all but immortal in the eyes of their dedicated followers. 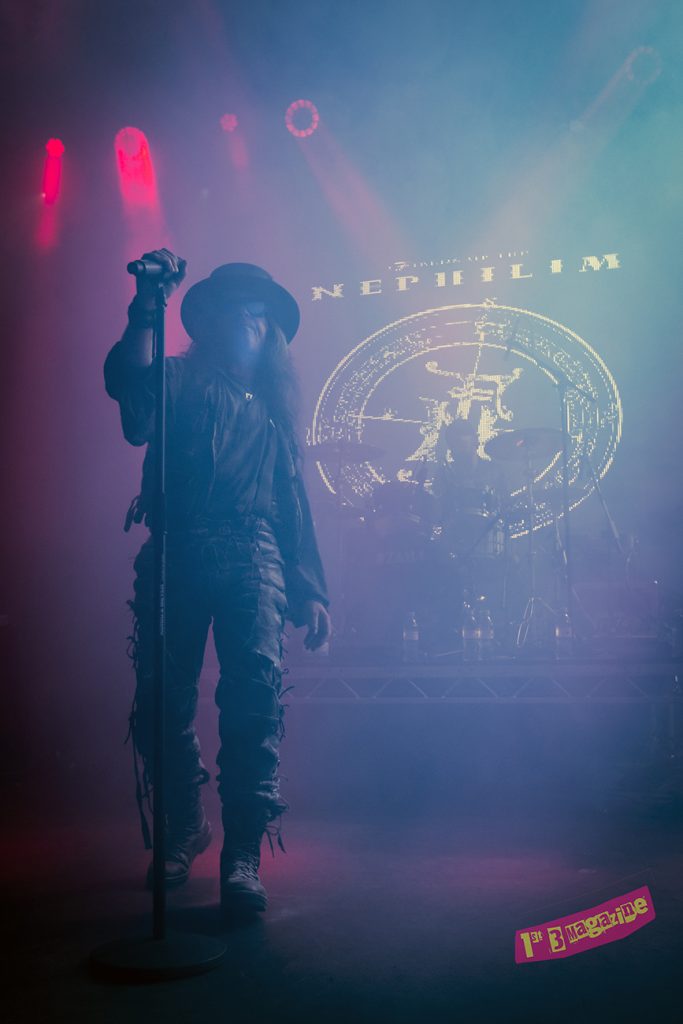 Splitting shortly after the release of ‘Earth Inferno’, the band officially reformed as Fields of the Nephilim in 1998 with original members Tony Petit and Carl McCoy leading the charge. Steadily releasing new material such as the singles “One More Nightmare (Trees Come Down A.D.)” (2000), “From the Fire” (2002) and most recently “Prophecy” in 2016, FOTN have continued to play established venues and festivals across Europe to an undyingly loyal fanbase ever since.

Headlining the Friday night at Whitby Pavilion, Tomorrow’s Ghosts is overwhelmed to have the band back to the UK’s gothic mecca in 2022. This is guaranteed to be an unmissable headline performance from one of Goth’s most significant artists. 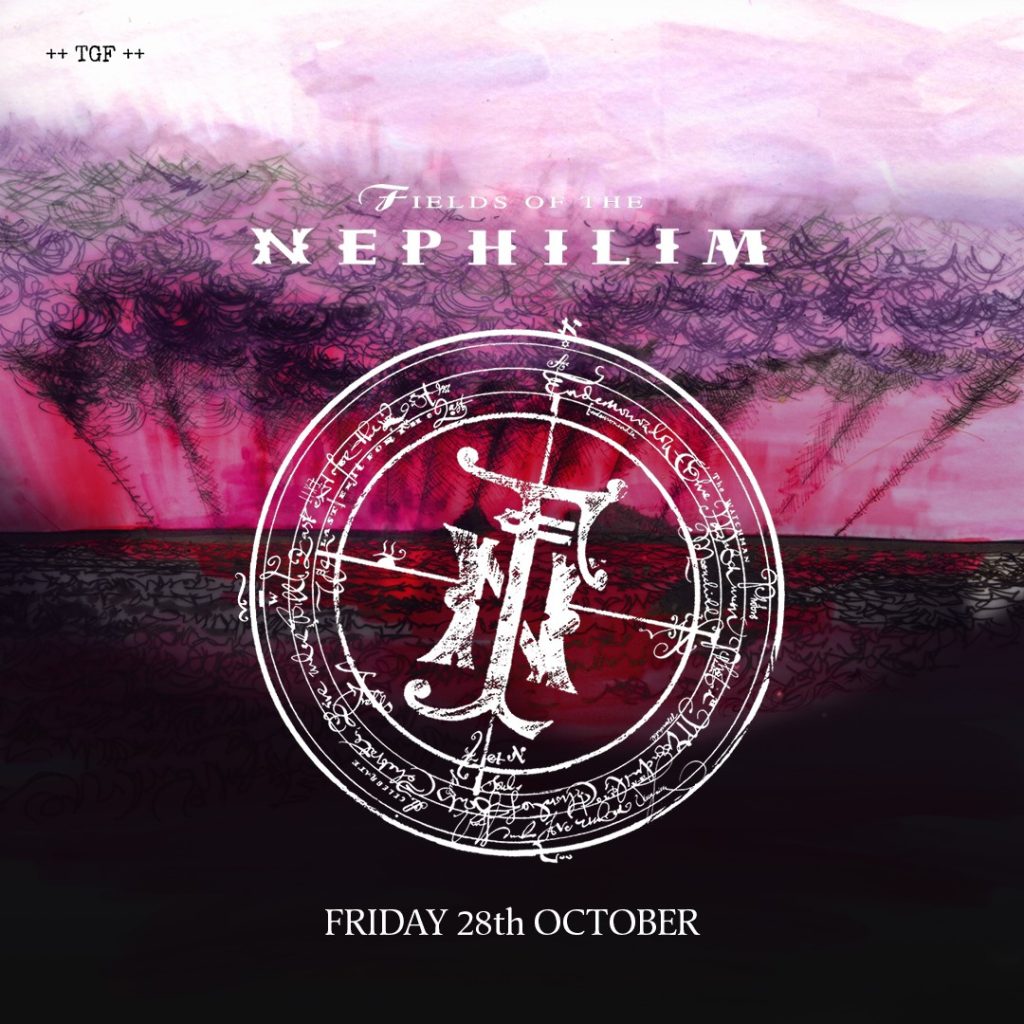 FOTN will join a line up of incredible acts already confirmed to be appearing at Whitby’s premier gothic and alternative arts festival. Alluring artists from across Europe & the USA, previously announced acts for the 2022 event include very special guests Into A Circle, Ghost Dance, and Balaam And The Angel, as well as exclusive performances from Bootblacks, All My Thorns, AND Evil Blizzard present… ‘Blizzoween’.

Very special Saturday night headliners are to be announced in due course….

LINE UP SO FAR

Headliner – Fields of the Nephilim

Special Guests – Into a Circle

The only festival unafraid to paint the town black, Tomorrow’s Ghosts Festival will return to Whitby for Halloween 2022. The ultimate celebration of all things Gothic and alternative, the festival will return to its spiritual home between Friday 29th to Sunday 30th October 2022. A weekend that relishes in the darkest of arts, from music to markets, performance to literature, and so much more, the festival remains central to the wider events taking place across the town, the official birthplace of Dracula for what will be its fifth year.

Dabbling in the dark arts to provide one of the most unique festival experiences in the country, expect diverse performances and surreal happenings aplenty when Tomorrows Ghosts returns on Halloween weekend 2022.

Tickets for Tomorrow’s Ghosts Festival are on general sale from Friday 26th November at 10:00am. Links and prices are as follows: