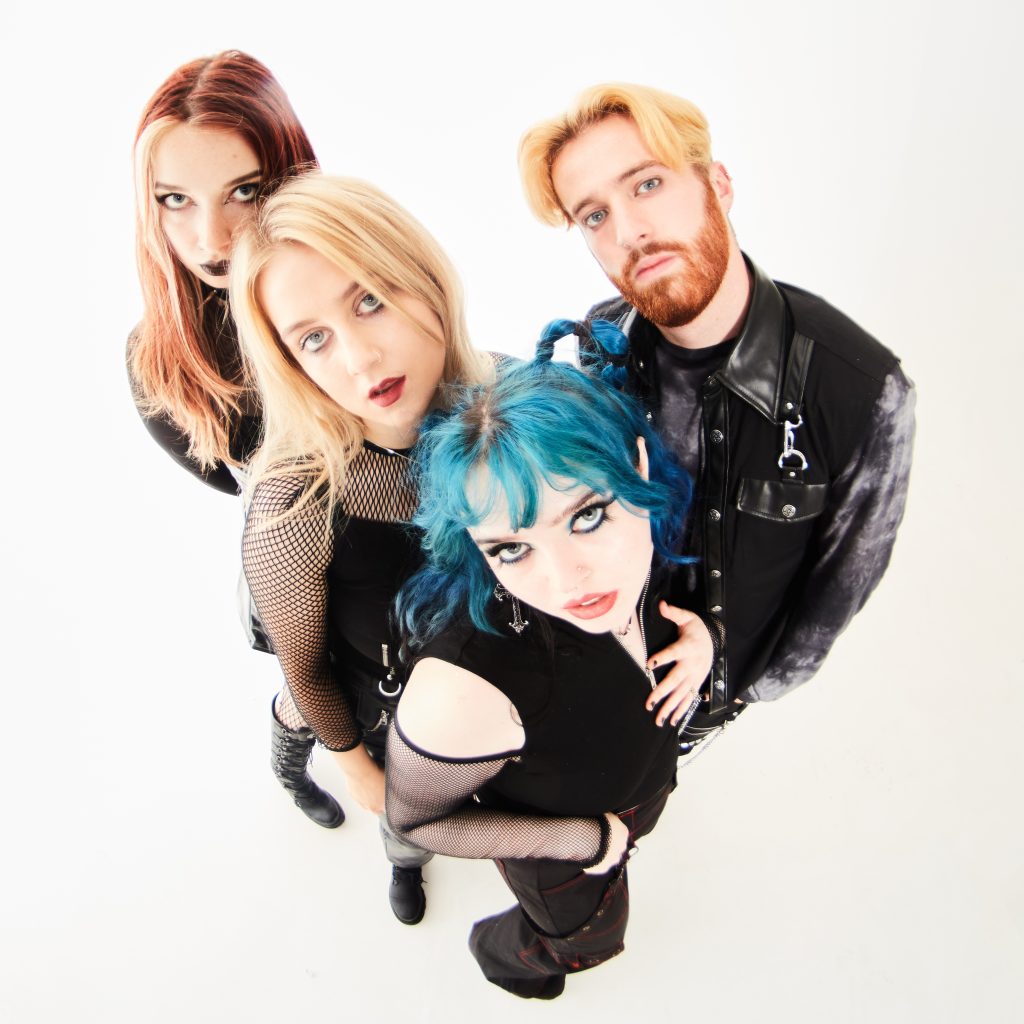 Liverpudlian four-piece CRAWLERS have had a whirlwind 12 months. The alt-rock band have become synonymous with an eclectic brand of music combining grunge, rock, pop and indie into a sound packed full of attitude and socially conscious lyricism. An attitude that has seen the band explode on social media.

The quartet reveal exciting news of live shows set for March and April 2022, playing a handful of headline shows early in the New Year.

From the grunge-tinged fuzz of last year’s ‘Hush’ and the breathless, politically-charged ‘Statues’, to the bristling, abrasive sonics of recent single ‘MONROE’, CRAWLERS take no prisoners. Their latest release, ‘Come Over (Again)’, was the final single to be released from the band’s debut EP – a further example of their distinct versatility.

Diverging from the heavy, corrosive soundscapes that have become their trademark, ‘Come Over (Again)’ embraces the ethereal ambience and intimate vulnerability of the likes of Julia Holter and Angel Olsen.

Commenting on the track, the band state that “’Come Over (Again)’ is a song we’re all incredibly proud of. The whole writing process in the studio lifted the song from a small and gentle acoustic number, to an enormously abrasive and emotional coup. We’ve never done anything like it before and it has shown us what we’re really capable of as musicians.”

Tickets for the new live shows go on sale at 9am on Friday 26th November, available from www.gigsandtours.com