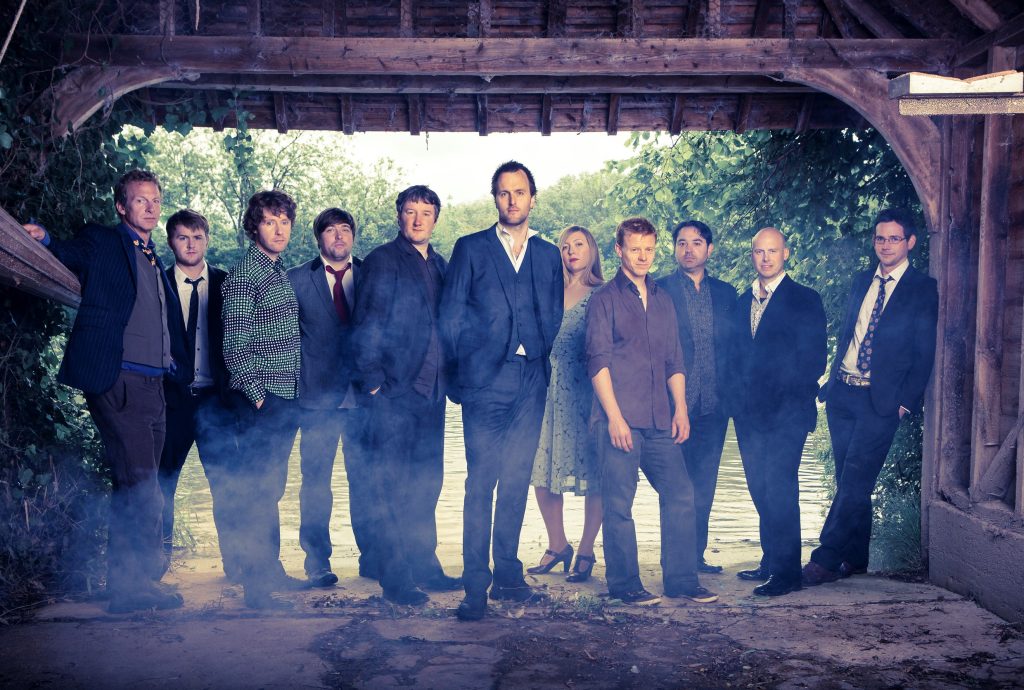 During lockdown in 2020 the 11 members of Bellowhead first re-connected online to remotely record ‘New York Girls – At Home’. That led to re-uniting in person for a one-off performance which was streamed to mark the anniversary of Hedonism.

Thousands of fans watched the concert (one of the biggest online streams of 2020) confirming that Bellowhead are still one of the biggest and most in demand UK folk acts despite not performing for nearly 5 years.

The stream led to pleas from fans for more and now the stars have aligned and they are to reunite for a mammoth tour in November 2022 to celebrate the 10th Anniversary of their fourth album Broadside!

The band say “The reaction to the online concert was overwhelming and we really did enjoy playing together again. The 10th anniversary of Broadside presented an opportunity for us to take things one step further and get back out on the road. We couldn’t say no! It’s going to be lots of fun – hope you’ll join us for the party.”

Broadside was released in 2012 and produced by John Leckie. It gave the band their first Top 20 in the UK Official Album Charts and features 12 songs including the BBC Radio 2 playlisted singles ‘Roll the Woodpile Down’ and ‘10,000 Miles Away’.

Support on all dates will come from Sam Sweeney with his band. Sam is a veteran of the mighty Bellowhead and former artistic director of the National Folk Youth Ensemble. He recently released his second solo album Unearth Repeat.

Bellowhead formed in 2004 and after 12 amazing years, they called it a day in 2016. In their active years they played to thousands of people at festivals and on tour, recorded 5 studio albums (selling over a quarter of a million copies), were the proud recipients of 2 x silver discs and won a staggering 8 x BBC Radio 2 Folk Awards. Fans are sure to delight in the news that one of the planet’s most exciting, joyous and brilliant live bands are set to reunite for a special one-off tour in Autumn 2022. 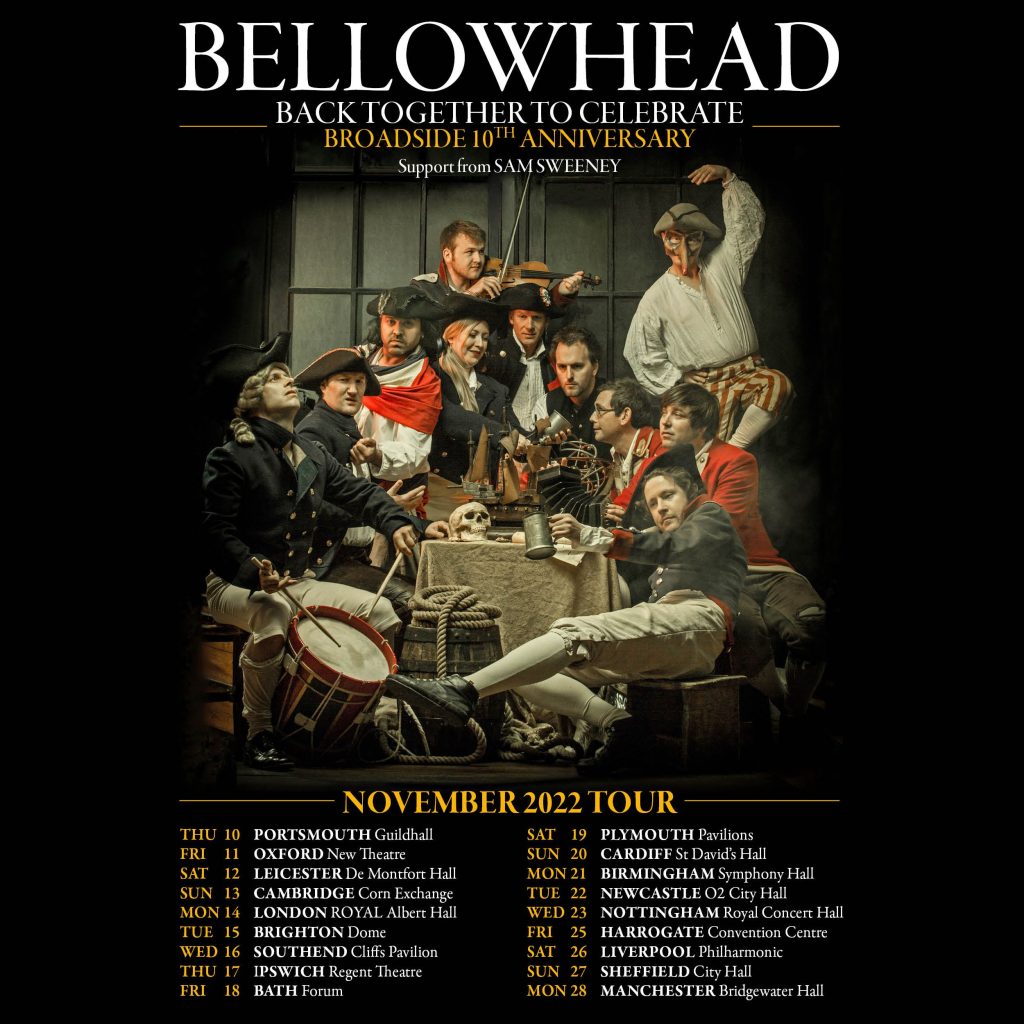 Tickets go on general sale on Friday 26 November 10am http://gigst.rs/bellowhead