To celebrate the occasion, the band have also revealed a lyric video for their new single ‘Future Calls’, which features Kai Hansen (Helloween/Gamma Ray) and his son Tim Kanoa Hansen (Induction).

Get the single digitally, here: https://bfan.link/eternal-flame

Bill Hudson states: “I can’t believe I’m saying this, but it’s finally time to unveil Eternal Flame to the world. Two years of hard work, a line-up change, a global pandemic but we did it! This baby is now out there and I can’t wait for all of you to hear it! And to celebrate, we chose 'Future Calls' as the new single! There’s a very special reason for this: Kai Hansen is a childhood hero of mine and a few years ago we had a chance to become friends. It only made sense to me to have him as a guest on the album, and when he suggested his son Tim Kanoa Hansen came along too, I thought I’d sure love to host a family reunion! I hope the fans enjoy this album as much as we did!”

Get your copy of Eternal Flame here: https://bfan.link/eternal-flame

Northtale are an international five piece power metal band which was formed in 2017 by guitarist Bill Hudson (Doro TSO, ex-U.D.O), who was initially writing songs for a solo album. Drummer Patrick Johansson (ex-Yngwie Malmsteen/W.A.S.P), keyboardist Jimmy Pitts, bassist Mikael Planefeldt and former singer Christian Eriksson (ex-Twilight Force) joined during the demo stages, when a decision was made to turn the project into a full time band. The group’s debut album Welcome To Paradise was released in August 2019 via Nuclear Blast. In the Summer of 2020 the band chose its new vocalist, Guilherme Hirose, after a worldwide search which included 40 candidates from 11 different countries. 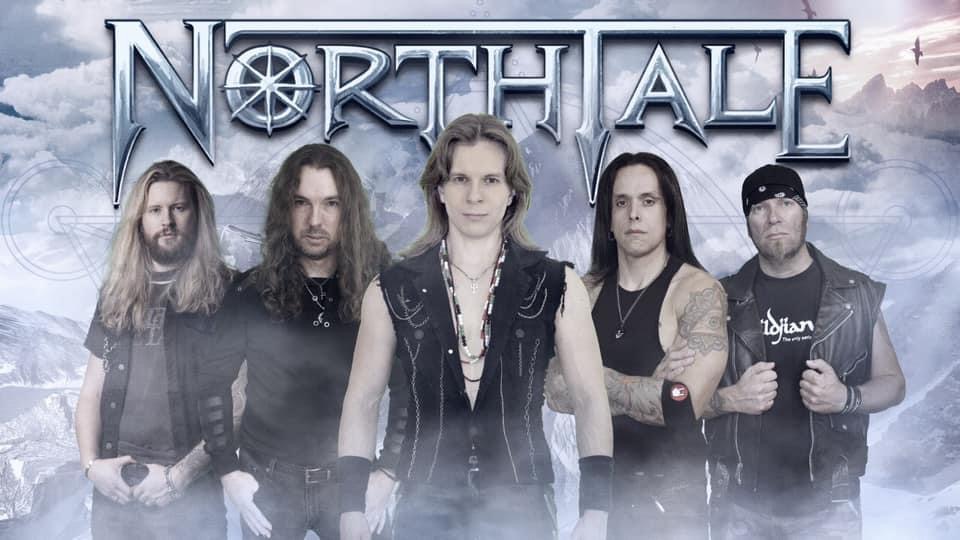