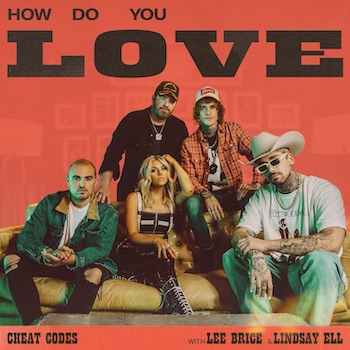 Coming off the heels of releasing their highly anticipated album Hellraisers, PT 2. “How Do You Love” (featuring Lee Brice and Lindsay Ell) is the next title track and a follow up to their hugely popular single with Little Big Town that was released this past July.

Coming off their Country-Pop crossover single, “Never Love You Again” with Little Big Town and Bryn Christopher, the chart-topping artists are back to showcase yet another dimension of their musical talents with their newest collaboration. “How Do you Love” features vocals from Lee Brice and Lindsay Ell and is available now on all digital streaming services, found here.

"We flew down to Chicago with Lindsay Ell and surprised Lee Brice at one of his shows, which eventually became the official music video for the single. Lee Brice is a staple in the country community and knows how to make a heart swell so we couldn’t think of a better friend to take on the duet alongside Lindsay Ell. We hope you love this song as much as we did making it for you. The song has a special feeling of love and is something that's relatable to everyone," say The Cheat Codes. "Sometimes you’re head over heels and sometimes that special someone is right under your nose but you never realized why - what we’ve learned to understand is, love takes time and we hoped to capture that feeling with ‘How Do You Love’."

Cheat Codes released the first part of their debut album Hellraisers, Pt. 1 in May. The highly anticipated release featured tracks such as the lead single “Lean On Me (feat. Tinashe),” “Stay (feat. Bryce Vine),” “Do It All Over (feat. Marc E. Bassy),” and “Hate You + Love You (feat. AJ Mitchell).” The name of the album, “Hellraisers,” was the nickname given to the group by their late manager, Michael Theanne, who passed away over a year ago, describing their playful and adventurous lifestyle. The album itself has three parts – each part has a distinct sound influenced by each member. This first part is focused on Trevor’s pop-leaning sound, while the second part will be focused on KEVI’s hip-hop.  Hellraiser part 2 was relesed earlier this month to much anticipation with three key singles hitting the market in advance of the album.  The last single was Hurricane featuring Gray and Tyson Ritter.

Ever since Cheat Codes hit the scene they have hated the idea of being kept in a box of one genre. Always wanting to be able to experiment, push the envelope, and blur the lines between different types of musi, part two of the album did just that. They focused on where it all started for them as kids. POP PUNK. With songs featuring Travis Barker, Blackbear, Trippie Reed, Bring me to the Horizon and All Time Low.