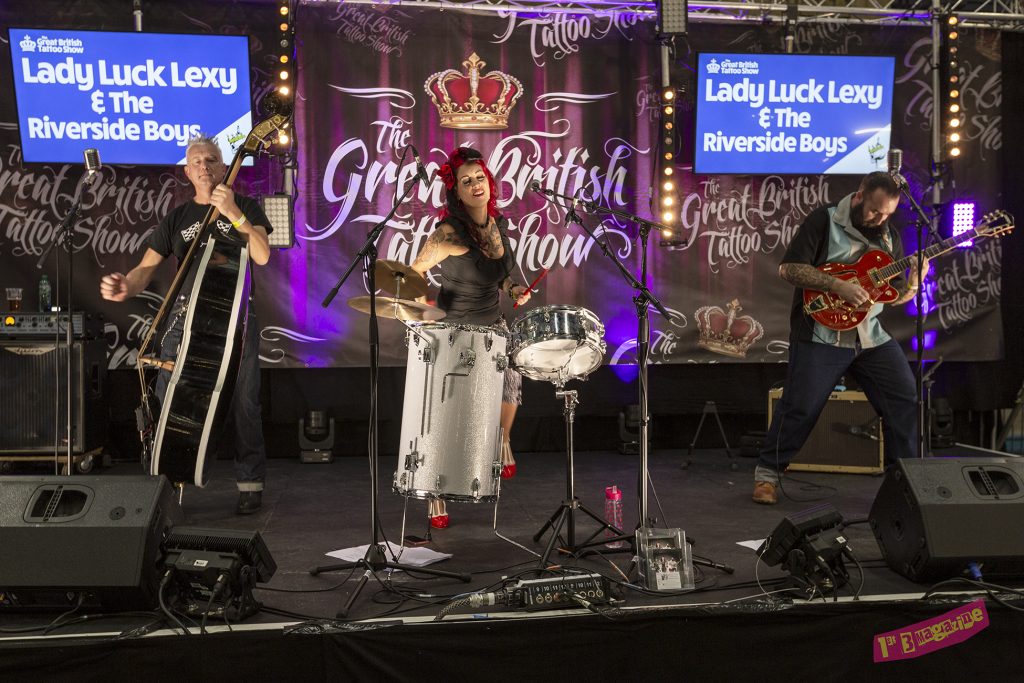 Lady Luck Lexy and the Riverside Boys came to our attention when they played two sets a day at the Great British Tattoo Show in October.

Their blend of neo-rockabilly combines covers by the greats such as Johnny Burnette with some toe-tappingly catchy originals. 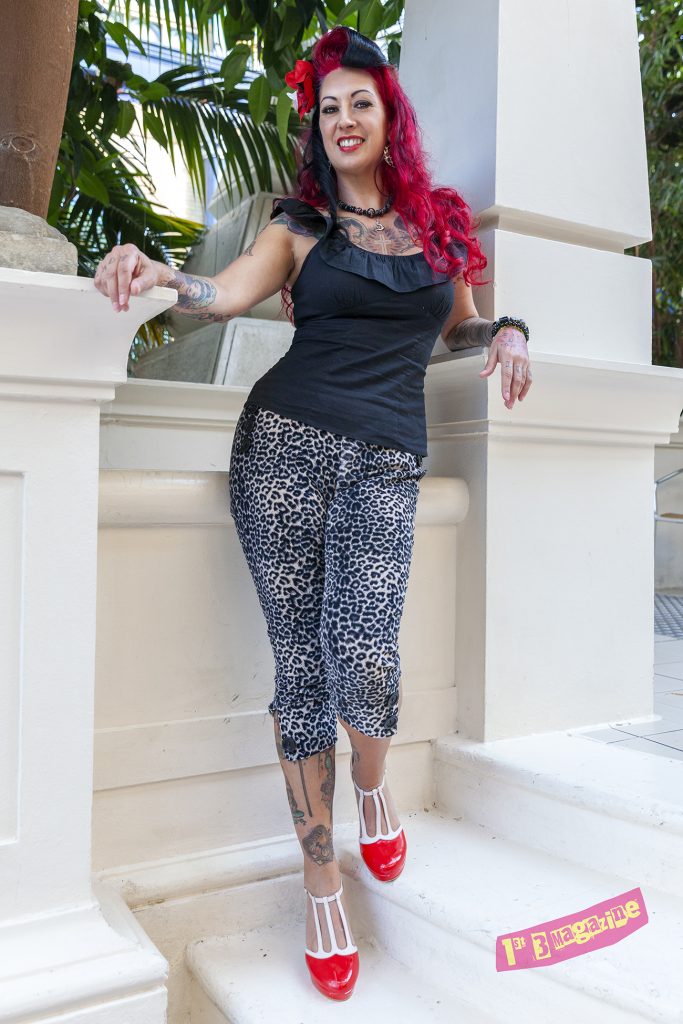 With her striking red and black hair and Wanda Jackson-esque vocals, Lady Luck Lexy combines her singing with old school stand-up drumming. As rockabilly as they come, when not singing, she can be found DJing or modelling (obviously). 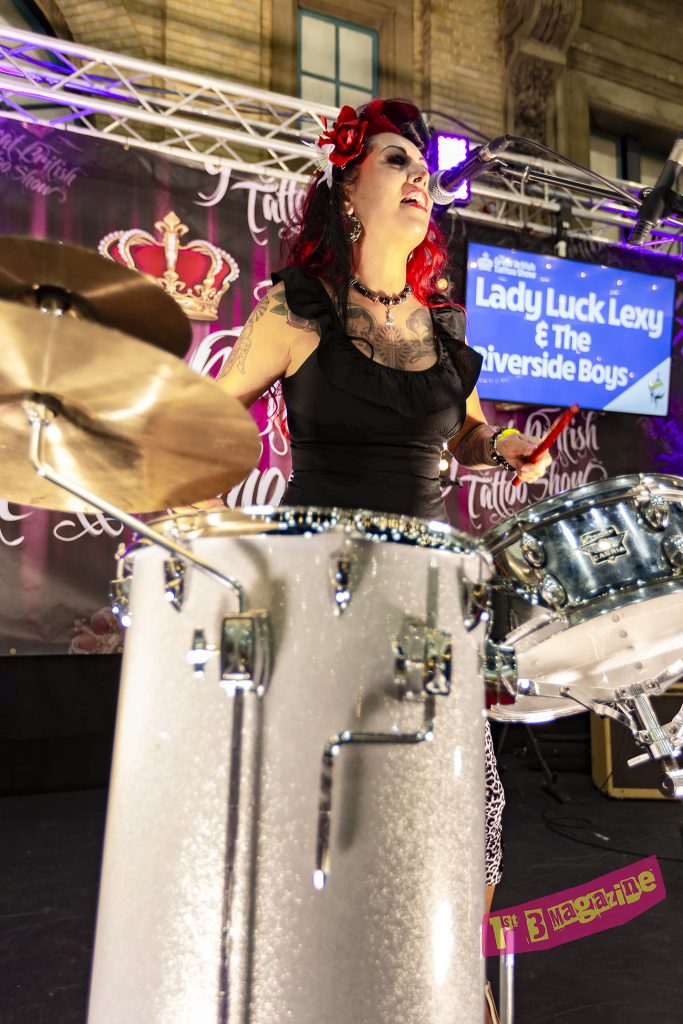 Originally from California, she combined her musical career with her work as a body piercer. When the pandemic put paid to that, she deployed her needle skills to the general good by performing Covid vaccinations for the NHS. With traditional tattoos to complement her voice, she sported a old school style take on a family painting of an Aztec warrior carrying a princess. Her favourite tattooists are those using the retro style in an imaginative way, such as Jamie Ruth from New Orleans and Lincoln Jackson from Essex.

This self-managed band formed in April 2015 and, after a couple of years getting their set together, have been gigging pretty much non-stop since 2017. They have played all over the world, including the Viva Las Vegas rockabilly weekender in Vegas itself, which they are returning to in April next year. Their forthcoming gigs include the well-known Hemsby rock ‘n’ roll festival, and a cruise ship in Sweden. 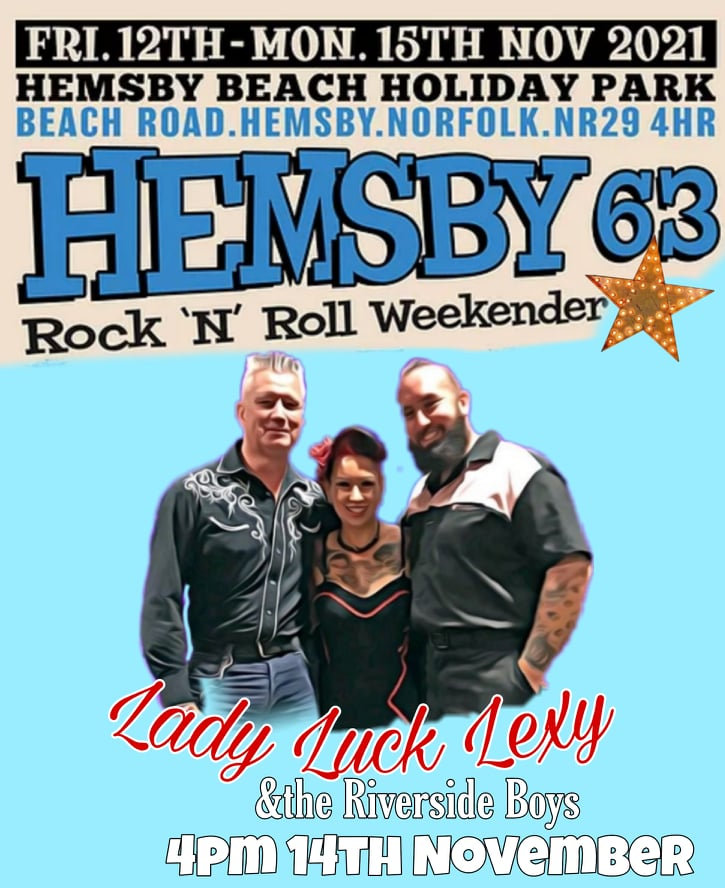 Their current album is fairly equally divided between originals and covers, whereas their forthcoming release, due in 2022, promises to shift the balance towards their self-penned numbers.