Carving Out Their Spot – KINGDOM COLLAPSE 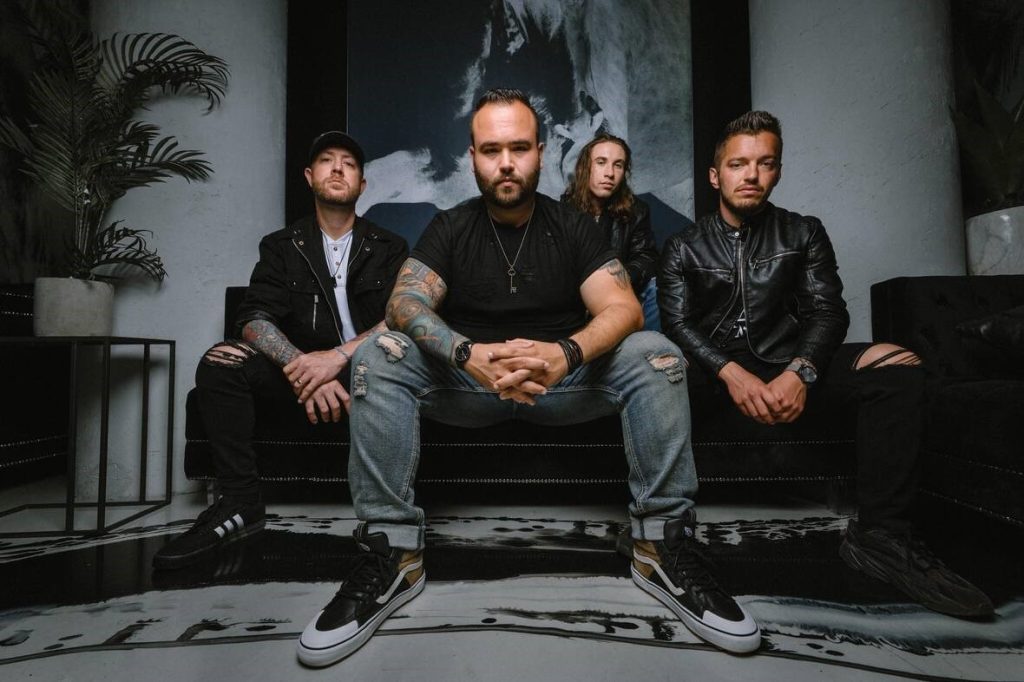 Hot on the heels of their run with Nonpoint, KINGDOM COLLAPSE have announced the
‘Unbreakable Part 2’ US tour with special guests VRSTY and Silent Trust that begins on November 6th in San Antonio, TX at Fitzgeralds.

Kingdom Collapse have paved the way for unsigned bands by going straight to #1 on the Sirius XM Octane Big Uns Countdown amongst competition from major labels with their single “Unbreakable”, after 12 weeks on the countdown. The single had already received early love on Octane’s Test Drive with Jose Mangin stating “This is going to be a big time Octane future hit. I can already freakin’ tell.” The single has become the band’s second consecutive top 40 hit in a row, already nearing 3,000,000 million Spotify streams in a matter of a few months.

In addition, the single has also been picked up by the Adrenaline Workout, Kickass Metal and New Metal Spotify Editorial Playlists!

Relevance. It is one of the most innate human desires; to know that we are not alone and that others go through the same struggles. This is why the Texas-based band, Kingdom Collapse, is carving out their spot in the rock world. They seek to give a voice to people who share similar troubles and crave relevancy in an apathetic world.

The world responded to a relevant theme of betrayal when their first single, “Suffer,” amassed over 7,000,000 YouTube views and 1,100,000 Spotify streams organically. The group’s 2020 hit radio single, “Uprise,” broke into the Billboard Mainstream Rock Top 40 as well as the Mediabase Active Rock charts for 9 weeks straight. “Uprise” went on to become Sirius XM Octane’s #1 Most Played song for two consecutive weeks and has since accumulated over 2,000,000 Spotify streams, tipping the band’s total stream count over 6.5 million. 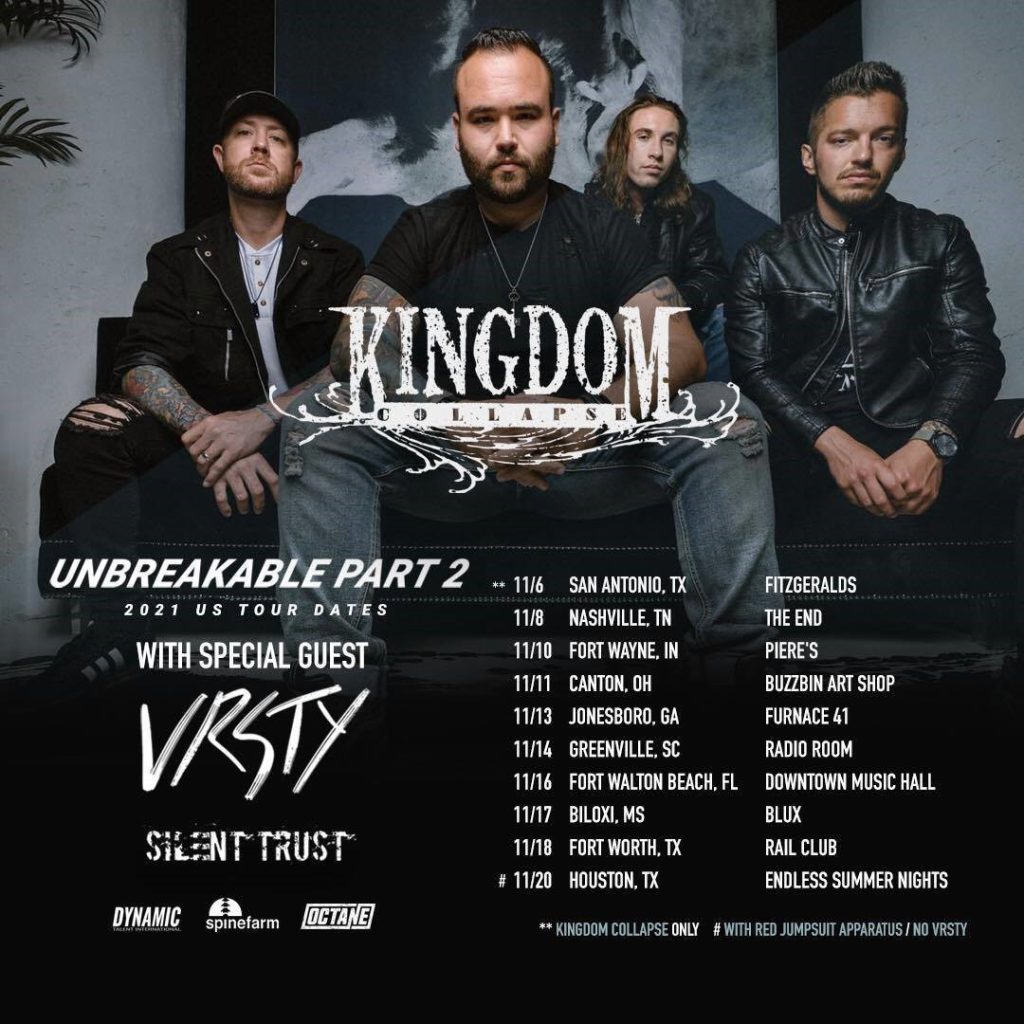 The group features Jonathan Norris on vocals, David Work on guitar, Aaron Smith on bass and Elijah Santucci on drums. Together, with a mutual vision, they are bringing their shared experiences to the masses and looking to help as many people as they can with a feeling of solidarity.

The band’s 2021 follow-up radio single, “Unbreakable,” is an anthem that is emotionally honest and relevant to today’s times. Written and produced by lead singer, Jonathan Norris and mixed/mastered by Chris Mora of War Horse Recordings, it sends a positive message to listeners by teaching that even life’s hardest moments can be a benefit. Norris writes, “‘Unbreakable’ comes from a lyrical standpoint of looking back at various struggles that life has thrown at you and coming to realize that those struggles ultimately made you stronger. We’ve all been there, and it’s about finding the silver lining in the midst of dark times.”

Kingdom Collapse has been playing stages across the US and has already shared the stage with the likes of 10 Years, From Ashes To New, Cold, Red, Saliva, Nonpoint and many other hard rock heavy-hitters. In May of 2021 the band signed with one of the leading booking agencies in the industry, Dynamic Talent International, and will be announcing more tour dates soon.