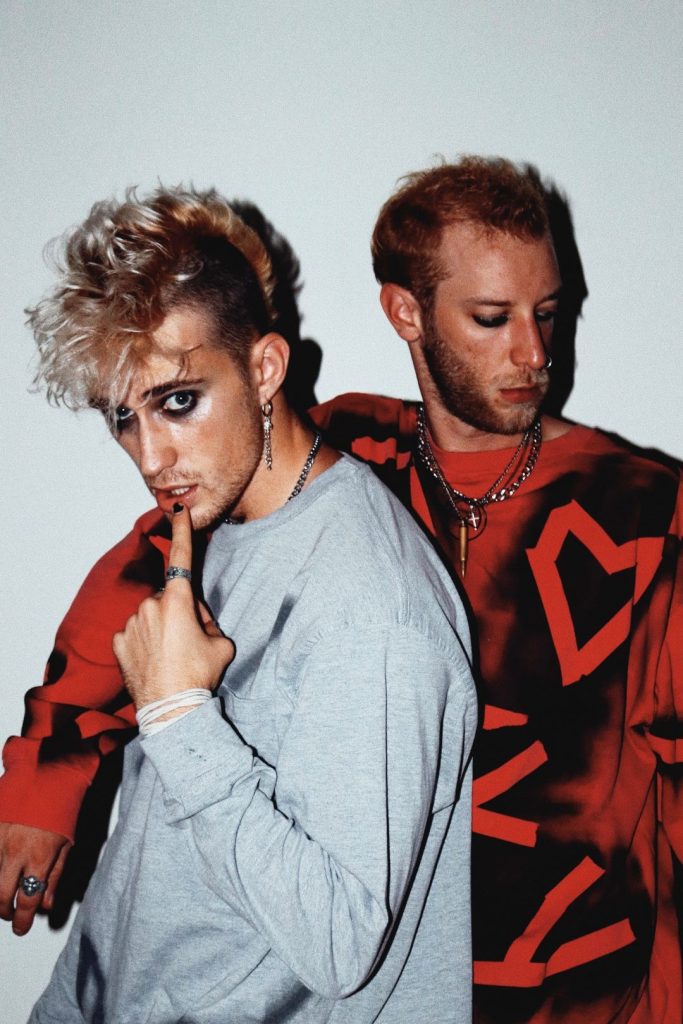 This simplistic yet entertaining visual, which was not so fun for the vocalist, actually depicts a fear that the lyrics twist into something bringing good memories.

"I have a fear of getting anything sticky on me. I know it’s strange, but syrupy, sticky substances really freak me out! “Sticky Kisses” turns that around and makes “sticky” a positive thing, even something to miss. For the video, we had the idea to pour syrup all over my head. It was pretty miserable but definitely a way to face the fear!" - Ihor Shuhan, vocalist

Blending alt pop and a dynamic punk edge, TELEVISION SKIES have created a sound that is unique and full of raw energy with thought-provoking lyrics and catchy pop hooks channeled through the gritty lens of the underground scene. Their fanbase, known as the Visionary Rats, are dedicated and supportive of what the band wants to do: bring a new purpose to pop culture and allow those who feel like the outliers to feel a sense of acceptance to be unapologetically themselves.

The band formed in 2016 but really started to reign in their identity by 2019, and now just two years later they have over one million streams on Spotify alone. They released their album ‘Welcome To Rat City’ in April 2021 and since then it has acquired over 800K streams, featuring singles “Where I’m Standing Now”, “One For The Road”, “Honey, I’d Drown For You”, and “Die Tonight”.

Now, after dropping their single “believe in u”, TELEVISION SKIES added more flame to their fire by releasing their new single “STICKY KISSES” and its messy, sweet video on October 8th 2021.