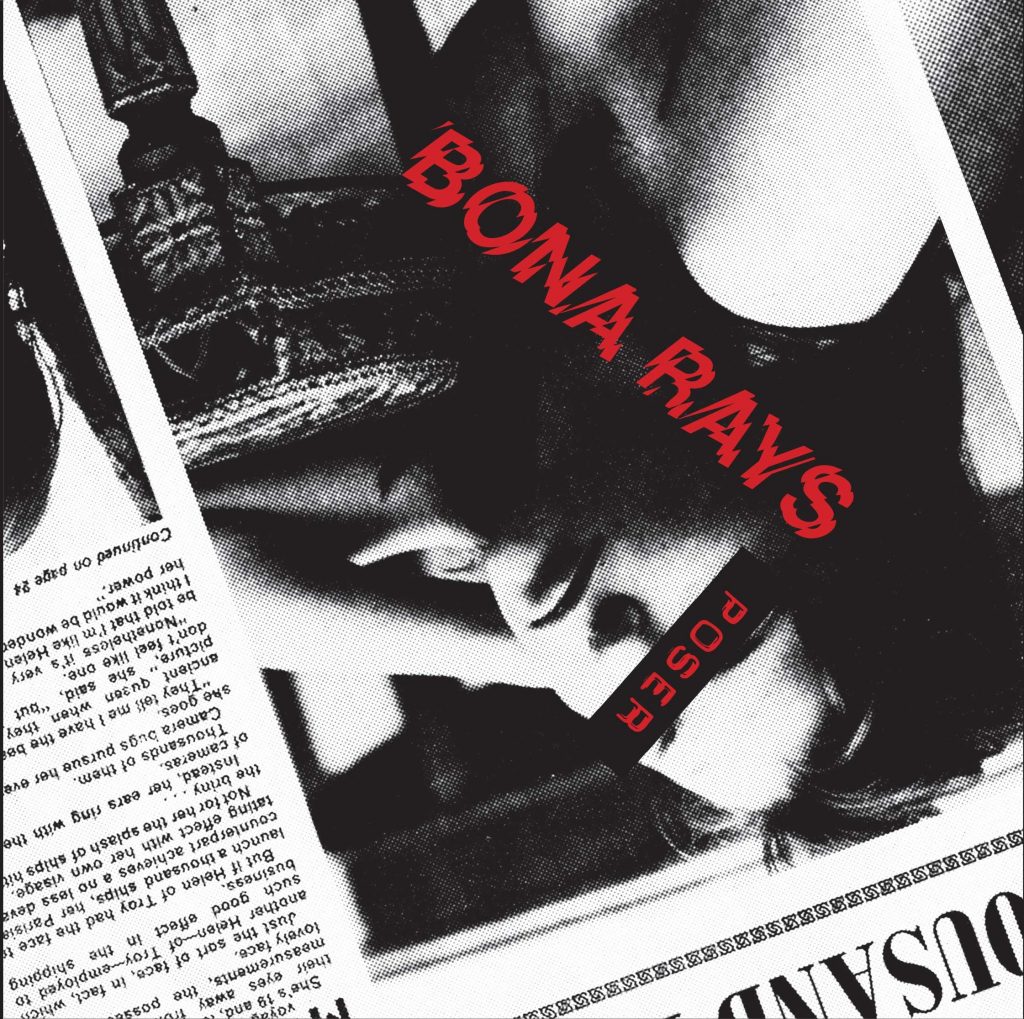 Bona Rays’ Poser, is the last great undiscovered UK 1970’s Punk single to see light of day and the only UK punk single recorded in the 1970s fronted by a woman of West Indian descent. Poser
is finally released on limited 7 on 28th February 2020

Back in 1978, Punk Songwriter and Guitarist Tony Keating had a few songs he’d written and was looking for a singer. A friend encountered Chas at a tube station after a gig and asked her if she was interested in singing on Tony’s tracks. She’d been singing to herself on the platform before climbing across the tracks to rip down a poster that had taken her fancy. A few weeks later, they had christened themselves Bona Rays (Good Looking in Polari) and were in a studio in Highbury, North London cutting two tracks. They punted this single around the record companies, but to no avail. The acetate from the sessions sat in Chas’ cupboard, while Tony kept hold of the master tape.

40 years later, Chas was moving house and decided to sell her records. She took them to Flashback Records where owner Mark Burgess bought the collection. In amongst these records was an unknown 7” acetate. After Chas left the shop, intrigued by this oddity, Mark played ‘Poser’ on the shop system. Fate stepped in as Chas walked back into the shop at that moment to sell a few DVDs she’d forgotten to bring along earlier and said – “Oh – you’re playing our song”.

And what a song it is – of such coincidences history is made.

Seeing the importance of this otherwise unheard Acetate, probably the only UK punk single recorded in the 1970s fronted by a woman of West Indian descent, Mark suggested to Chas that
they release the single on Flashback Records. Chas was still in contact with Tony and they both very happily agreed to release Bona Rays long lost ‘Poser’ and the B-Side, Getaway Blues.

“Classic raw punk, this is a must have for the collection” – 1st 3 Magazine

Wanting to do the release properly, Mark got in contact with Punk enthusiast Josh Saco, who happened to have a background in print, and enlisted the help of Dr Russ Bestley, Punk Professor at the University of the Arts in London to design the sleeve. Josh was keen to do as close a facsimile as possible of a 1978 7” Single Sleeve with authentic paper and print style and Russ came up with a sleeve which would look entirely happy sitting on the shelves of Rough Trade in 1978.

So now we present Poser by Bona Rays. The great lost UK Punk Single available to pre-order from:  www.bonarays.bandcamp.com