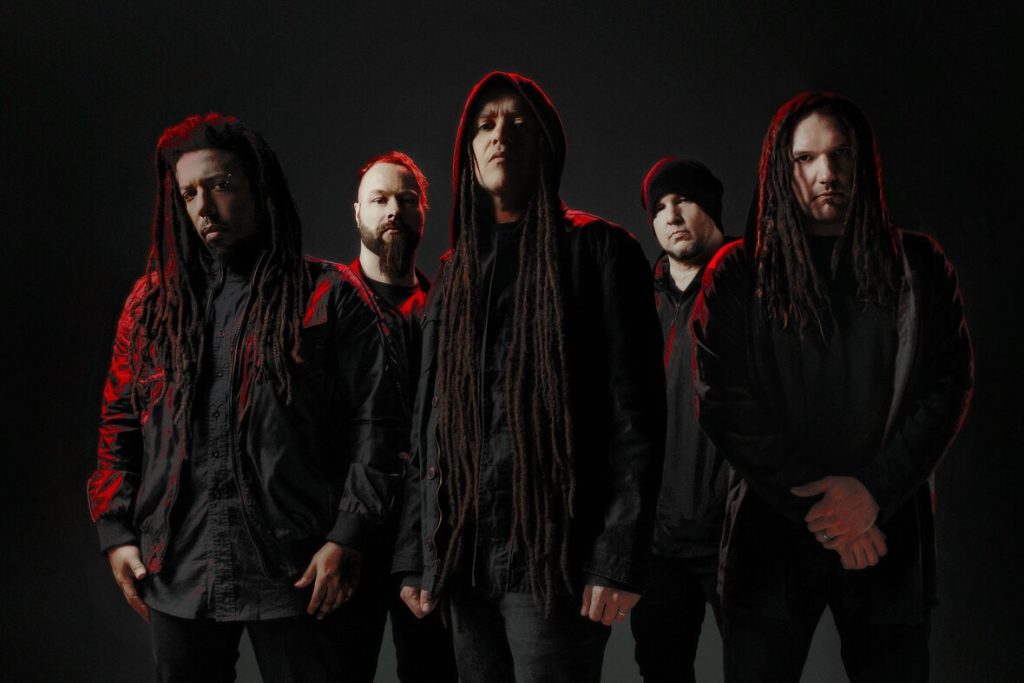 During the first week of September, Nonpoint was on tour for the first time in two years. While traveling from one show to another their trailer unhitched and crashed into a wooded area, damaging equipment and merchandise. While all of this was going on, two of the band members also contracted Covid-19 and had to leave the tour altogether.

“If someone hadn’t been filming when it all happened, people probably wouldn’t believe it,” singer Elias Soriano says about the band’s most taxing and obstacle-filled week in years. You thought it couldn’t get worse than 2020 and dealing with COVID? How about watching your trailer full of gear roll off into a Tennessee forest at 75 mph? Watch the video update to see the full story, then visit www.nonpoint.com for the chance to purchase an exclusive design to help with offsetting shortfalls and damage from the band’s brush with COVID as well as the accident with their trailer.

Nonpoint will be appearing at ShipRocked January 22-27, 2022

Tickets on sale NOW! at nonpoint.com

Commitment to forward motion ensures longevity. After 20-plus years, ten full-length releases, countless sold out shows, and over one million albums sold worldwide, Nonpoint endure through sustaining an unbreakable bond among themselves and to a diehard fan base all over the globe.

Masters of, and pioneers in the nu-metal/rap-rock world, Nonpoint has quietly been the biggest and best kept secret of the rock/metal genre. Their songs and renowned performances have had musicians from all corners of the genre and music industry members standing side stage to revel in the audiences they transform.

The band’s songs “Bullet with a Name,” “Alive and Kicking,” “In the Air Tonight,” “Circles,” “Your Signs,” “Everybody Down” and many others have been featured in trailers, hit movies, television, iconic video games, as well as broadcasts from NFL, NBA, MLB, NHL, WWF.

Nonpoint has toured with major acts like Disturbed, Papa Roach, Mudvayne, and Sevendust to name a few. They have also been featured on the main stages and support stages of iconic festivals like Soundwave, Rock AM Park, Rock AM Ring, Ozzfest US and Donington, Rock on the Range, Welcome to Rockville and many more.

Today, Nonpoint continues to ignite streaming platforms, news feeds, social media platforms, and festival stages, and 2021 is shaping up to take them from rock’s best kept secret to a household name.

The band launched their independent record label 361 Degrees Records LLC in January of this year. They filmed the process of starting the label and making new music in a Docu-Series
titled “A Path To Independence” that can be seen on the band’s YouTube and official website.

NONPOINT released the title track, “Ruthless,”off of their upcoming EP to all digital outlets in May and was this year’s featured track on AEW’s “Blood And Guts” on TNT.

“Ruthless” is exploding at radio and becomes their 5th highest charting song and biggest hit in 7 years.