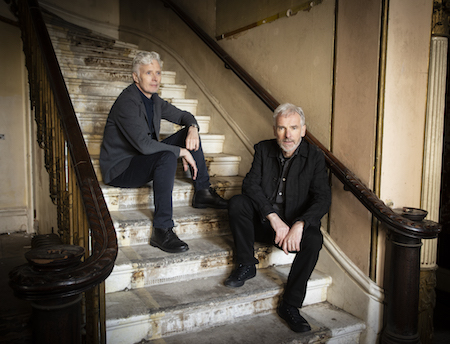 The County Affair is a story of friendship, music and adventure. With the impending realisation that life is short, the country-Americana duo have decided to take the plunge, each leaving their respective careers in pursuit of the music that has solidified their friendship for the past 40 years.

Having been enormously successful in their fields, Tony Regan in Advertising and Kevin Brennan in Marketing, it’s now or never and if the past year has taught them anything, it is that their path to happiness and fulfilment is paved with music.

Kevin’s career with different companies has taken him all around the world, from China to Australia, eventually rising to become Worldwide CEO of Quorn, the international company at the head of the ethical and sustainable eating revolution. Despite a relentlessly busy work schedule, Kevin never lost sight of the music that has inspired him since his youth, carving out every opportunity he could find to write songs and document the experiences and observations of the world around him with his lyrics. With each new song he would send it to Tony first, his friend and fellow music fanatic whose judgment he has always respected most. Tony would build up the track, adding keyboard, fine-tuning lyrics and vocal arrangements and a niggling thought began to emerge – perhaps they should share these songs with the world.

In a pivotal moment the pair made a life changing decision to take a risk and leave the corporate rat race in pursuit of a different dream, one that had always been there but that rapidly came to the forefront with each musical collaboration. When veteran producer Tom Nichols heard Kevin discussing his move to leave his position at Quorn to venture into music it caught his attention, a partnership struck, and an Abbey Road album soon began to take shape.

Despite a long hiatus, it’s not Kevin and Tony’s first time performing together. Their musical journey dates back to the 70s, travelling together on the same school bus through Nottingham and talking endlessly about the ‘country rock’ and ‘outlaw country’ sounds that were emerging from the US at the time. As teenagers they joined The Moonshiners, an Irish country band led by Kevin’s father, and were playing up to three gigs each weekend whilst their schoolmates worked in shops and on paper rounds. Before long they had started their own band, The Rambling Boys (borrowed from a song) and took to the road. Though grounded in the Irish country they had grown to love, they began to introduce their audiences to the country rock of Waylon Jennings, Creedence and Joe Ely in their sets.

The band parted ways when Kevin and Tony left to study at different universities, but their friendship endured. A couple of years later, in their early 20s,  they found themselves – separately – on the east coast of the US, Tony as part of his studies and Kevin coaching a kids’ soccer team. As if fate had brought them back together, they seized an opportunity to play for a new crowd in Houston and there the real adventure began. Zig-zagging across the US the duo spent extended periods in Texas where they became a household name within the wider local Irish community, receiving glowing reviews from local press and radio.

Eventually landing in the thriving music scene of San Francisco, they became sought after by venues across the city sometimes playing up to 4 hour sets, four nights a week. They were approached to sign to management and go pro, but with post-graduate jobs waiting for both of them in the UK, it was time to go home. What could have been an amazing memory, packed away to share with their grandkids later in life was always riddled with the wonder of “What if’s…” and now is their time to find out just that.

Drawing from the Irish country and American influences that dominated their youth, it only made sense that their own sound would be crafted on a wealth of country, Americana and blues. Their music draws influence from their decades of listening to the likes of Townes Van Zandt, Steve Earle and Joe Ely, as well their admiration for more recent artists like Jason Isbell and Chris Stapleton, all while remaining grounded in the Irish country that has inspired them since their youth.

When stepping into the studio to record professionally for the first time their vision was clear; strongly guitar led arrangements with tinkling piano and toe-tapping drums, interspersed with the rich sounds of Hammond organ and Tony’s iconic accordion playing. Together with Nichols, The County Affair have forged their own distinctive sound with a strong Americana band feel and powerful storytelling as they navigate life and the experiences of those around them. 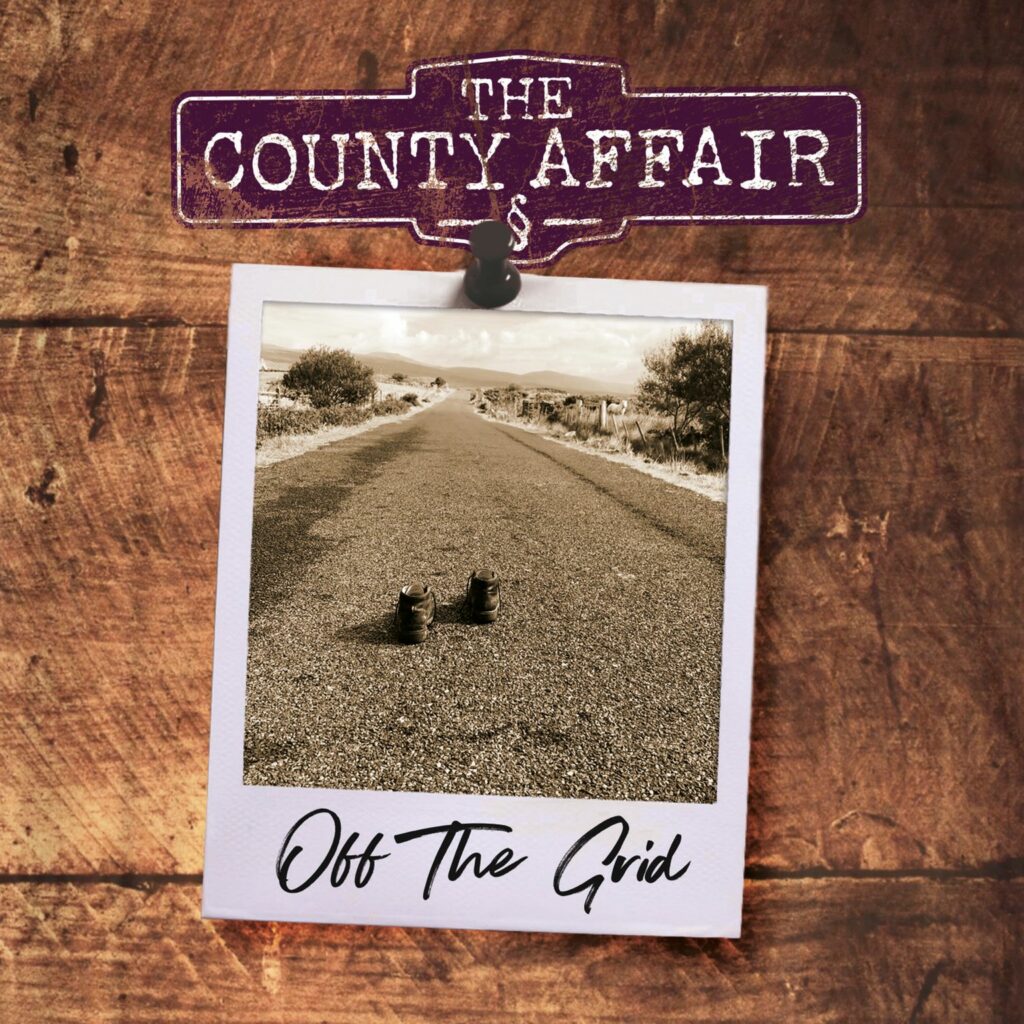 “Kevin’s songs are like mini screenplays. Stories that anyone can relate to. It’s like in the advertising business where you have storyboards... you can almost see the songs as mini movies.”

Following a series of single releases throughout 2021, each released to critical acclaim including the heartfelt Every Ghost, Playing Poker and most recently Nashville Storm Warning featuring Lonestar legend Richie McDonald, The County Affair’s anticipated new album Off The Grid arrives with a story in every song. They wrote the songs over a 2 year period but drew from decades of life experience to capture real life tales and encounters of people they have met and known over the years. From the barmaid and guitar player in Waitress to the indebted poker player in Playing Poker, each character is painted vividly with a tale that already feels familiar.  It’s storytelling Americana with an Irish twist and with sentiments that are universal, guaranteed to resonate with most peoples’ own experiences.

“It took a 40 year gap to get us hungry again for a musical career. Having taken the plunge we can’t wait to get out on the road touring. We feel we have carved out a unique Americana sound for ourselves and just want to get out playing to as many people as we can.”