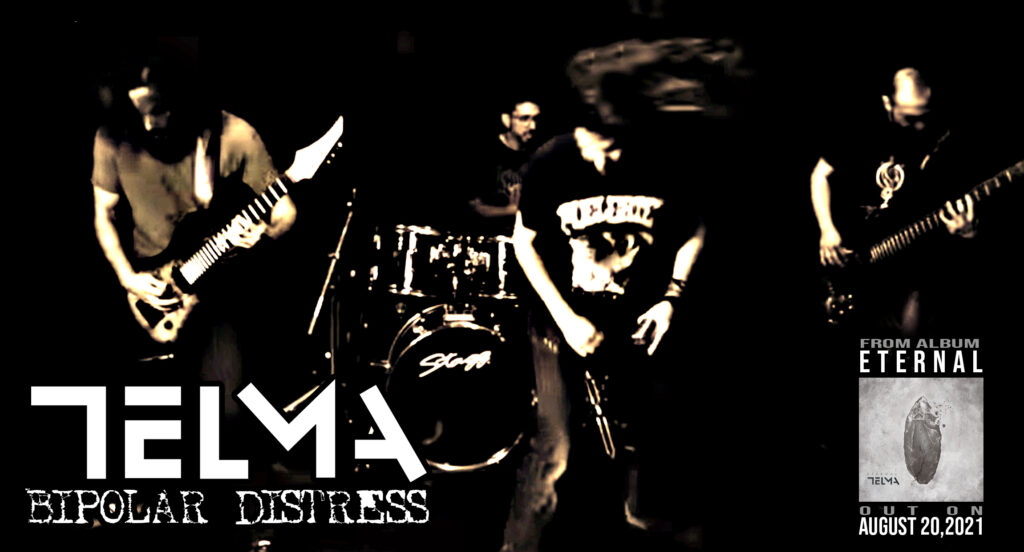 Telma is a modern metal band based in Greece. They were formed in 2021 driven by their passion for heavy music and a strong purpose to give voice to the inner conflicts everyone is struggling with, through their songs.

Recently the band released their first two video singles titled ” Perfect Storm” and “Bipolar Distress”, from their upcoming debut album ” Eternal”, which will be released on August 20, 2021 on all major formats and also vinyl, followed by their third, self-titled video single.