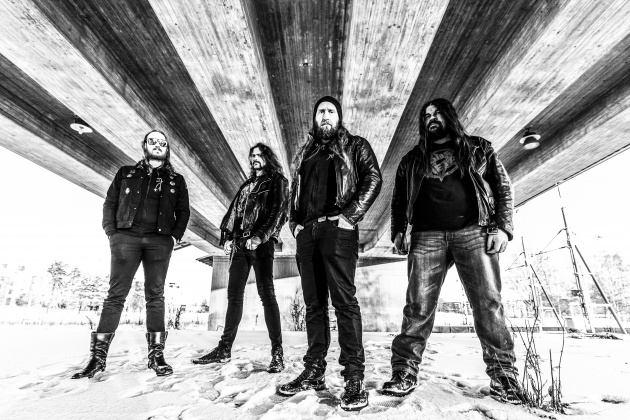 When DAEMONICUS burst into the extreme and death metal scene in 2006, followed by several demo EPs and two critically acclaimed full length records under their belt, the four- piece also took the stages by storm and toured with acts such as Christ Agony and Groteskh. Several line- up changes may have hit the band hard, but never stopped founding members PO Wester and Jörgen Persson to continously writing new song material. Now backed by bassist Martin Pudas and David Ekevärn on drums, in just a couple of days DAEMONICUS will strike back with their most confident and brutal work to date: Eschaton features nine razor- sharp and blistering tracks, showcasing a crushing blend of modern and old school death metal sound, yet it remains true to DAEMONICUS‘ core at the same time as progressing both as musicians and as a band. While the record and its new line- up marks the beginning of a new era for them, DAEMONICUS have recorded a masterpiece of Swedish death metal, and one that will proove to stand the test of time.

After the previously- release single alongside a video for ‘To Poison Everything’, DAEMONICUS have just unleashed a brand new track! Watch the blistering lyric video for “Reform Or Die”.

“Reform Or Die is the second song in order on the album “Eschaton” and conviniently enough also the second single from said album. It picks up where the previous single (To Poison Everything) left off and continues to carry the story forward,” the band comments. “The main theme on this one is about religions reluctance and absolute unacceptence of other peoples cultures and way of life. The unavoidable outcome being a mandatory conversion in order to whorship the “right” God. The choice given is simply reform or die! Musically this gem is a true mid-tempo, old school death metal tune with a lot of melodies to top it off.”

DAEMONICUS‘ new album was mixed and mastered by Ronnie Björnström at Enhanced Audio Productions, and will be released on August 20, 2021 through Black Lion Records. The album pre- sale is available at THIS LOCATION! 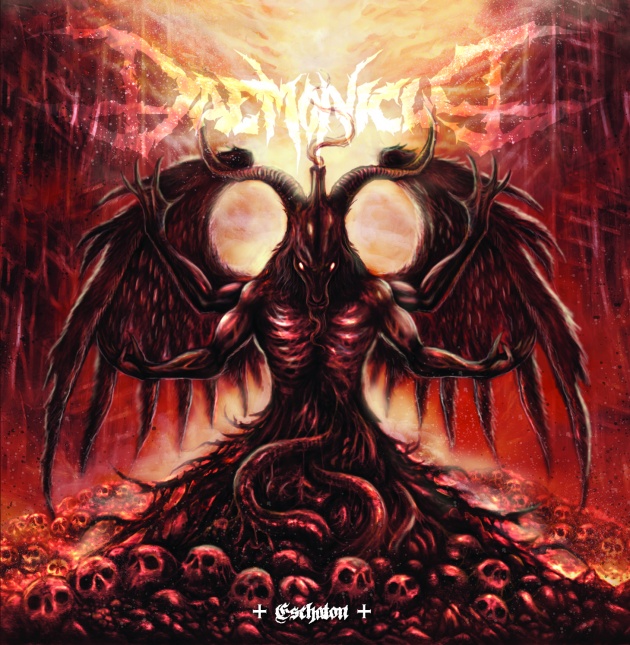 1. To Poison Everything
2. Reform Or Die
3. The Double Edged Sword
4. Heretic Trials
5. The Grand Inquisitor
6. Sacred And Secular
7. You Know My Name
8. Fate Sealed By Faith
9. Termination