Black Metal As It Was Meant To Be – GRÀB 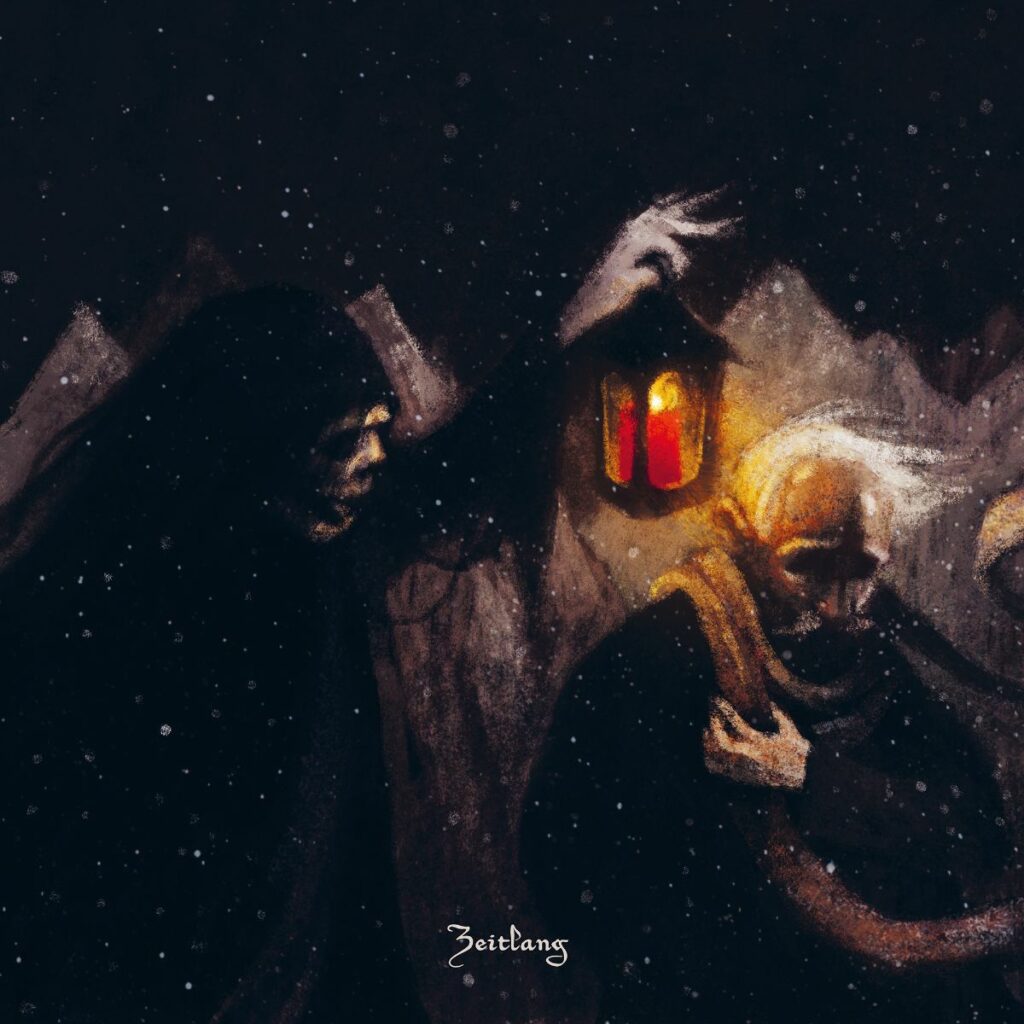 GRÀB (“old”, “grey)” have released the track ‘Norwand’ as the second single taken from their forthcoming album “Zeitlang” (“Yearning”), which is scheduled to hit stores on October 1, 2021.

The Bavarian black metal outfit previously revealed cover art, tracklist, and further details of their harsh full-length, which may be viewed below.

The title ‘Nordwand’ quite literally translates as “Northern Wall”, but means the often rugged and steep northern mountain faces of the European Alps. On the northern hemisphere, the resulting lack of sunlight means that fare more ice covers the northern sides of mountains, which makes them much more dangerous to climb. As an infamous example, the steep northern ascent of the Eiger mountain (Eiger Nordwand) has earned its nickname “Mordwand” (“Murder Wall”) through the heavy death toll this unforgiving rock has taken on mountaineers.

GRÀB comment: "The title of our song 'Nordwand' loosely translates as 'Northern Wall', explains singer and poet Grant. "This chapter of the album's story revolves around the theme of strength through solitude. Standing tall like a rock against everything with no tears, no sadness, no fear of anything. Just follow your own path despite all obstacles and smile when death finally comes for you."

An excerpt and translation of the ‘Nordwand’ lyrics:

“All your life, stones stand in your way
and finally the ground awaits your bones
I forgot how to shed tears a long tome ago
and no one will help you before that final step” 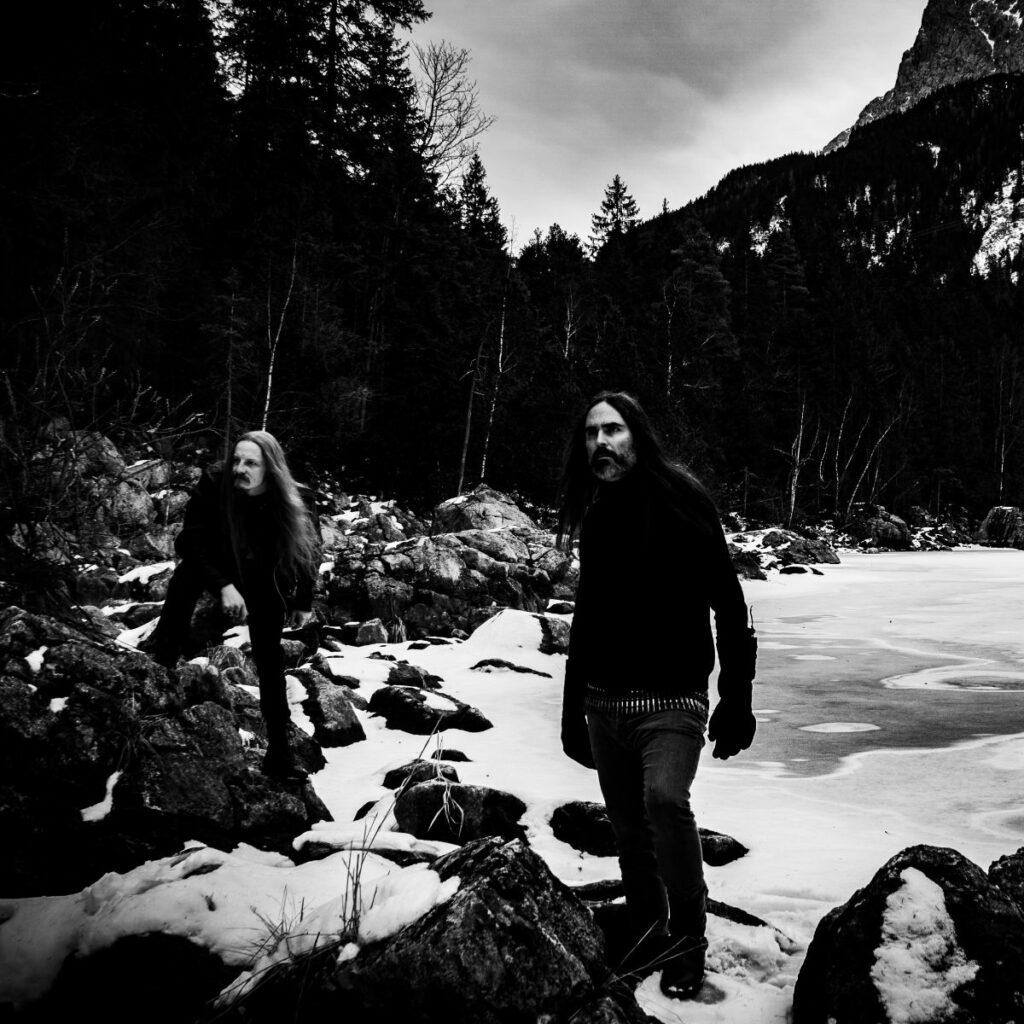 When black metal was redefined particularly in Scandinavia during the early 90s, the style quickly adopted a local component with such bands as ENSLAVED or BORKNAGAR taking inspiration from local history, legends, and language. When black metal became a global phenomenon, more acts chose this path with examples ranging from Romania’s NEGURĂ BUNGET to Cascadian USBM pioneers WOLVES IN THE THRONE ROOM.

GRÀB, which means “old and grey”, are lyrically following this tradition by telling the story of an old man, who has chosen to withdraw from society into an isolated cottage deep in the mountains, where he reflects on his life while his death edges ever closer. The story on “Zeitlang” (“Yearning”) begins in his early childhood with the song ‘Nachtkrapp’ (“Night Raven”) and continues all the way to his end, which is illuminated by the track ‘A Gråbliacht’ (“A Grave Lantern”).

Musically, GRÀB are picking up the Norwegian strands of early GEHENNA, ULVER, and DARKTHRONE as well as being inspired by German NAGELFAR and LUNAR AURORA. Yet true to their topic, the Bavarians include traditional local elements, which is instrumentally expressed by the use of hammered dulcimer, zither and alphorn.

Vocalist and Bavarian poet Grant views “Zeitlang” as his personal musical legacy. Join the singer and GRÀB on their equally intimate and forceful quest into the dark and stark places of the human mind and Alpine nature where there are no safe spaces. 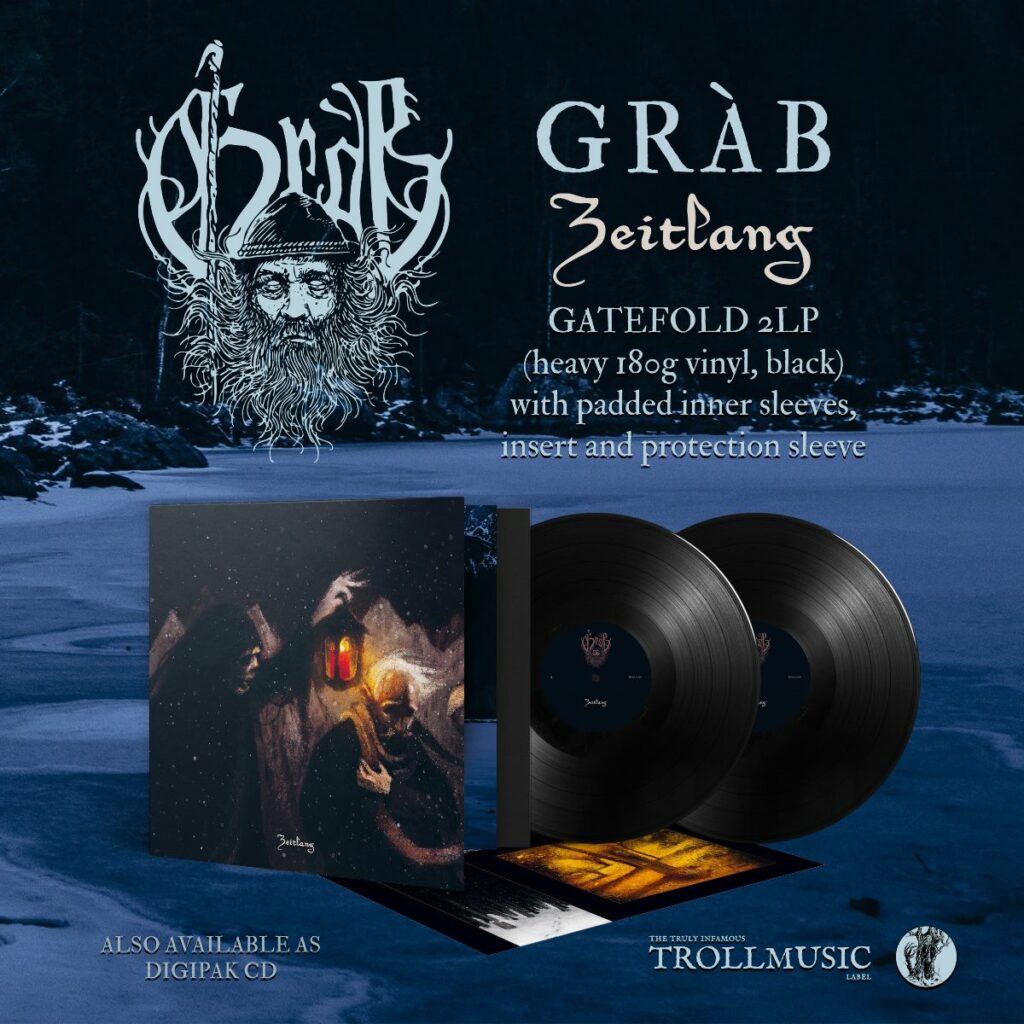