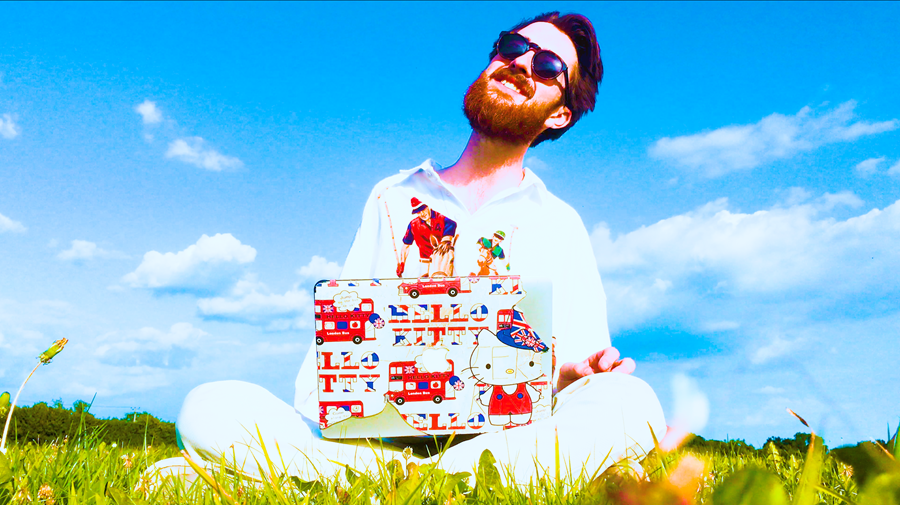 Today, Jerskin Fendrix is back with a new pop banger ‘A Star Is Born’. Named for the 1937 film, Jerskin swaggers with a faux arrogance, ‘call the fire service, ‘cause I’m on fire’. The music is built on a mudslide of his distinctive synth-pop production. Sprinting through exactly 3 minutes of hyperactivity, he tosses references to Nick Cave, Shame, Puccini and Wim Wenders into his mythology.

The single is accompanied by the announcement of Jerskin’s anticipated debut album ‘Winterreise‘, which is due out 17th April.

The new single and album were both announced via the Quietus, who also spoke to Jerskin in great detail about his writing process, influences and the new album. Read more HERE.

The announcement also follows the recent release of Jerskin’s warped single ‘Black Hair, which was accompanied by haunting visuals made by Liam Noonan, the artist behind the custom visuals at London clubbing institution FOLD.

Jerskin Fendrix has been carving himself a special place on the London scene. Starting out by releasing a trilogy of video singles that have already received high praise from a vast array of major publications. In 2018, he composed the score to an experimental absurdist opera ‘UBU’ at the V&A (receiving 4 stars from the Guardian) before embarking on a UK tour and joint single release with rock phenomenon Black Midi.

As a classically trained pianist and violinist, Fendrix’s practice and ambition extends far beyond the realm of traditional songwriting. His avant-garde take on electronic pop cannibalises and appropriates elements of pop culture at the service of very personal songs. All of his material has an emotionally playful sarcastic take on the tropes of modern life, whilst also delving inwards. Most of all, it can’t be easily pigeonholed.

Winterreise is the fruit of Jerskin Fendrix’s first 3 years as an artist. His debut album spans an improbable range of music, skimming UK Grime, Bruce Springsteen, Sibelius, Joanna Newsom, PC Music and ‘50s Doo-Wop without alighting. Jerskin’s Winterreise, named after Schubert’s Winterreise, conveys the same message: if you spend too long writing a breakup album, something weird will happen. The album will contain 10 tracks and run for 43 minutes.

Fendrix will also play a number of tour and festival dates across the year – more details TBA.