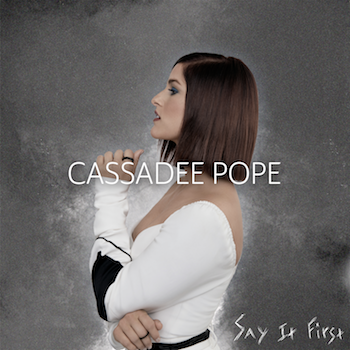 Cassadee Pope has just released the new music video for her latest single, “Say It First“, from her upcoming ninth album, THRIVE. The video, directed and edited by Ed Pryor, is a colourful depiction of the inner storm that matches the song’s angst along with the vulnerability of its lyrics.

Working with Ed Pryor again was such a treat," says Pope. "We both knew we wanted this video to include weather elements and fast flashes to coincide with the inner turmoil the song talks about. I wanted to wear a beautiful dress to further illustrate the fact that vulnerability is strength.”

"Developing concepts with Cassadee and her team is always a breath of fresh air!," says video director, Ed Pryor. "'Say It First' is such a powerful song that we all were inspired to pair imagery that was visually exciting yet also emotionally impactful."

“Say It First” was written by Pope, Ross Copperman and Heather Morgan, and produced by Nickolas Wheeler, Karen Fairchild (Little Big Town) and Pope. The song describes the moment before a relationship ends where both parties are holding back the words that will finally close the chapter and uncomfortably waiting to see who will end the stalemate and ‘say it first.’ 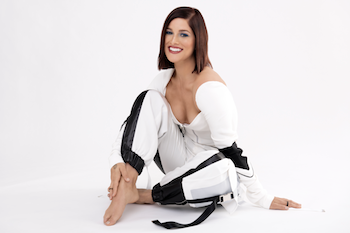 “Say It First” follows Cassadee’s first release from THRIVE earlier this year, “What The Stars See” featuring Karen Fairchild and Lindsay Ell. Pope recently performed the song on The Kelly Clarkson Show where she also officially announced THRIVE, out this Autumn.