Dreaming Of This Moment – jxdn 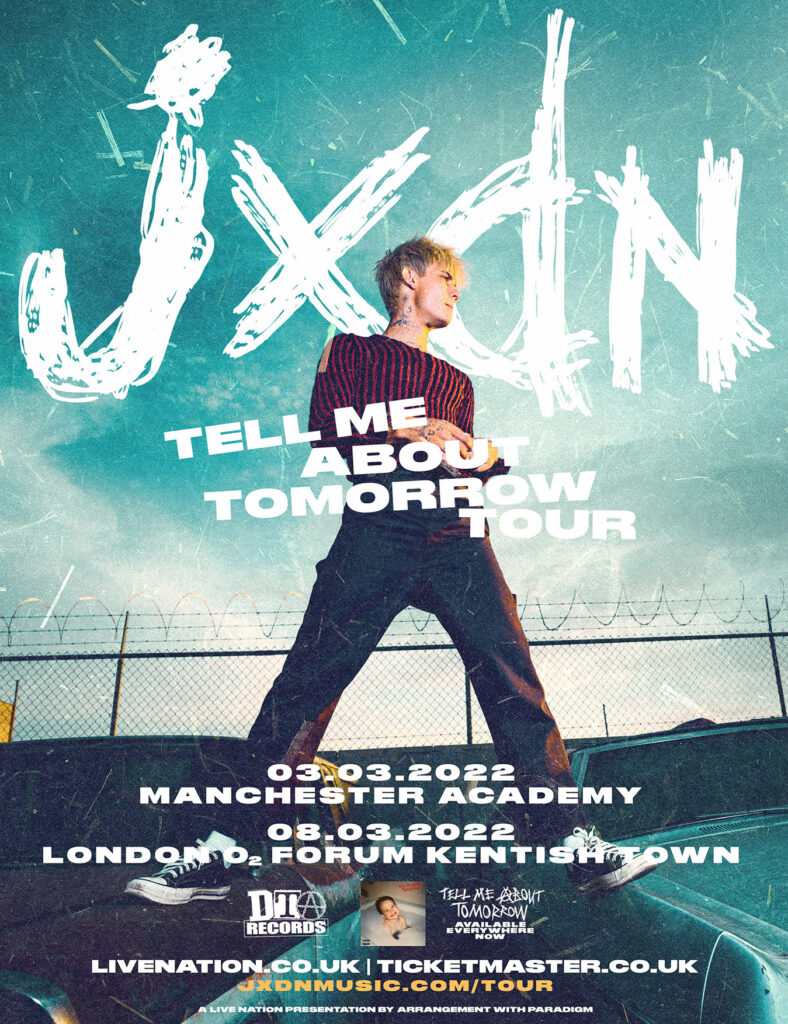 Breakout artist jxdn is set to embark on another milestone in his rapidly rising career journey, announcing his TELL ME ABOUT TOMORROW WORLD TOUR in support of his debut album Tell Me About Tomorrow.

The 40-date trek marks his first solo headline tour and begins September 18 in Hampton Beach, NH before continuing across the U.S., U.K. and Europe through May 2022.

“My entire life I’ve been dreaming of this moment,” jxdn says of the tour announcement. “My fans mean the world to me and the support they’ve shown me has been more than I could have ever asked for. I can’t wait to perform my album and hopefully do for them what Juice WRLD did for me. It only takes one moment to change a life.”

This past Saturday, jxdn played his first ever full live show at Los Angeles’ famed The Roxy Theatre – presented by LivAte/NOCAP – punctuating live performances of tracks off Tell Me About Tomorrow in an unfaltering, exuberant display in which Variety proclaimed he “fit the bill of a rockstar as he bounced around the stage, feeding off the energy of his live band.”

The Aquarian added that jxdn “demolished the stage” and acclaimed his “high energy stage presence” as “riveting.” Noting that “the most mesmerizing aspect of the live stream was just how spot-on [the] rockstar’s voice was… furthering his authenticity and proving that there are no frills, no auto-tune, and no doubt about the top tier quality of this rising musician’s musicianship.”

jxdn’s high energy show featured surprise appearances from Travis Barker, iann dior and Nessa Barrett. Variety hailed jxdn’s performance of “Tonight” with dior “a highlight of the set due to their light-hearted performance chemistry.” It also included moments that displayed his vocal versatility, including an acoustic performance of his July 2020 single “So What!” which Variety said “proved his talent outside of the recording studio.”

He will continue to bring his dynamic live show to fans as direct support for Machine Gun Kelly’s sold out “Tickets To My Downfall” U.S. Tour this fall in addition to performing at some of the year’s largest festivals including Lollapalooza, Austin City Limits, Firefly, and Reading and Leeds. For information and details for all of jxdn’s live dates, please visit www.jxdnmusic.com/tour. 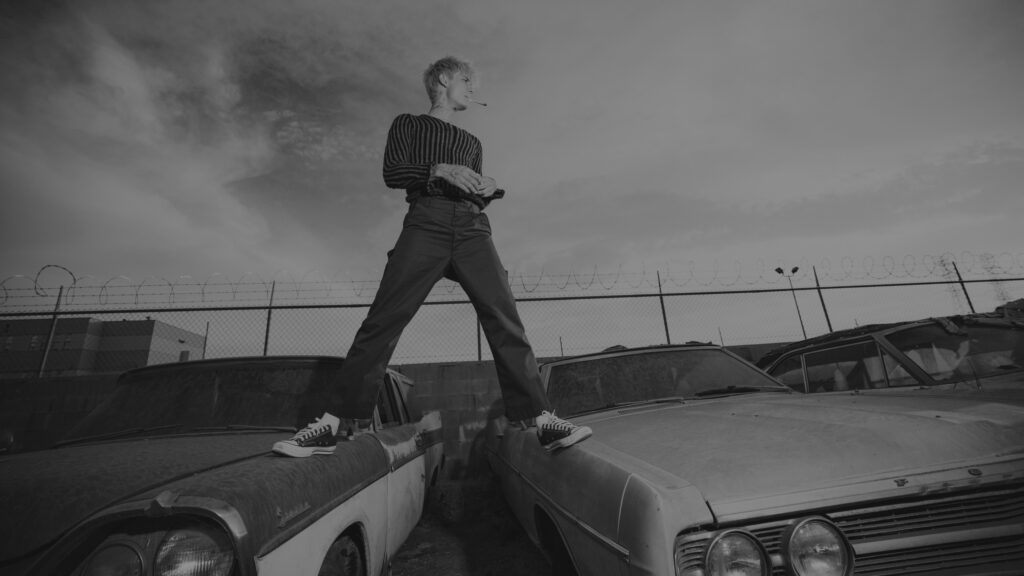 The announcement of the TELL ME ABOUT TOMORROW WORLD TOUR comes on the heels of jxdn’s highly anticipated debut album Tell Me About Tomorrow, which was released July 2 via Travis Barker’s DTA Records – listen to the record HERE. The 18-track energetic pop-punk album is an undeniable showing of jxdn’s rising rockstar status, filled with catchy hooks, infectious melodies, and incredible vocals from jxdn that pay tribute to pop-punk’s roots while showcasing his own modern, fresh sound.

In addition to a fast start on the Billboard charts – #3 Alternative New Artist Albums, #5 Top New artist Albums, #11 Digital Albums, among others – critical acclaim for Tell Me About Tomorrow, which was produced by Barker, has poured in since its arrival:

The album’s lead single “Wanna Be” is an epic collaboration with Machine Gun Kelly and impacts Alternative Radio this month. Watch the music video featuring both stars HERE. Tell Me About Tomorrow also includes jxdn’s hit singles, “Think About Me,” “So What!,” “Tonight” ft. iann dior, “Better Off Dead,” and the RIAA gold-certified “Angels & Demons.”