Thrashing Into The Sunset – LET US PREY 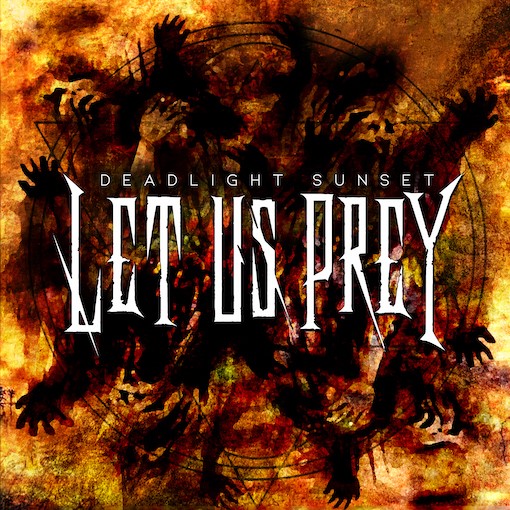 The Boston-based melodic power/thrash group LET US PREY has premiered a music video for a new song titled “Deadlight Sunset.” The track – which features a guest solo by guitarist Nick Petrino (Dee Snider) – is now available for streaming and download at all digital platforms.

“Deadlight Sunset” represents the first new music from LET US PREY since the release of their 2020 full-length debut, “Virtues of the Vicious,” and is a companion piece of sorts to that album’s “In Suffering,” a deeply personal song that vocalist Marc Lopes (also of Ross The Boss) penned about his struggles with mental health.

Says Lopes, “Written originally as a bonus track that wasn’t finished in time for the final 'Virtues of the Vicious' release, it’s a Part II to 'In Suffering' in the context of its subject matter of depression, suicide and the struggles of mental dis-ease. 'Deadlight Sunset' is a journey into the mindset of wanting to commit suicide – the helplessness, the comforting thought and relief in thinking this option is the solution. This is a first-hand account from me personally – a very dark subject, a very real subject, but something that needs to be discussed and with no shame. Luckily for me, I'm still here to tell the dark tale, to hopefully convey a message that there is a better solution and to bring awareness to this growing matter. We also have our good friend Nick Petrino from Dee Snider’s band doing a killer solo that was a bit out of his normal wheelhouse as well, and it just completes the vibe on this tune. We’re never afraid to go against the norm within the metal genre, as LET US PREY has many shades, colors and dynamics to what we do, so always expect the unexpected. (Wait ‘til you hear the next record.) Welcome to The Deadlight Sunset.”

The situation involving COVID-19 prevented LET US PREY from scheduling live shows over the last year, but the group will soon be ready to continue impressing audiences as they did prior to 2020 on stages in and around the northeastern United States alongside the likes of Soilwork, Suffocation, Soulfly, Life of Agony, Metal Church, Battle Beast, Doro and Scar Symmetry, among others.