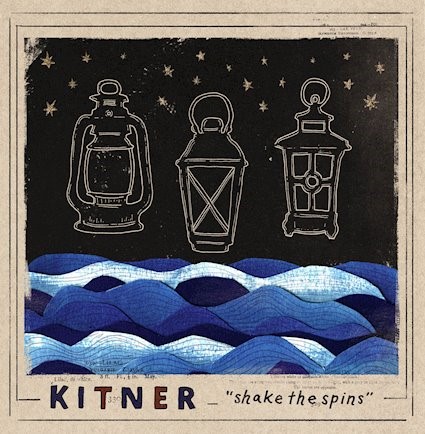 It’s been a long and winding road full of stops and starts for Boston’s Kitner but after 6 years they’ve finally reached their destination with a debut full length record in hand.

Forming out of new friendships and a pair of romantic partnerships in 2015, the 5 piece quickly gained momentum both online and on stage following their 2016 EP of early Vagrant Records-fused, melancholic rock songs. However, with members splitting duties in beloved melodic punk band Choke Up in addition to other member changes, Kitner took a temporary backseat.

Though it was hard to shake such a strong initial reaction from what began as a casual, Miller Lite-fueled collaboration sparked by James Christopher’s desire to share his love for the Get Up Kids to an unknowing co-worker (Conor Maier). It’s perhaps the constant balance between James and drummer Will Buiel’s affinity to all things fast and overdriven with Conor’s mellowed melody-driven tendencies that lands the band into exciting mutually uncharted waters.  That and a shared love for the Replacements.

Fast forward to the Summer of 2019 where the group finally found themselves back in the studio with Ryan Stack (The World Is, Tancred, My Heart to Joy) to record their highly anticipated and nearly left behind debut full length. Continuing in full Kitner fashion, more changes were made by co-vocalist Brianne Costa swapping out the fan-favorite keytar for a more accessible and versatile stand alone keyboard. Studio notes reveal few sober moments during the sessions which often spill over into much of the lyrical content throughout the record.

“I’m starving but not an artist/they say Pollack was too drunk to paint and that I’m too drunk to stand up straight/Too stubborn to ever try to change my ways”.

Many of the album tracks begin hushed over an acoustic guitar not unlike contemporaries oso oso before launching into an explosive, joyous shout-along almost as if the alcohol started working mid-song.

Shake The Spins has had the luxury of both marinating in its influences and allowing plenty of time for the band to meticulously explore ways to make their own nuances by including pitched string arrangements, swirling layers of samples, and harmonica solos – all of which together serve to build one of the most cohesive and impressive debut’s in recent memory.  With final touches by legendary mastering engineer Alan Douches (Saves the Day, the Promise Ring, Japandroids), Kitner have finally arrived with Shake The Spins and with plenty of gas left in the tank. Shake The Spins is out October 1st via Relief Map Records.