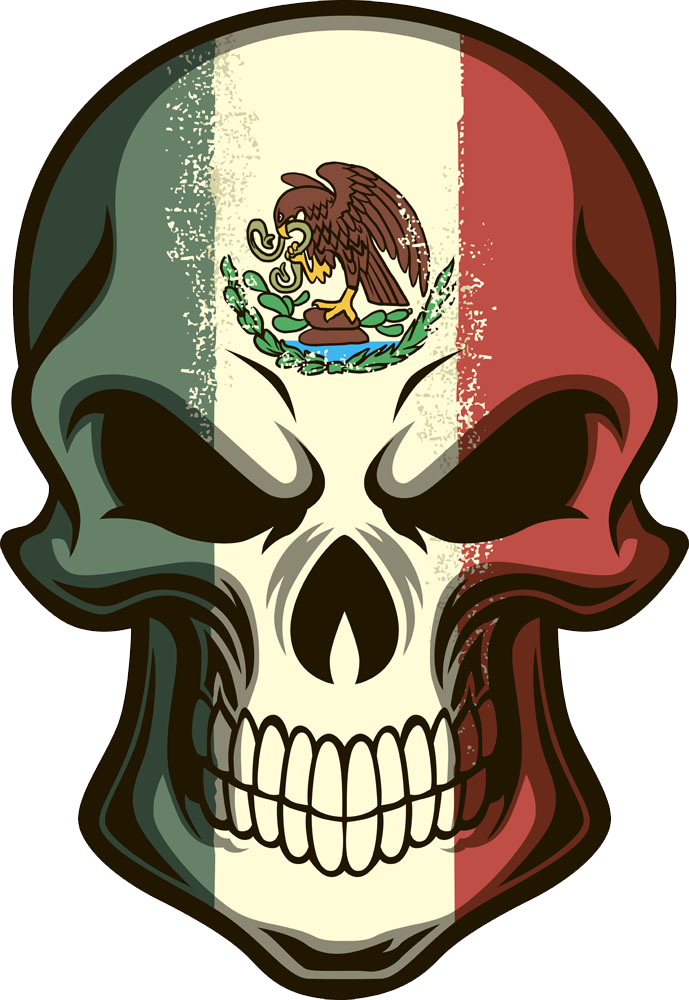 Rene Contreras of Viva Presents says, “Mexican Candy was a collaborative project between Stay Free Recordings and Viva! Presents. During the middle of the year 2020 a lot of ideas and thoughts were shared, the outcome of those ideas was a vinyl series focusing on musical projects in all of Mexico’s 32 states. Very excited to be a part of this second pressing focusing on the state of Nuevo Leon, Mexico. The artists featured on this new 7” record are CLUBZ and Kirnbaugher. Both songs “Pronto” by CLUBZ and “nu love” by Kirnbaugher are the perfect songs to start Summer with!”

CLUBZ is a duo of artists, creatives and performers based in Monterrey NL. They’ve just released their latest album ‘Destellos’.

CLUBZ says, "Pronto! is the first single after our album 'Destellos' dropped, this speaks of a new type of sound and approach, we are really excited to be sharing this with you and hope this stays in your collection."

Kirnbaugher is the Monterrey-based electropop project for Stefania Kirnbaugher, her sounds are usually described as “nostalgic pop”. 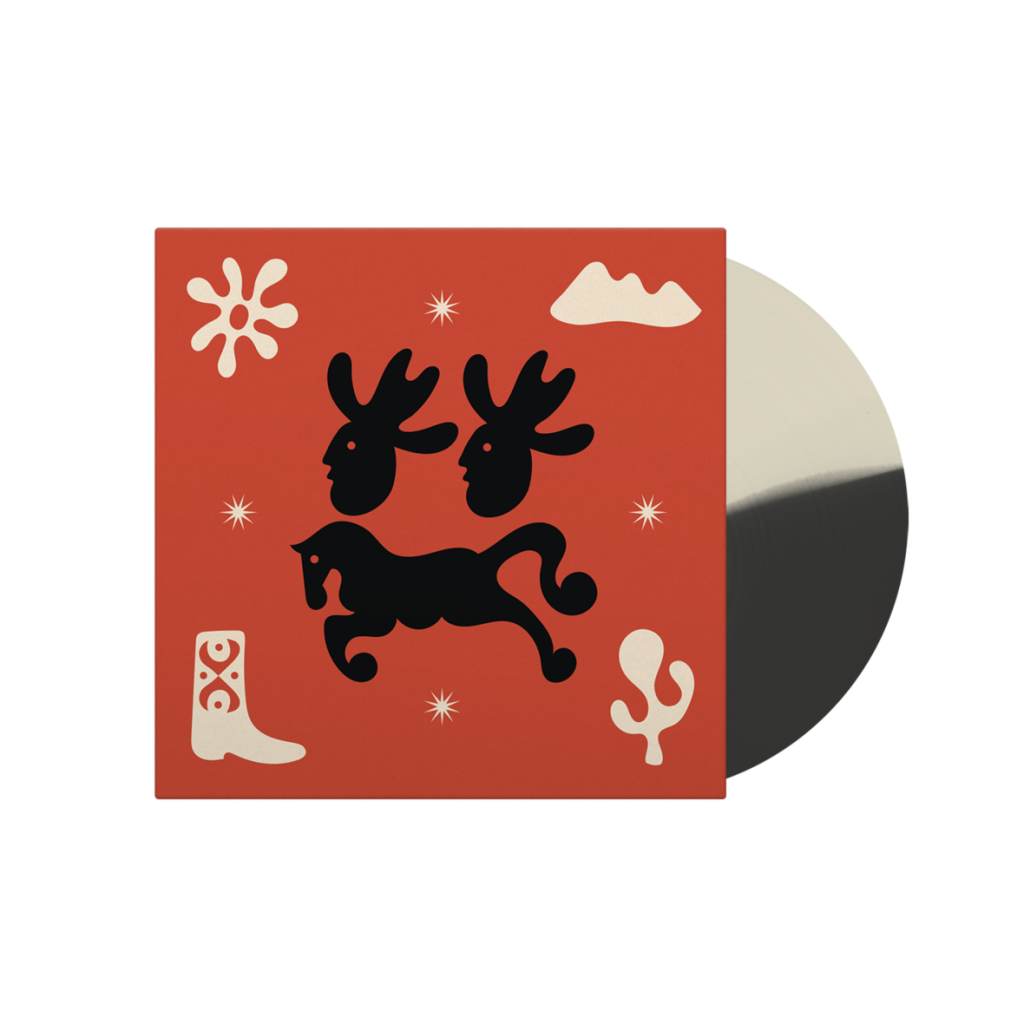 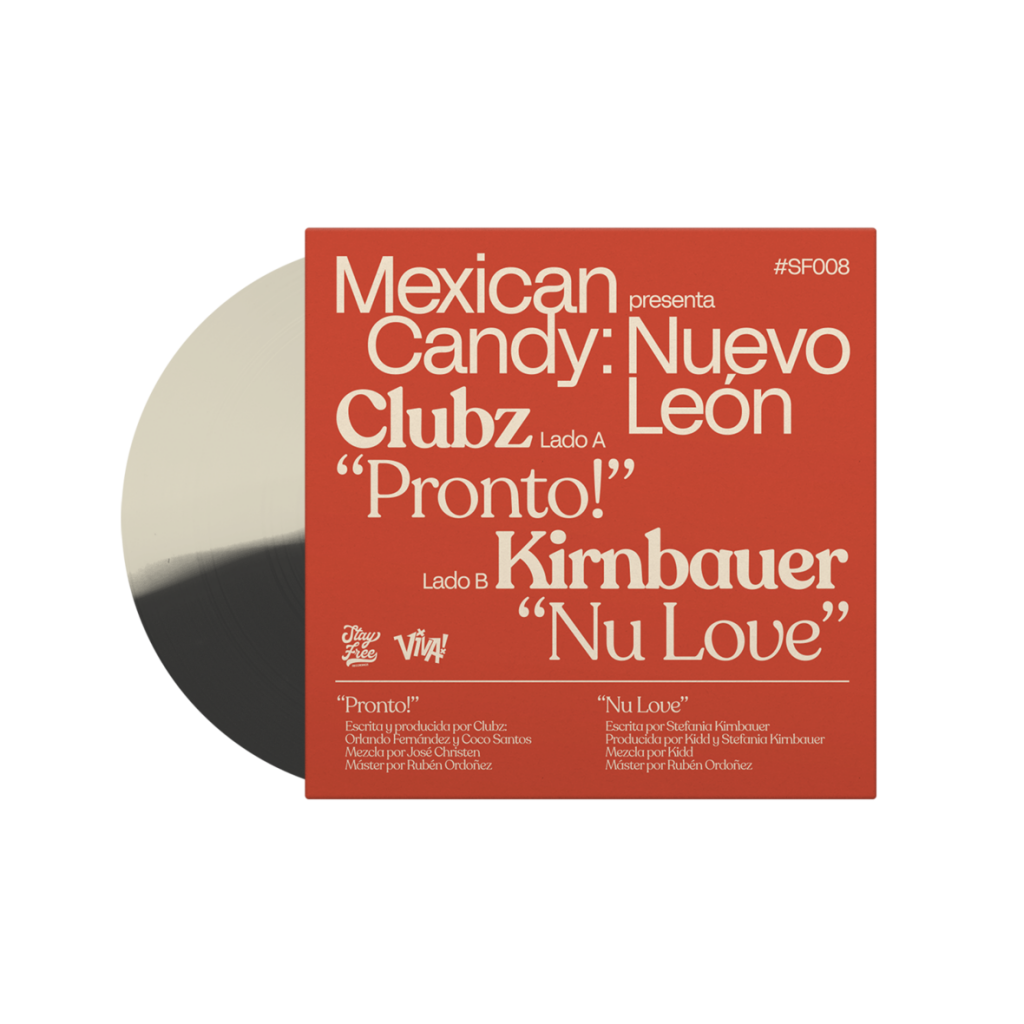 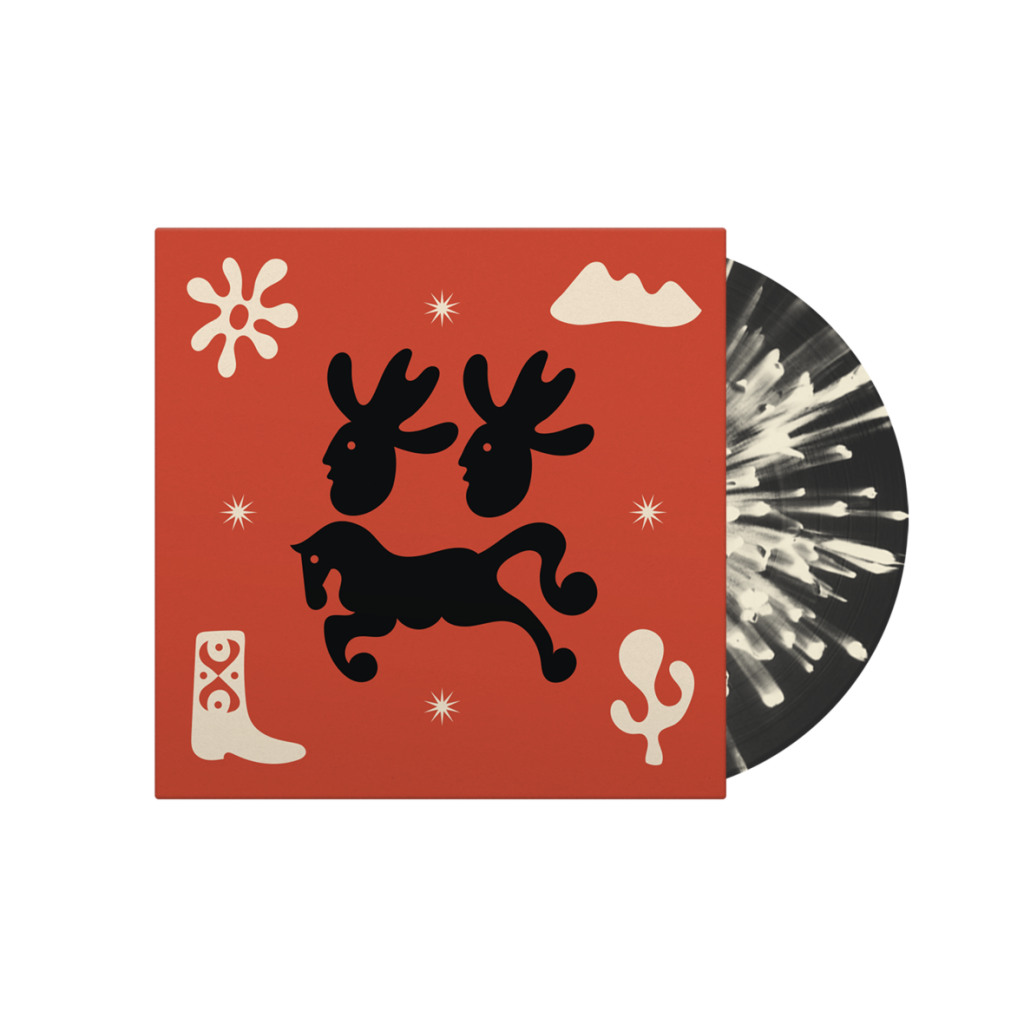 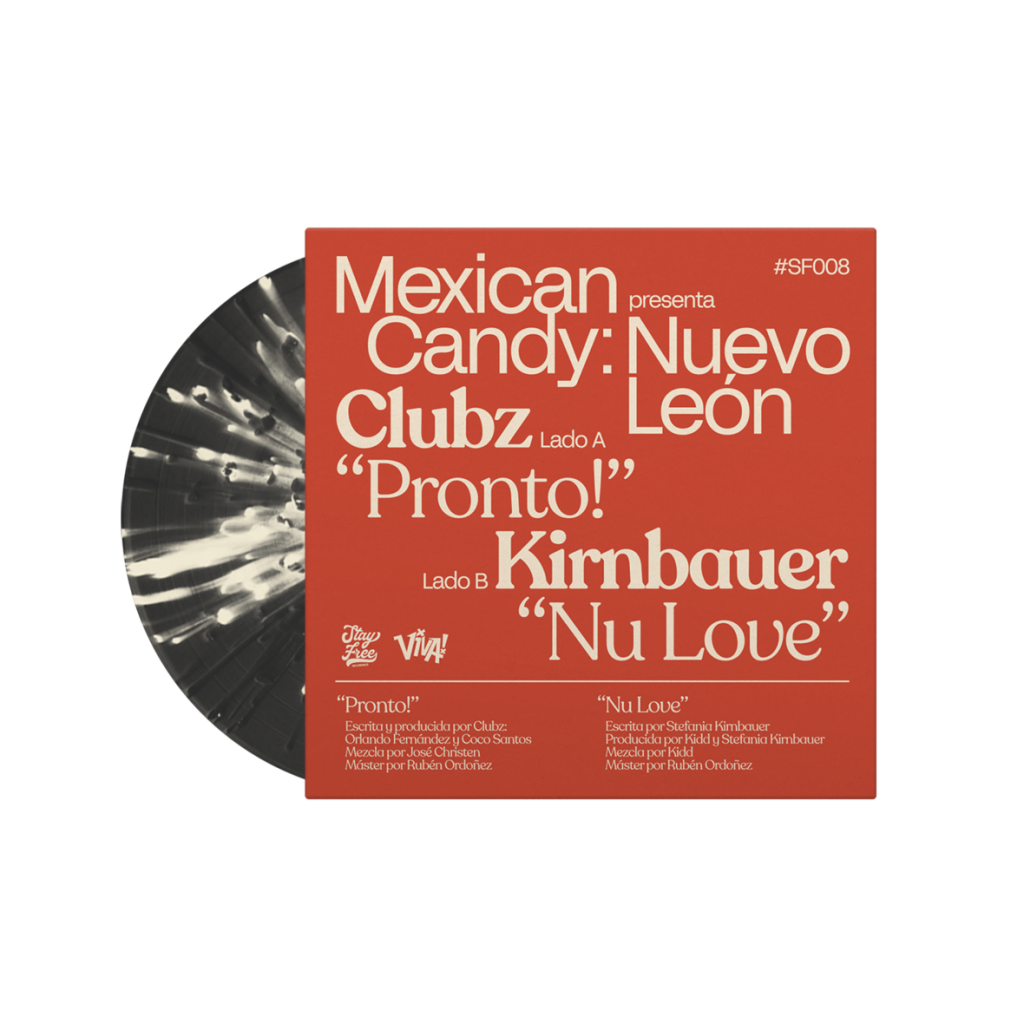 Every record comes with a pencil 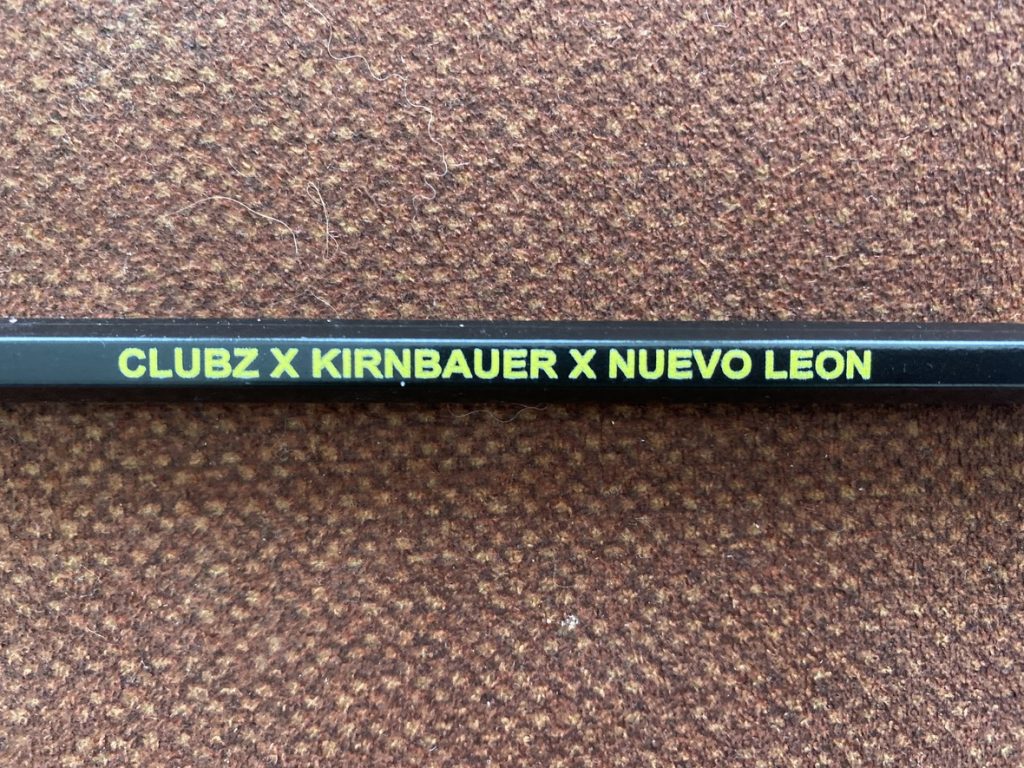 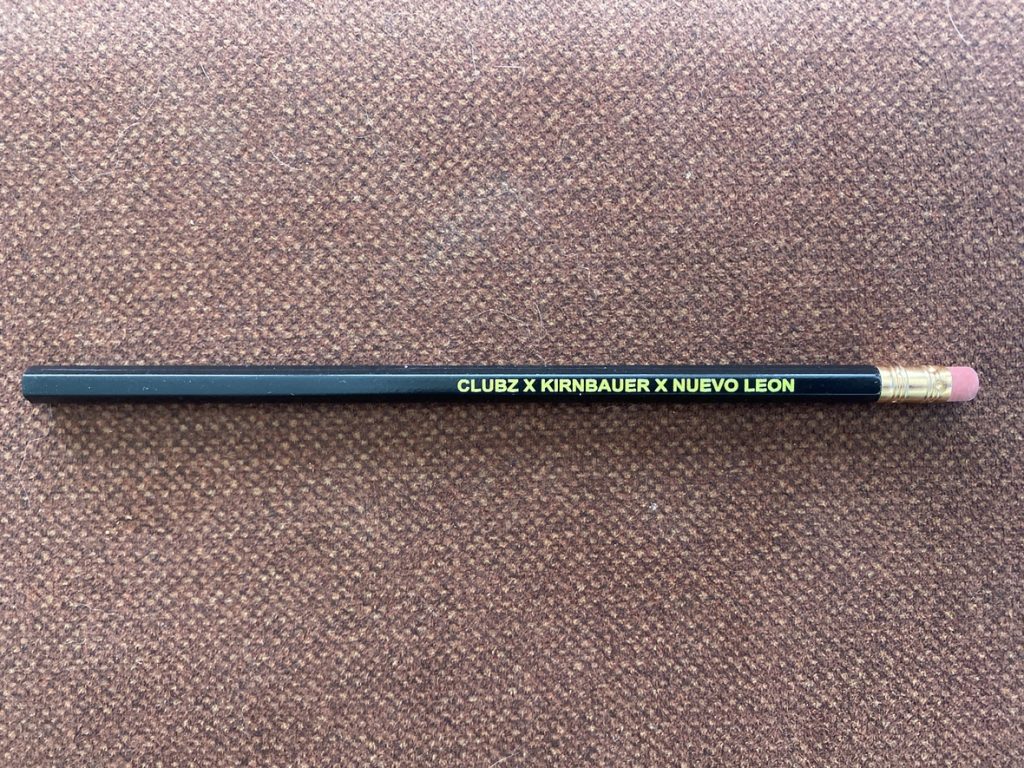 About Rene Contreras: Rene Contreras is a music promoter from Pomona, California who started booking hardcore, metal and punk concerts in people’s backyards. Hailing from Pomona, he frequented local concert venue The Glass House. Rene began volunteering at the venue as a teenager, where he slowly began to learn the concert business. In 2012 Rene proposed an idea to The Glass House to start a music festival called Viva! Pomona featuring local musicians from around the area.

As years went by bands began to organically grow to where eventually musicians from other parts of the world started to join the music festival. Being Mexican American, Rene Contreras focused a lot of his attention on trying to help the local music community in Mexico. With the Viva! Pomona platform he was able to help musicians from all over Mexico perform their first concerts in the United States all while keeping his ear to the ground with everything that was happening within the United States.

In addition, Rene curates the Sonora stage at the Coachella Music and Arts Festival and books shows throughout Southern California.

About Jon Halperin: Jon Halperin has been buying music talent for 20+ years. Thousands of shows. Over ten thousand bands. From 2000-2006, he shaped Chain Reaction (Anaheim, CA) by booking such events as The Mars Volta’s first show, Death Cab for Cutie in 2002, Fall Out Boy as an opener, and some of Maroon 5’s first shows ever. Since 2006, Jon has been booking The Glass House (Pomona, CA) with events such as Weezer, The Yeah Yeah Yeahs, Jesus and Marychain, Snoop Dogg, Refused, 2 Chainz, Mac Miller, etc. Jon books/booked music festivals such as Long Beach, CA’s Music Tastes Good (New Order, Janelle Monae, Ween, Sleater Kinney, The Specials, Lizzo, etc), Miami’s House of Creatives (Alt J, MGMT, MIA, Foster the People, etc), Isle of Light in the Dominican Republic (Gwen Stefani for March 2020 which unfortunately canceled due to the pandemic, Washed Out, Bad Bunny, etc), and Gridlife in three US cities (Killer Mike, Flosstradamus, Soulja Boy, Ghastly, Getter, Slander, etc). In 2017, Jon produced a sold-out live Bob’s Burgers music show in LA (two nights at the Orpheum). Jon also worked for such festivals as the Coachella Music and Arts Festival (2001-2016), First City Festival, All Tomorrow’s Parties (US & UK), Warped Tour, and Hootenanny.

While booking slowed in 2020, Jon bought a portable record player and spent his evenings listening to records on his patio. Mostly singles. Jon decided that he wanted to start another record label, only this time, singles only and editions of 200 only, no represses.