Earplugs Are Available – THE WEDDING PRESENT 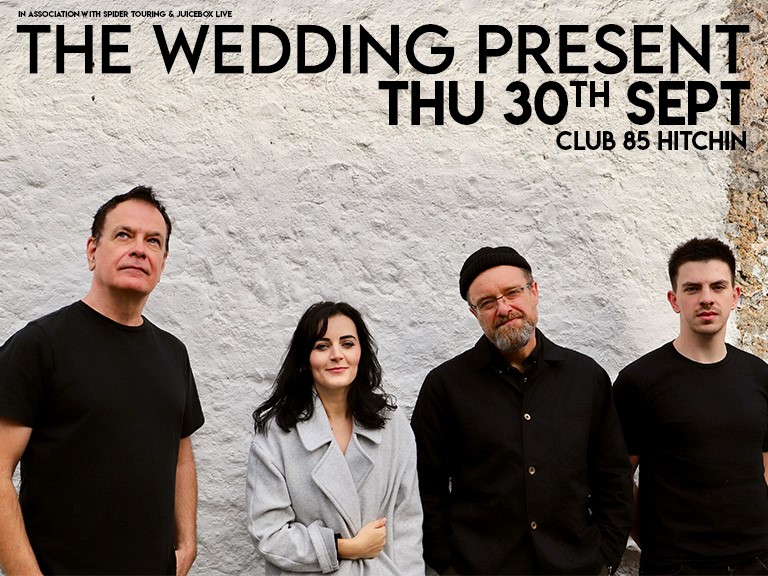 The Wedding Present have had eighteen UK Top 40 hit singles… not bad for a band that has, from its inception, stubbornly refused to play the record industry’s game. It all started in 1985 when David Lewis Gedge boarded a National Express coach in London with 500 records packed into a pair of his mother’s suitcases and, in this fashion, delivered the band’s debut single Go Out And Get ‘Em, Boy! to a distribution company in Yorkshire. That pioneering spirit has been at the core of the band’s philosophy ever since. From George Best, “an unmitigated delight” [NME], the first full-length release on their own Reception Records onwards, the band has charted an appealing, if often eccentric, course of its very own.

16+ with photo ID – younger patrons can be signed in at the door and accompanied for the duration of the show by a responsible adult.

Earplugs are available upon request (50p).

Like all gigs at Club 85 this event finishes in time for the last trains North and South to Peterborough and London.