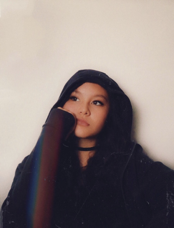 Still just 17-years-old, new YALA! Records signing Cathy Jain already possesses the voice, song craft and production skills of an artist on the cusp of a global breakthrough. It’s all there in her first single for the label, ‘Cool Kid’.

It’s a hazy, sun-kissed daydream of R&B-tinged alt-pop that showcases her unique sound while echoing the modernist pop of Billie Eilish, the production flair of Frank Ocean’s more soothing moments, and Lana Del Rey’s nostalgia for the recent past.

Written and produced in her bedroom studio, ‘Cool Kid’ finds Cathy channelling a topic that speaks to her generation: insecurities rooted in questions of identity and the realisation that people often aren’t how we perceive them to be.

“‘Cool Kid’ is about how so much of our time is spent trying to project images of ourselves to others, and how we define other people by projecting our own emotions onto them. I wanted it to have a laid-back vibe, this time with hints of R&B and hip-hop. It's a late summer evening by a river."

Premiered by Lauren Laverne on her BBC 6Music show today, ‘Cool Kid’ will be the BBC Introducing Single of the Week on Radio 1 from June 18th. It builds on her previous acclaim, which has included a Radio 1 play for her introductory track ‘I See Us In Heaven’ and a Top 5 position on the BBC Introducing Live Lounge talent search earlier this summer.
Cathy Jain was raised in China before relocating to the UK at the age of 13. She not only speaks fluent Chinese, but also plays the traditional instrument the guzheng, which reiterates her diverse talents as a musician, vocalist, producer and songwriter. 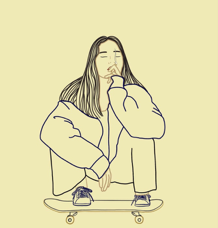 ‘Cool Kid’ is out now via YALA! Records.

'A summer hit waiting to happen'