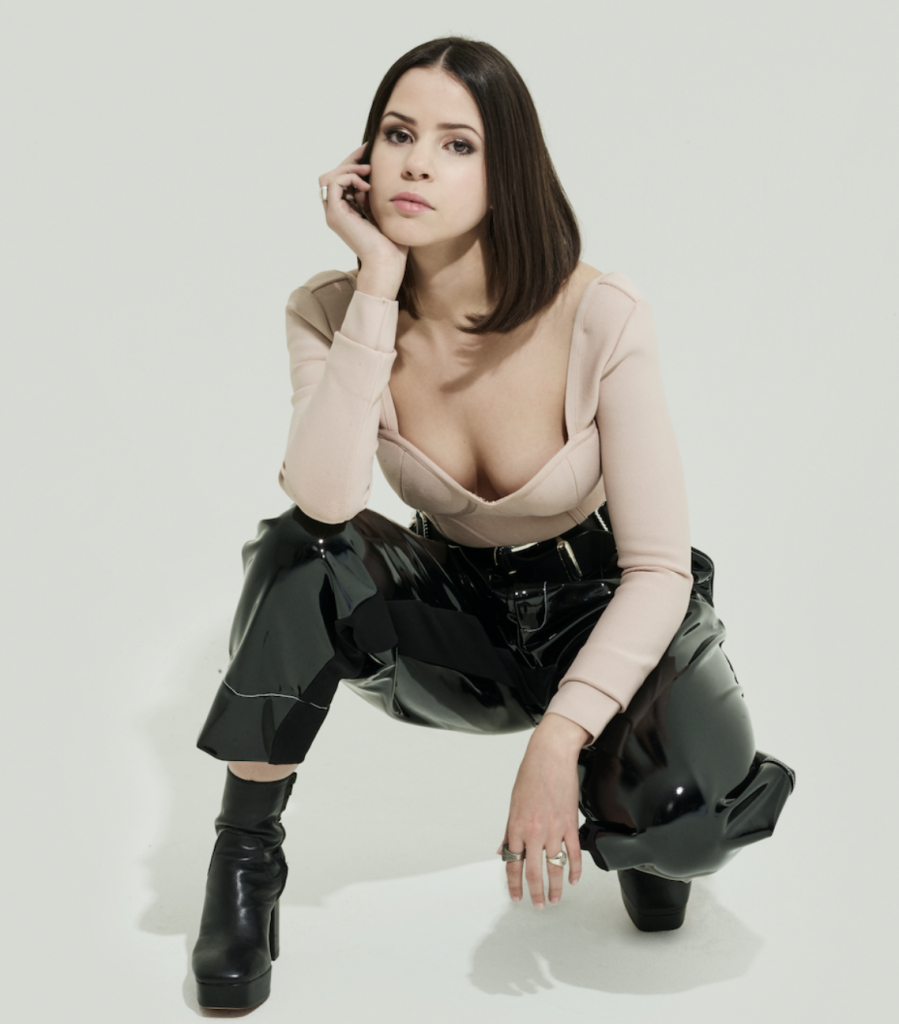 21 year old multi-platinum selling singer-songwriter Marina Kaye continues to push the boundaries in 2020 with her potent new single ‘The Whole 9’.

Picking up where she left off after dropping ‘Twisted’ at the end of last year, it’s a release that recommences her darker, sultry rebirth with suitably twisted piece of alt-pop.

Using her life experiences in the creative process has always been Marina’s gift. She began performing on stage at the tender age of 13. Her vocal talents and undeniable stage presence led to the release of her debut album, ‘Fearless’, with Universal’s Capitol Music. Aptly named, the release went on to top the charts in France, before being certified triple platinum. Not one to neglect her passion for performing, Marina has also supported the likes of Thirty Seconds To Mars, Florent Pagny and Lindsey Sterling. She’s played more than a hundred headline shows, most of which as a teenager.

“I never really thought I would be making music professionally. I’ve been singing since I was very young to heal myself and soon realised I could heal other people’s wounds with my music. Writing and singing have kept me going for the past 10 years and today, I feel stronger than ever about my decisions and the way I want to make music. This is what I was born to do. “ – Marina Kaye

It’s this wealth of experience, the good times and the inevitable scars that have provided the inspiration for her upcoming album. Her new project has a distinct feeling of an artist that’s built a thick skin through difficult experiences, but come out the other side with a devil may care attitude to songwriting. Her first album track ‘Twisted’ was an indication of her new direction and was picked up by New Music Friday playlists across Europe, as well as Wonderland Magazine, Hotpress, Celebmix and a number of key tastemakers. Now she returns with ‘The Whole 9’, a powerful electronic production that serves as a foundation for Marina’s anthemic pop topline. Lyrically the track brings a menacing aura and explores her difficult upbringing and the effect it can have on relationships. On the new single Marina states

“My childhood resulted in some deep scars leaving me with a complicated personality where things tend to be either very black or, less often totally white. Anyone wanting to enter my life, or keep up with me, has to try to deal with this without hurting me. I’m getting much better at managing my personality, but it will always be there. Building a lasting relationship means this person has to understand my past and accept this. The song is about letting this person into my life, with a reminder of how this can turn out.” – Marina Kaye