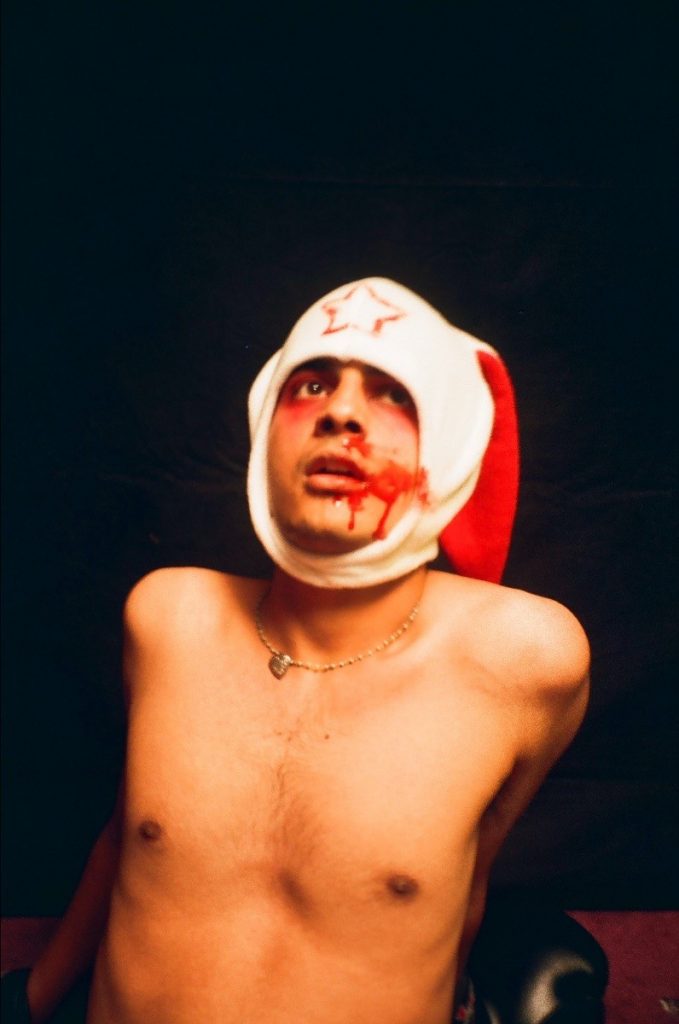 Curtis Waters returns today with a brand new multi-track release, ‘PLASTIC WORLD,’ out now via his own label and licensed through BMG.

The 2-track EP sees Curtis joining forces with the genre-bending duo Brevin Kim on “BAD MOOD” – a soft, moody, forlorn track with elements of hip hop and sad boy vibes, and “PSYCHO ICON” in which he taps into an alternative/punk vein picking up where “System” left off.

‘PLASTIC WORLD’ serves as the follow up to “Conceited” and “Doodoodoo,” which NYLON hailed for its “catchy-as-hell hook” with Alternative Press praising the track, citing its ability to “bring up your spirits with its bubbly tempos.”

Last year saw the releases of the Logan Fields-directed music video for “Better” (WATCH) and the Jovy Bergen-directed video for “Shoe Laces” (WATCH), both taken from his genre-defying debut album, ‘Pity Party,” which combine, further cements the talented 21-year-old as one of THE break out artists of 2020 and one to watch in 2021.

Back in the fall, Curtis Waters released his debut album, ‘Pity Party’ via his own label (licensed through BMG), which was written, produced, performed and mixed by the multi-talented artist, “‘Pity Party’ is an album I started when I was at a very low point in my life when I dropped out of college and moved back home last year.” Curtis shares, “I had a lot of time to think about all my struggles growing up as a brown kid in North America dealing with mental illnesses and the guilt that came with it. It’s about getting better at coping with life. I get a lot of brown kids messaging me telling me I make them feel like they can do anything too, which is awesome. Hopefully people can listen and feel less alone. That would make all the difficulties worth it.”

Made entirely in his bedroom at the home he shares with his family in North Carolina, ‘Pity Party’ features his debut hit single ‘Stunnin’’ Ft. Harm Franklin [Official Video], which is now certified RIAA Gold in the US and included in Rolling Stone’s ’50 Best Songs of 2020’ list at No. 26. The track, which entered the Top 40 US Radio charts is also certified Platinum in Canada and Gold in Australia, Mexico, Brazil, and India. ‘Pity Party’ also features fan favorites ‘System,’ [Official Video], ‘The Feelings Tend To Stay The Same’ [Official Video], ‘Freckles,’ [Official Video], “Shoe Laces,” and “Better” alongside 6 additional tracks. To date, Curtis has earned over 865 million global streams, 1 million user-generated videos, and was recently a part of the MCM The New Fragrance campaign.

Most recently, he was nominated for 3 JUNO Awards including Breakthrough Artist of the Year.

Curtis Waters was born in Nepal and migrated to Germany, then relocated to Calgary when he was a child. Eventually he and his family settled in North Carolina at age 17, where he lives with his parents and younger brother. Having never really fitted in, Curtis resorted to finding interests online and focusing on his creative endeavors as an escape from suburban life and his own mental health struggles. His love of writing poetry and doing graphic design as a kid evolved into teaching himself how to make beats and produce music using YouTube tutorials. He first started earning money at 14 by selling his beats to artists he met on Soundcloud, until Curtis eventually realized he should work on his own musical projects. Inspired by Kanye, Tyler, the Creator and Odd Future, Curtis started writing, producing and engineering his own tracks and releasing them online, quickly catapulting himself to this most current and exciting place in his burgeoning musical career; a debut album on the horizon, millions of global streams and critical praise from the likes of Rolling Stone, Pigeons and Planes, COMPLEX and more. As his star quickly ascends with fans all over the world now, 21-year-old Curtis Waters continues his pursuit to shake the status quo.

‘Pity Party’ is out everywhere now.